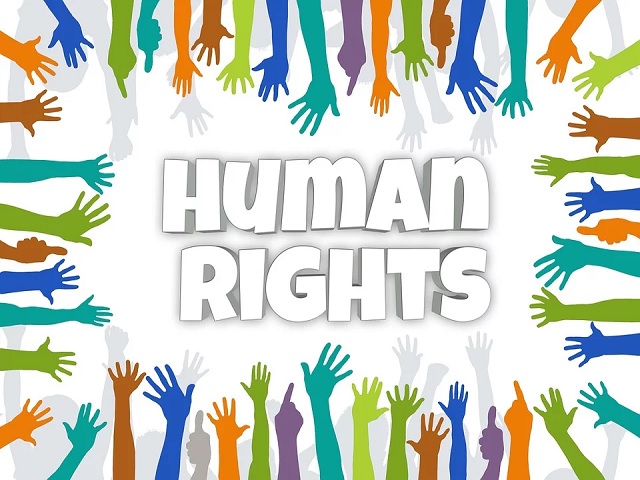 A Whimsical Celebration of Rights on Human Rights Day

We need to look beyond the prim and puritan idea of rights with the constitution as a guide like a cookbook, writes SHIV VISVANATHAN.

THE Delhi School canteen was home for great eccentrics in my time, playing host to everyone from Professor Jeet Singh Uberoi to my favourite philosopher, Ramu Gandhi. Ramu, as he was known by all, was a playful character, happier lecturing in the canteen than in class. He was convinced that both Wittgenstein and Whitehead sounded better over coffee than in class.

Ramu always argued that definitions are not only one duty of philosophy, the other is to provide a polysemy of interpretations, where the word as concept encounters a feast of meanings. I got to know Ramu during the Emergency. He always felt politics needed a kind of impressionism, where science acquired an aesthetic. An aesthetic of rights was essential for him otherwise he felt that rights became primly Victorian. Ramu tempted me to soak rights in multiple time. He made me perform the exercise often.

Ramu felt that linear time created the concept of development, which was a sterilised reincarnation of progress. This he felt destroyed both social science and the idea of rights. Rights, he claimed only became rights when they enfolded in time.

For example, sustainability is not sustainability if located in linear time. Rights to be sustainable needed multiple time. Ramu felt that linear time created development, which he felt destroyed both social science and the idea of rights.

I was wondering what Ramu would say about rights today. I can see him in the canteen avoiding class pretending he had digital depression. For Ramu, philosophy was an oral affair and the first thing he would demand is a right to orality and a right to power of memory that orality creates. He would hint that the old social contracts that Hobbes, Locke and Rousseau created were outdated myths.

We need a social contract written in multiple time where the oral, the digital and the textual had full play. To destroy the oral, he would claim, was to make people like him redundant. A university is sustained by oral traditions. Gossip cannot be gossip till it is oral and without the gossip of knowledge a university would not survive. I can see Ramu practicing maun vrat during web-in-air seminars as a playful act of Satyagraha.

The COVID would have fascinated him. The COVID was full of stereotypes about old age. Old age in fact was declared a form of obsolescence. The old man is no longer shaman or storyteller. He is declared obsolete. Ramu would have argued that one needs rights against obsolescence.

Obsolescence is a disease of linearity and what he would have argued for is a right to multiple time. This would include a right to the future, a right to alternatives. The sadness of technology, he claimed, was that it preempts alternative futures.

The right to alternatives he often playfully suggested was more important than a right to history. Multiple time, he argued, made you a patriot of several countries.

The Constitution he felt should be more like a cookbook offering, not rights as a clinical guarantee but a festival of excess.

I can see him playfully arguing that a Constitution should be more like a cookbook, like that delightful mixture of chat and papdi he doted on at Delhi’s Bengali market.

He claimed rights needed a sense of excess, like desire. A calibrated sense of rights he often felt created a dismal science of rights. Rights should exude excess only then did they have a sense of dwelling.

I can see him playfully arguing that a Constitution should be more like a cookbook, like that delightful mixture of chat and papdi he doted on at Delhi’s Bengali market. Right then would be a sense of surprise not just a dose of predictability.

There is a penumbra of a world around rights, a shadowy backstage it needs to be aware of. Without this tacit sense, rights often appeared in starched uniforms in starched occasions. Citizenship became predictable when it should explore layers of being beyond contract and the official.

The tacit language of rights fascinated him. They referred to a word beyond contract and cost-benefit. This was partly because Ramu was fascinated by language.

He often asked what can rights say about waiting, silence, despair. There is a penumbra of a world around rights, a shadowy backstage it needs to be aware of. Without this tacit sense, rights often appeared in starched uniforms in starched occasions. Citizenship became predictable when it should explore layers of being beyond contract and the official.

Adulthood trimmed rights with an economy of duties. Knowing Ramu, he would have filed a case against IIT and their entrance exams for destroying childhood.

For example, he would be more fascinated by the rights of childhood than that of adult citizenship. Childhood, he felt had a vulnerability that needed to be protected. Ramu’s rights to a kindergarten would include a right to play, a right to the sacred, a right to irrelevance in a world where children were already being industrialised. He would demand a right to storytelling, a right to memory as a commons. Only in childhood can rights be excessive.

Adulthood trimmed rights with an economy of duties. Knowing Ramu, he would have filed a case against IIT and their entrance exams for destroying childhood. A tutorial college is the end of childhood. It demands relevance long before it is necessary. Behind the playfulness, there was a sense of loss of what development was doing to India. He called it the assembly line of puritan duty and warned one against it. It is childhood that creates power of difference.

A child understands dissent the way adults do not, as playfulness of difference.

I remember Ramu on Human Rights Day because he was worried rights were becoming prim and puritan. He would have invented rights for every occasion. I am sure he is telling the Gods how to achieve that now. He must be keeping a pantheon busy.

(Shiv Visvanathan is an Indian academic best known for his contributions to developing the field of science and technology studies, and for the concept of cognitive justice- a term he coined. He is currently a Professor at O.P. Jindal Global University, Sonepat. The views are personal.)