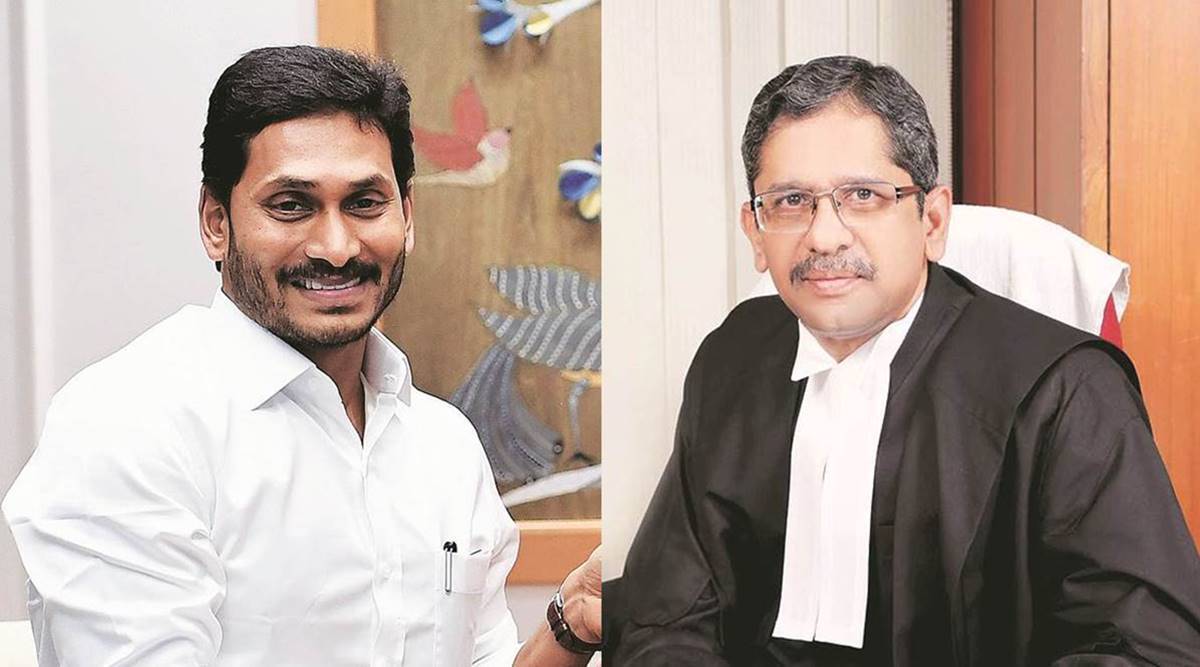 The letter should not have been made public

This letter cannot be taken lightly not only because its contents are unsubstantiated but also for the practice adopted by the Chief Minister in releasing it to the press.

There can be a difference of opinion on the issue as to whether a Chief Minister, being the constitutional head of the state, should write a letter directly to the Chief Justice of India if he notes some serious irregularities or has routed it through the Governor.

The only inference to be drawn from the act of putting the letter in the public domain is that the Chief Minister wanted to publicly humiliate the senior-most judge of the country.

But, there cannot be any difference of opinion on the issue of whether a  letter of this nature should be brought into the public domain when it concerns a judge or any other constitutional authority.

The only inference to be drawn from the act of putting the letter in the public domain is that the Chief Minister wanted to publicly humiliate the senior-most judge of the country and also that he had little faith in the Chief Justice of India of taking his letter seriously and acting on it. In other words, one would be at liberty to infer that it was a deliberate act to put the office of Chief Justice of India under direct pressure.

On meticulous reading of the letter, one wonders what exactly Reddy wants from the Chief Justice of India. There is no action requested in the letter, not even an investigation into the allegations. There are unsubstantiated allegations to the effect that the relatives of the judge had knowledge about some transactions of sale and purchase of land. However, he cannot expect the Chief Justice of India to take cognisance of allegations based on assumptions.

The letter appears to be a very irresponsible and amateurish misuse of the Chief Minister’s authority as a senior constitutional functionary.

The letter goes on to make aspersions of external influence on the stay order that was recently passed by the Andhra Pradesh High Court. The letter then makes assumptions on the proximity with the former Chief Minister of Andhra Pradesh by placing heavy reliance on interviews and letters of a former judge of the Supreme Court of India.

Let us assume that the judge in question has had proximity with the Former Chief Minister. But, how is that relevant? How does it follow that judicial orders of the High Court of Andhra Pradesh have been influenced to be favorable to the former Chief Minister?

In fact, a comprehensive reading of the letter takes you nowhere. It is difficult to make out what relief or action the author expects from the Chief Justice of India. The letter appears to be a very irresponsible and amateurish misuse of the Chief Minister’s authority as a senior constitutional functionary.

This is an attempt at overreaching the judges and intentionally interfering with the administration of justice, which is nothing short of serious contempt of court.

The letter points out that a Cabinet sub-committee was constituted in June 2019. It alleges that the said sub-committee submitted its prima facie findings and the Government of Andhra Pradesh has already forwarded the report to the Union of India requesting an investigation by CBI. It further says: “I believe and I am assured by my legal advisors that the State Government itself would be constitutionally competent to initiate appropriate proceedings against various individuals involved in the above mentioned various activities”.

But interestingly, despite believing that he can initiate proceedings, he preferred to pass the buck onto the shoulders of the Chief Justice of India. He is conscious that if he initiates legal action then he would also face criticism for political vendetta.

Thus the Chief Minister has approached the Chief Justice of India by way of a direct letter in relation to a matter which is sub judice under the SLP.

This indicates that the object of the letter was simply to put the allegations in the public domain and attempt to interfere with the functioning of the judicial process.

What is far more serious is that the Chief Minister has jumped the guns on the basis of the prima facie finding of the Cabinet sub-committee, without even waiting for a response from the Union of India.

The letter also refers to the FIR and investigation that has been launched regarding the involvement of a few individuals, including the two daughters of said judge, in the purchase of land in the area of the proposed capital. This FIR was challenged in the High Court of Andhra Pradesh and the High Court granted an ad-interim stay of further investigation vide order dated 15.09.2020.

The letter also discloses that the State of Andhra Pradesh has filed a Special Leave Petition (SLP) before the Supreme Court against the order of the High Court which is listed for hearing on October 26. Thus the Chief Minister has approached the Chief Justice of India by way of a direct letter in relation to a matter which is sub judice under the SLP.

This amounts to a serious attempt to interfere with the process of administration of justice by attempting to overreach the judges for a matter which is yet to come up on the board for hearing.

Suspicious timing of the letter

The timing of the letter is also a matter of serious concern.

The current government came to power seventeen months ago. The sub-committee was constituted on June 26, 2019, and the reference letter was sent to the Union of India seven months back on March 23, 2020.

Moreover, in the past, we have seen a concerted attempt to challenge the appointment of the said judge as a judge of the Andhra Pradesh High Court by way of a writ petition in 2000, which was dismissed by the Supreme Court.

The timing then and now speaks volumes about the fairness of the entire exercise and the agenda behind.