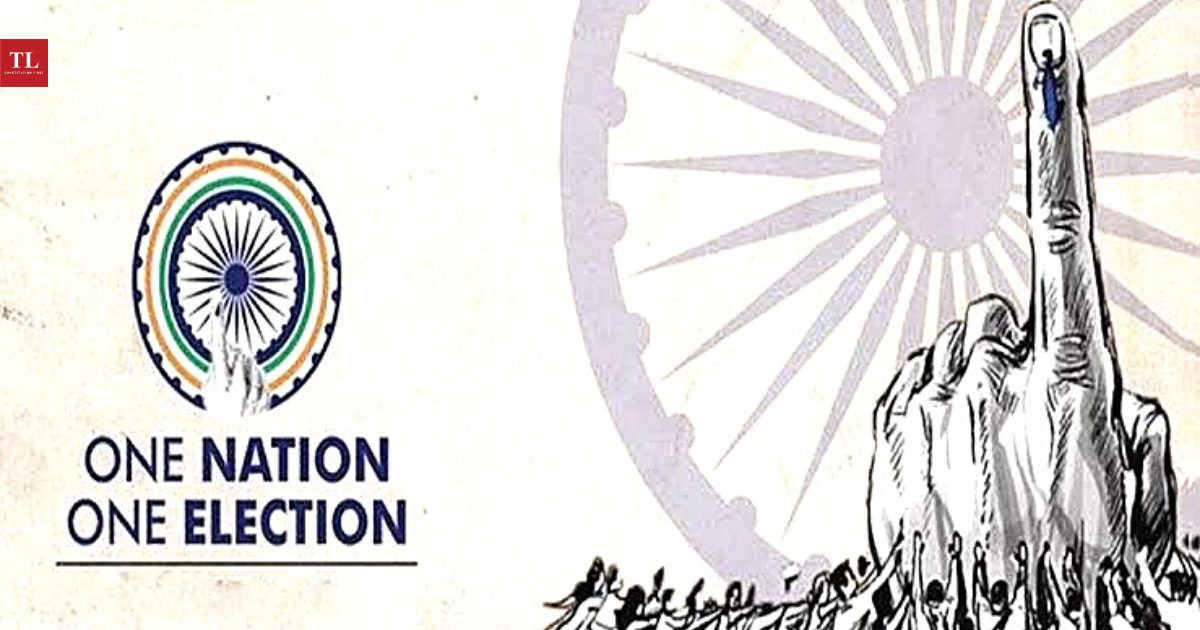 Why simultaneous election is a dangerous idea

Should people not be given a chance to express themselves when faced with a colossal governance failure like the one we have seen in recent months? Voters in the recently held UP Panchayat polls handed a crushing defeat to the ruling party in the state. Under a five-year rule, they would have had to wait till 2024. Simultaneous polls is not a good idea, argues ASHISH KHETAN

DEMOCRACY is a messy affair. Frequent elections make it even messier. To ‘resolve’ this mess, Prime Minister Narendra Modi has been pushing the idea of ‘One Nation One Election’.  In June 2019, Modi had convened an “all-party meeting” to discuss simultaneous polls.  In November 2020, Modi called it “the need of the hour”. He said, “it is not a matter of debate but what the country needs.”

In an opinion piece published in a leading English daily on June 5 the former CAG and home secretary, Rajiv Mehrishi, has once again made a strong pitch for holding simultaneous elections, calling it “an idea whose time has come.”

The debate on the frequency of elections is an old one.

Jean-Jacques Rousseau argued in The Social Contract that the English were free only once every five years when they exercised their vote to elect Parliament. “The moment a people allows itself to be represented, it is no longer free: it no longer exists,” Rousseau wrote.

For Senators, Madison proposed electing them every seven years.

Alexander Hamilton wanted Senators and even the President to serve for life. A bureaucrat or a politician in the future could very well argue that PM for life is an idea whose time had come. But that is a debate for another time.

It is axiomatic that to secure a republican government, elections are a must.  But should they be held once every two years, three years or five years? Why not once in ten years?

After weighing various factors like responsiveness, effectiveness, accountability, and legitimacy of elected assemblies, the Indian constituent assembly fixed the term of parliament and state assemblies as five years. But there is a rider: the president and a governor may dissolve the Lok Sabha and a state legislative assembly before its term ends.  Normally this happens when the composition of the House fails to form a government.

In defence  of the idea of simultaneous polls, Mehrishi has repeated the reasons spelt out in the draft report released by the Law Commission of India in August 2018 which argued that simultaneous elections will:

After spending three-fourth of his column on spelling out the direct and indirect, hidden and overt costs involved in holding frequent elections, Mehrishi, paradoxically, dismisses the significance of the cost argument. “If protecting democracy and federalism carries a high cost, so be it,” he writes. He then frames the debate to the moot question: “Do simultaneous elections compromise democracy and federalism?”

He concludes that it will not weaken federalism, state legislatures or regional parties. He says “with the current anti-defection law, it is virtually impossible for a ruling party or a coalition to lose numbers.” But there are various possible scenarios that Mehrishi does not address.

For example what happens when no single party or a coalition of parties has the majority. Does this mean five years of President’s Rule for states that do not deliver a clear mandate?

Remember, when Delhi chief minister Arvind Kejriwal resigned after 49 days in the government in February 2014, the Delhi assembly was suspended and the capital city-state was put under president’s rule.

Delhi then had a three-way hung assembly. If there had been a five-year election rule in place, the people of Delhi would have waited till 2019 to cast a fresh ballot and denied a representative government. The once in five years election rule would perhaps have pushed AAP into oblivion.

Now consider another scenario when a government falls mid-term. Mehrishi argues that “even if a Prime Minister or Chief Minister loses a vote of confidence, those who voted against-have a majority, and their leader should become the Prime Minister or the Chief Minister. The dissolution of Parliament or Assembly is not a necessary consequence.”

It’s strange that Mehrishi has chosen to completely ignore recent history. The last few years have shown how alternative ruling coalitions invariably coalesce around the party in power at the Centre. Karnataka, Madhya Pradesh, and Arunachal Pradesh are a case in point. In these states, the BJP converted its minority status into a majority by engineering rebellion, then getting rebel MLAs to defect and then getting them re-elected on BJP tickets.

Recent events are also a testament to how the incumbent BJP government has misused the Central Bureau of Investigation, Enforcement Directorate, and Income Tax Department, during and after state assembly elections, to tilt the political scales in its favour.

When seeking a fresh mandate will no longer remain an option, legislators from opposition parties might find aligning themselves with the ruling party at the centre as a safe harbour under a five-year election system.

Mehrishi has also claimed that “votes cast the same way may, as they have in the past, regional parties tot up a nice enough number in Parliament to be a part of the central government”. The data, on the contrary, shows that with Lok Sabha polls becoming increasingly presidential in nature, regional parties are at a disadvantage, while they tend to do better in assembly and local body polls.

In the recent polls held in West Bengal, the  BJP’s vote share dipped from 40.7% secured during the 2019 Lok Sabha elections to 38.13% in the assembly polls.

There is a serious doubt that such contrasting mandates would have materialised if state and general elections were held simultaneously in both Delhi and West Bengal.

Publicly available data also shows that regional parties have a fraction of the resources national parties like BJP and Congress have. Even between the two, BJP is a far richer party than the Congress (perhaps by virtue of being in power for the past seven years or for other reasons).

How will simultaneous polls ensure a level playing field for regional parties as compared to national parties?

At least when the assembly polls are delinked from the parliamentary polls, the regional parties by dint of more intimate and personal outreach (like by doing door to door canvassing, holding Mohalla level meetings, and numerous small rallies, carrying out phone call campaigns, et all) try to compensate for the lack of commensurate funds at the disposal of bigger parties like BJP.

Again, AAP and Trinamool Congress are good case studies. Both are adept at more proximate, personalised, and drawn-out assembly election campaigns than competing in Lok Sabha elections which are high-decibel, high-expense electoral battles and are fought on national and sometimes emotive issues.

In the din of Lok Sabha polls, regional parties might find it difficult to convince the electorate of their poll agenda for the assembly election at a time when the public imagination is gripped with national issues like terrorism, national security, or who should be the next prime minister.

What chance does a local development agenda centered on water, electricity, education, and health, have in front of an issue like the Balakot airstrikes?

In all probability, big money and muscle power will further dominate the electoral landscape, if polls become simultaneous. The more resourceful a party, the greater its control over the public narrative.

The electorate will also be deprived of the opportunity of self-correction which will be fatal for our democracy. In politics, a year or two is a long time, and five years is almost a lifetime.

Who would have imagined a sharp fall in the fortunes of BJP and Prime Minister Modi until January 2021 when the Covid-19 virus had been “vanquished” and Modi’s approval ratings were at all-time high?

Should people not be given a chance to express themselves when faced with a colossal governance failure like the one we have seen in recent months? The voters in the recently held UP Panchayat polls handed a crushing defeat to the ruling party in the state. Under a five-year rule, they would have waited till 2024.

These are only some of the reasons why the idea of simultaneous elections is a dangerous one. If it ever comes to pass, it will diminish India’s federal democracy.

(Ashish Khetan is an author and lawyer. He specialised in international economic law at Cambridge University. The views expressed are personal.)