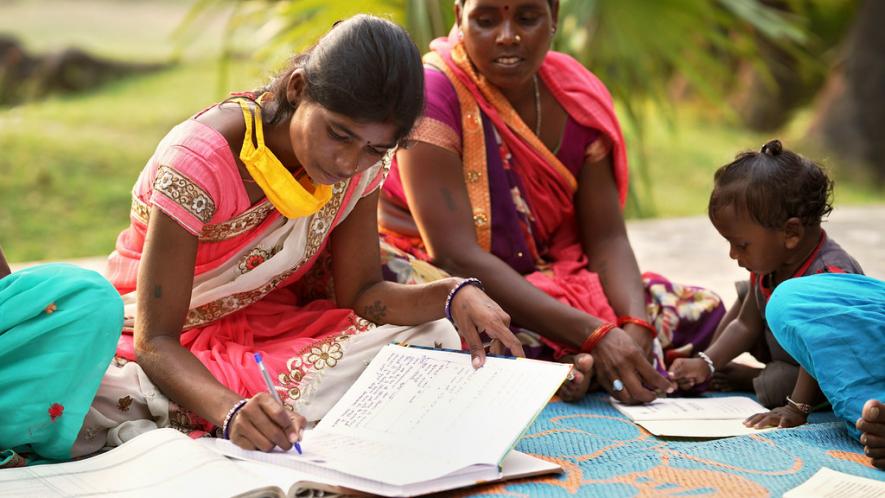 Is the government miserly, has the Covid-19 crisis squeezed budgets, or is it sheer neglect of the rights of the weakest? Some numbers speak for themselves.

For centuries, India’s oppressive socio-economic scenario prevented the weakest sections of its society from quitting their traditional caste-based occupations and moving up the socio-economic ladder. To change this system, which narrows access to education and work opportunities, successive Indian governments have launched numerous targeted schemes. These schemes aim to raise aspirations by improving access, such as through residential schools for Scheduled Castes students, or programs that encourage new livelihood or entrepreneurial opportunities among members of de-notified tribes and nomadic or semi-nomadic communities.

However, since last year, these schemes have faced arbitrary budget cuts. Even their allocations in 2022-23 are either too low or their allocations are featured vaguely in official documents. The cuts we are looking at cannot just be explained away as the general tendency to cut welfare allocations when there are resource constraints. In some schemes, prejudice equally appears to be behind the frequent and severe budgetary cuts.

Very often, residential or hostel facilities are the only way students from weaker sections can progress in their education. However, the Sreshta scheme (Scheme for Residential Education for Students in High School in Target Areas), launched last year to provide quality residential schools for Scheduled Caste students, defeats the very possibility that it holds out. For, in 2021-2022, it was allocated Rs. 200 crores, but the RE or Rs. 63 crores severely limited its potential. Hundreds of youngsters are denied an opportunity when a budget cut of over two-thirds hits a scheme. This year, the BE is Rs. 89 crore, far lower than the requirement.

The list of schemes that the government has launched for the economically weaker sections and whose budget it has slashed is virtually endless. VISVAS, a financial assistance scheme for deprived social groups, saw one of the most significant cuts. In BE 2021-22, Rs. 150 crores was allocated, but the RE pulled it down to just Rs. 20 crores. Here, again, the BE for 2022-23 is Rs. 80 crore, which seems to indicate complete disinterest in reviving it.

These reductions are a cause for concern because they hurt the weakest sections. One explanation for the authorities’ miserly approach is unjustified concerns over independent views expressed by empowered scholars from these weakest sections from time to time. Since their communities have historically faced discrimination and injustice, how can India hope to cure their problems without listening to those who have lived experiences? Scholars from the target communities must have an important say in matters related to their advancement.

Yet, the budget cuts point towards attempts to restrict alternative viewpoints. Is this not another reason why the educational and aspirational schemes for the deprived sections are being discouraged in successive budgets?

Take the crucial self-employment scheme that promises new and diverse livelihood avenues for former manual scavengers. Its BE in 2021-22 was Rs. 100 crore, but the RE cut it to Rs. 43 crore. This cut came despite reports and news breaks informing the public of the great hardships this marginalised community faced during the Covid-19 pandemic. Then again, in the BE for 2022-23, this scheme got just Rs. 70 crores.

It would not be hard to conclude that discrimination dictates many budget cuts, for even SMILE, which supposedly supports marginalised individuals with livelihood and enterprise efforts, got just Rs. 70 crores in BE 2021-22. It was later brought down to Rs. 35 crores. Nobody would have greeted such a big cut with a smile. Now the same scheme has got Rs. 45 crore in 2022-23, lower than the previous years’ BE.

The government widely publicised the launch of SEED, a scheme for to empower de-notified, nomadic and semi-nomadic tribes economically. So much so that news reports in both 2021 and 2022 announced the launch of this scheme! For the millions who fall in its ambit, this scheme is supposed to cover education (including special coaching classes), housing, livelihoods and health needs. Naturally, the Rs. 50 crore BE in 2021-22 cannot achieve these objectives, and seeing this year’s BE of Rs. 28 crores, one should perhaps assume the scheme is dead in the water.

The expenditure profile released by the Ministry of Finance in February 2022, shows the actual expenditure incurred on numerous schemes in 2020-21. The National Fellowship for Scheduled Castes cost the government Rs. 119 crore, National Fellowship for OBCs and EBCs (Rs. 33 crores), Free coaching for SC and OBC students (Rs. 12 crores), Top Class education for SCs (Rs. 53 crores), National Overseas Scholarship for SCs (Rs. 33 crores), National Overseas Scholarship for OBCs (Rs. 33 crores). However, the columns detailing allocations for these schemes for the next two years are blank in the expenditure profile. Does it mean lower allocations, a merger of schemes, or both? Nobody knows.

And then there are schemes like the National Overseas Scholarship scheme administered by the Ministry of Social Justice and Empowerment, which does not just have a budget problem. It has introduced unnecessarily restrictive conditions as well. The latest guideline makes it mandatory that students seeking this scholarship cannot study the social sciences (anything “concerning Indian culture/heritage/history/social studies”).

On the whole there is reason for concern over the adverse impact of arbitrary and massive cuts in allocations of some important schemes for the weaker sections, and the uncertainty about the government’s future plans for them.