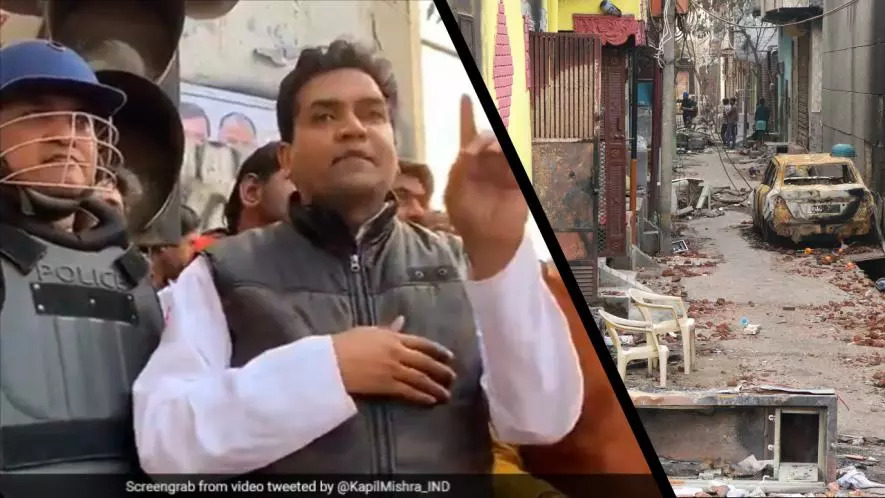 Despite multiple damning orders by Delhi courts, the city police has woven its entire theory around protests against the Citizenship Amendment Act (CAA) — accusing those who were actively opposing the controversial legislation of hatching a “conspiracy” to cause communal violence in the North-East district of the national capital.

At least 53 people lost their lives and hundred others suffered injuries in the riots that erupted on February 23 evening and continued till February 27 last year in the Trans-Yamuna area.

However, a closer look at the turn of events paints a completely different picture — which investigators seem to have conveniently ignored. With this, serious questions have been and continue to be raised on the fairness of their year-long investigations — which are set to be scrutinised by courts as the trial begins.

The Delhi Police, in a nutshell, is claiming in a series of chargesheets that the anti-CAA protesters (pre-dominantly Muslims) first started the violence and that the supporters of the law (the right-wing Hindu groups) retaliated. In spite of presence of ample evidence to prove that the violence reportedly began following a provocative speech by Bharatiya Janata Party leader Kapil Mishra during a pro-CAA rally at Maujpur traffic signal, close to Jaffrabad Metro Station, the police seem to be hiding the fact by choosing not to address the flashpoint of the riots.

Even though the investigators allegedly appear to be working as hard as possible to prove the alleged conspiracy, they failed to explain in the chargesheets as to when it was hatched. Further, the inflammatory speech of the BJP leader on February 23 at Maujpur is also conspicuously absent from their much talked about “chronology of events” that has been mapped in most of the chargesheets.

The police have insisted that violence began from Chand Bagh, where incidents were reported on February 24.

Eyewitnesses’ accounts; contents of the WhatsApp groups chats of Delhi Protests Support Group (DPSG), which have been presented as one of the evidence; the questioning of Mishra and the chargesheet, based on the FIR no 59 filed in the main “conspiracy” case registered under stringent sections of the anti-terror law Unlawful Activities Prevention Act (UAPA) and investigated by the Special Cell suggest that the pro-CAA agitators started pelting stones at the men and women who had been staging a sit-in under the Jaffrabad Metro Station against the new citizenship law.

Mishra, as per the chargesheet based on FIR no. 59, left the pro-CAA rally at around 4:35 PM on February 23 after delivering the reportedly controversial speech at the Maujpur trisection under the Maujpur-Babarpur Metro Station. Notably, the police theory does not mention the nature of Mishra’s speech.

Nearly an hour after the speech, a strong mob reportedly gathered there and started pelting stones towards the Jaffrabad anti-CAA protest site. The mob was allegedly led by the far-right Ragini Tiwari, who was also doing a Facebook live — instigating people to take part in the violence and attack Muslims.

This reportedly led to a tense atmosphere in the area, making anti-CAA protesters staging dharna in other northeast Delhi neighbourhoods, such as Kardampuri anxious. Eyewitnesses have said that they could hear screams of people and the riot approaching Kardampuri, which too had an anti-CAA protest site at a bridge near Kabir Nagar.

While the Delhi Police have used the transcripts of the WhatsApp group, where members were seen discussing how anti-CAA protests should be organised for maximum impact, as one of the most crucial evidence to prove the alleged conspiracy, the same chats have evidence that the rioting started from Maujpur after Mishra’s speech. But in the “chronology of events” presented by the police in the voluminous document, this does not find a mention.

A message shared on the DPSG WhatsApp group at 5:38 PM corroborates the fact that the violence had already started on February 23 afternoon. “Pro-CAA protesters are pelting stones at the locals and anti-CAA protesters in the Maujpur area,” reads the message.

Some time after this message was circulated, members of the group started sharing video of the same.

Though the rioters allegedly laid a siege in the area, continuing to mobilise people, but no untoward incident took place that night. By 4 PM on February 24, the anti-CAA protest site at Kardampuri was reportedly set on fire. Heavy stone pelting allegedly began at the Kardampuri bridge, which had been blocked by the anti-CAA protesters to ensure the other side does not enter the locality.

The rioting then spread to other parts of the area such as Yamuna Vihar, Vijay Park, etc. The communal violence enveloped new areas such as Chand Bagh and Bhajanpura to later fan out in Shiv Vihar, Brijpuri and Mustafabad by February 24 till early February 25.

The police however has different version about the beginning of the violence.

According to investigators, as one of the supplementary chargesheets in the “conspiracy” case, the unrest began pertained following the events of February 24 at Wazirabad and Chand Bagh areas. They have alleged that anti-CAA protesters roped in a minor to destroy CCTV cameras in the areas to avoid any video recording of the violence.

However, local residents allege police complicity, brutality and inaction in the area. For instance, they say, few women protesters at the Chand Bagh anti-CAA agitation site were allegedly thrashed by the cops. “They suddenly lathicharged us on February 24 at around 11 AM without any provocation. They had also picked up few male protesters, who were later released after we registered a strong protest. Cops once again began lathi-charge at around 12 noon. This time, they had also resorted to tear gas shelling. The police were accompanied by civilians who had gathered there to create disturbances. The police had allegedly joined the rioters and also hurling stones at the protesters,” one of the protesters who was present alleged.

The question that arises now is why are the police not acknowledging the role of Mishra’s alleged hate speech in the eruption of communal violence.

WHAT DID DELHI PROTESTS SUPPORT GROUP DO?

A detailed analysis of the case addresses this query. A close examination of the WhatsApp group, DPSG reveals that a number of the group members were discussing ways to de-escalate tension in the area, instead of “conspiring to engineer riots”. But the investigators seem to have been selectively and partially using the chats out of context, conveniently ignoring the conversations that negate their story.

For instance, one member of the group wrote, “At least we should not appreciate more sit in Muslim dominating areas. Plus if there’s any plan for sit-in then do it on the strategical location where your voice can be heard, not at your safe zone where hardly anyone cares and affect locals. People will exhaust their resources out of emotions (sic).”

Another warned on February 23, “What needs to be ensured at all protests is that it doesn’t slip into a communal confrontation. And that will be the biggest danger as this second phase becomes more confrontational. It would be sensible to take two steps back if there is any danger of a communal conflagration. The Hindutva brigade has been extremely restive and confused by the nature and language of the protests until now. They also know how critical the NPR boycott is for the movement and will try their best to bring this to the field they are most comfortable with – communal tension and divide. This movement needs to be hyper aware of this probability and not let it happen.”

In fact, the very first message in the group just after it was formed on December 29, 2019, reads:

“The State’s reaction should be predicted, and we must be prepared for it

— They can discredit by lying

— They can discredit by pitting Hindus vs Muslims

— They can discredit by calling it an urban naxal instigated phenomenon

— Use force to crush

Variations of all the above are already in play.”

The same message in the group further added, “The Central government is intent on stamping out the movement or converting the protests into communal confrontations. It would be disastrous to fall into that trap.”

After the riots unfolded, many key members of the group wrote to the then Delhi Police Commissioner Amulya Patnaik — asking him to bring the deteriorating law and order situation under control.