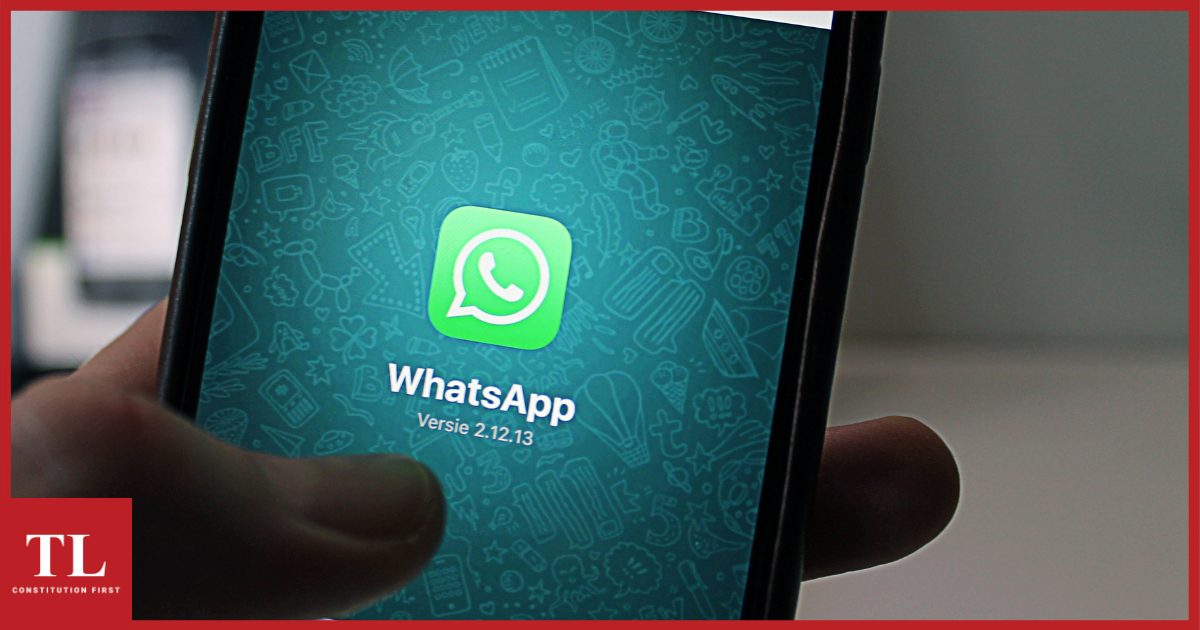 WhatsApp – the messaging platform owned by Facebook – has filed a petition in the Delhi High Court, challenging the constitutionality of certain clauses of ‘The Information Technology (Guidelines for Intermediaries and Digital Media Ethics Code) Rules 2021, in particular, the provision mandating It to identify the first originator of information, the Indian Express has reported.

The petition has been filed on the eve of the deadline to comply with the new IT Rules.

On February 25, the Central government introduced ‘The Information Technology (Guidelines for Intermediaries and Digital Media Ethics Code) Rules 2021.’ These were intended to be complied with by May 26.

Section 4(2) requires social media intermediaries that provide messaging services to “enable the identification of the first originator of information.” Whatsapp has challenged this section, on the grounds that it violates the fundamental right to privacy. Citing KS Puttaswamy v. Union of India (the 2017 Aadhar judgement), it has prayed for the prevention of criminal liability in the event of non-compliance with judicial orders for traceability.

Whatsapp has stated that it employs ‘end-to-end encryption,’ which would need to be broken in order to comply with the government’s Rules, which are said to be at odds with the essence of such encryption. It would also entail a large-scale exercise of collecting overwhelming amounts of data on a regular basis.

Whatsapp employs ‘end-to-end encryption’ for all the messages sent using the application, and it has stated that this provision would have to be broken to comply with the Central Government’s Rules. Stating that the process mandated by the rules is at odds with the nature of this encryption, Whatsapp also published additional information on its ‘Frequently Asked Questions’ Page.

It lays out that complying with the new Rules would result in a reversal of due process – while in most situations the tracing begins with the individual’s account information, in this situation Whatsapp would have to search by messages or other media. The page reasons that this type of search essentially creates a system of mass surveillance, accounting for messages that could very well have been sent to and by multiple sources, and then tracking the first sender.

The spokesperson for the ‘social media intermediary’ also stated that they would “continue to engage with the Government of India on practical solutions aimed at keeping people safe, including responding to valid legal requests for the information available.”, Indian Express reported.

Facebook, Whatsapp’s parent company, on Tuesday said that it was “working to implement operational processes” to comply with the new Rules.

It must also be noted that none of the three biggest social media intermediaries in India have complied with the Rules so far. They are yet to appoint chief compliance officers, grievance officers or nodal contact persons.

The aforementioned statement by Facebook, the notices served at the offices of Twitter India and now, this petition filed by Whatsapp coupled with the non-compliance as of 26 May 2021, the Central Government’s response remains to be seen.