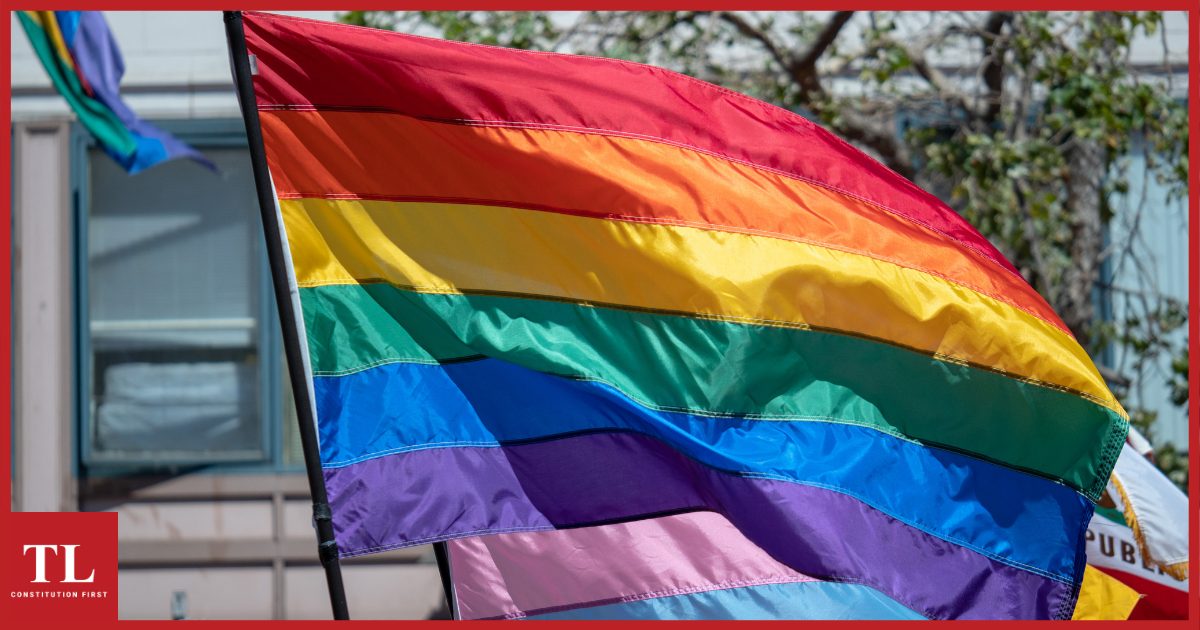 What do Queer People Need from the Law?

There is a way in which the state can control us even when it passes out rights. That is why queer people—the “LGBTQIA movement” as a collective—needs to carefully assess what legal, social, and economic rights, it considers worth fighting for, writes DHARMESH.

“WE are also of the view that the Union of India shall take all measures to ensure that this judgment is given wide publicity…and initiate programs to reduce and finally eliminate the stigma associated with such persons. Above all, all government officials, including and in particular police officials, and other officers of the Union of India and the States, be given periodic sensitisation and awareness training of the plight of such persons in the light of the observations contained in this judgment.”—Justice RF Nariman, Supreme Court, in Navtej Singh Johar vs Union of India.

The Union government has passed the Transgender Persons (Protection of Rights) Act, which transgender groups and individuals have called the “bill of wrongs”. This act has criminalised traditional transgender families (gharanas) and throws transgender people to the mercy of the pharma-industrial complex. It also ignores NALSA guidelines and gives state sanction to treat transgender people as less than men/women.

There are certain pitfalls in relying on the law for justice for minority groups. We saw this in America and other Western countries, where laws to combat hate crimes only increased the powers of the police and prosecution and reproduced race/class violence in new forms. We need to think very differently about how we can ensure legal and constitutional rights for queer persons in India who face multiple socio-legal challenges. The insistence must be on ensuring rights for queer people without criminalising others.

We need to radically transform our understanding of justice, move away from carceral and towards reformative justice, and prioritise intersectional approaches to queer rights.

Many political parties that rely on the heterosexist and homonormative assumptions of queerness have placed some of the demands of the movement in their manifestos. Whether they are committed to it or not remains to be seen. Even if they are committed and implement the laws, it would benefit only a small percentage of queer persons, as for the majority of queer persons, their struggles lie beyond the perceptions of urban Savarna queers.

As we see in the hailing of judgments that “allow” transgender people to join the military and police—two structures that have actively harmed queer, disabled and marginalised communities—we must also realise how the state apparatus operates to expand itself and include marginalised identities only to strengthen its hold on their oppression.

Last year, I told a friend I have no interest in bringing queer people to the mainstream but want the mainstream to become queer. He laughed. He could not imagine the social structures he relies on and benefits from could fundamentally change.

Our understanding of what queer people need is marred by what we consider to be normal. This impossibility to imagine is not just because of his privileges but also because of the “LGBT movement”, which, with its insistence on marriage equality and LGBT representation, is gearing not towards restructuring our systems, which are intrinsically violent towards queer people and other marginalised communities but only to expand them so that we can fit into it.

This also involves cutting off those who refuse to be assimilated. Hence the effort of the movement to distance itself from sex workers or having any conversation about ableism, misogyny, casteism, or Islamophobia within our spaces.

What we, as queer people, need to ensure our rights within the constitutional framework—that actually offers space for a collaborative step forward—is to see how intersections of caste, gender and class, and the ability and faith complicate our lives. A Dalit dulha [bridegroom] not allowed to go through an upper-caste locality for his wedding will not be spared if it is a gay wedding, even after marriage equality.

Unless we address these inconsistencies, any legal framework we devise for LGBT rights will end up a mouthpiece of urban Savarna queers. While many queer people get thrown out of their parental homes, others face violence. Queer people are either not employed and are often fired from their jobs when they come out or are outed. Many transgender patients have reported that doctors refuse to touch them or treat them with respect.

Queer people need laws to address not just these discriminations but also the availability of housing and employment and education and healthcare for poor, Dalit, Adivasi, Muslim and disabled queer persons.

There need to be at the very least disability-affirming shelter homes, employment drives, and primary healthcare centres with mental health facilities for queer persons in every district. We need to honour and respect all queer unions and partnerships, and not just the “same-sex monogamous” kind that has been co-opted with the liberal slogan of “love is love”.

Queer people form very different kinds of relationships and kinships. To expand the understanding of queer kinships we also need to ensure that queer people have the right to name anyone they want, and not necessarily just married partners in their wills, insurance policies, hospital records, and other documents. This process should not be an addendum, an added declaration, but a standard practice.

Queer people must also have all parental rights and the support they need, regardless of marital or relationship status. Queer people must have the same and equal claims and rights in their ancestral properties as others. We need age-appropriate, anti-caste, and disability and queer-affirming comprehensive sexuality education in school curriculums.

To ensure that we are committed to queer liberation, and not assimilation, we must push for both vertical and horizontal reservations for transgender and intersex persons, and for legal provisions to safeguard queer identities and rights in prisons. We must demand the abolition of multiple forms of conversion therapy including corrective rape, electric shocks, and yoga, which threaten the lives of many young queer persons.

A better and queer world is possible, and no matter what laws are passed, what policies are framed, if we are to ensure that all queer people—regardless of our multiple identities—have all the constitutional rights we deserve, then we also need to work in our communities to dispel not only subtle and pronounced forms of queerphobia but other forms of discriminations as well.

As Dr. Ambedkar reminds us, “So long as you do not achieve social liberty, whatever freedom is provided by the law is of no avail to you.”

(Dharmesh is a queer facilitator and organiser in Allahabad. He has worked on women’s and queer issues in Gujarat and Uttar Pradesh. Find him here. The views are personal.)