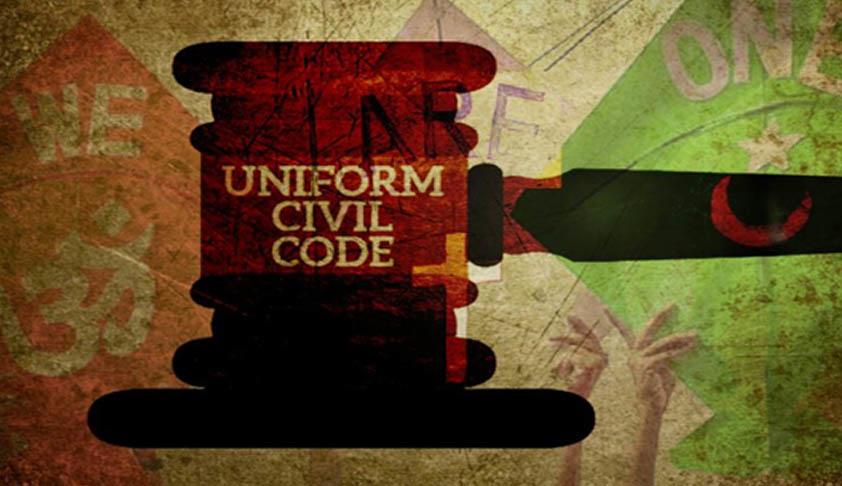 What did the Constituent Assembly say on the Uniform Civil Code?

The discourse over the implementation of the Uniform Civil Code has often stirred up a whirlwind of uproar by the political advocates and religious objectors. MOIN QAZI analysis the common understanding of the Uniform Civil code and traces it back to the Constituent Assembly debates in an attempt to resolve the debate.

India follows a system of legal pluralism that allows different religious communities to be governed by their own codes of personal law. This has been seen as a way of protecting distinct communal identities and safeguarding the right of citizens to practice their faith, as enshrined in the Constitution.

The Constitution grants equal protection under the law to all citizens. That being said, Muslims are governed by a personal law, which came into force in 1937.

However, the authors of the Constitution wanted a common set of family laws.

Article 44 of the Directive Principles of State Policy in the Indian Constitution mandates that “The state shall endeavor to secure for all citizens a Uniform Civil Code throughout the territory of India.”

The Uniform Civil Code (UCC) calls for the formulation of one law for India which would apply to all religious communities in matters such as marriage, divorce, inheritance, and adoption.

On account of the intrepid opposition of Muslim members, the idea was dropped but the issue was not sealed. It was left to the wisdom of the coming generations to explore the idea of a generic set of personal laws—a uniform civil code (UCC) applicable to all Indians.

The authors of the Constitution had realised that Muslims were stubborn about retaining their personal laws and time was not ripe for the fruition of a Common Civil Code.

Misconceptions around the Uniform Civil Code

The civil code tinderbox is stoked every few years by both the political right and several others who keep stirring the cauldron and have been advocating for a Uniform Civil Code since the framing of the Indian Constitution.

The issue of the Uniform Civil Code continues to generate wattage to seed the unceasing storms, the continual quarrels, and the dialectics of history.

Most people rooting for its enactment have a misimpression that only Muslims and Christians follow their customary or religiously ordained laws.

In the Constituent Assembly, there was division on the issue of putting the Uniform Civil Code in the fundamental rights chapter.

Unlike most of these misconceptions, most Hindus continue to follow their customary practices prevalent among their respective castes, sects, and communities, despite countless reforms introduced since the 1950s.

The government had been broaching the reforms gingerly till now. But with the secular agenda having undergone a seismic shift and the exclusivist machine turning into a high voltage contraption, Muslims are now in a bind.

The debate has caused a conflagration into a political tempest and the state. Buoyed by its growing ascendancy in the political echelons, it is now firmly fixated on its reforms in civil laws of religious denominations.

These reforms are being packaged in welfarist and euphemistic tones overtly projecting them as a measure of welfare for Muslim women. The centralizing fetish is that this religious reform will pave the way for the redemption of all problems.

We are on a hazardous route, we are prescribing without even doing the diagnosis.

The UCC conundrum for Constituent Assembly

The debate over the Uniform Civil Code in the Constituents Assembly was among the most heated.

The positions in the assembly were divided into two camps.

On one side were members who wished to use the legal power and status of the Constitution to modify religious customs and advance secularisation and legal uniformity among all religious groups. KM Munshi, for example, called for the restriction of religion to the private sphere and the promotion of unity and societal integration based on civic national identity.

On the other end were those who believed that a constitution should reflect the spirit of the nation as it currently was and should not impose deep social and cultural changes. Kazi Syed Karimuddin and Maulana Hasrat Mohani wanted protection for the personal laws of the minorities.

Kazi Karimuddin, member of the Constituent Assembly that framed the Constitution, argued:

“The people outside and the members of the Constituent Assembly must realize that a Muslim regards the personal law as part of the religion and I really assure you that there is not a single Muslim in the country—at least I have not seen one—who wants a change in the mandatory provision of religious rights and personal laws, and if there is anyone who wants a change in the mandatory principle, or religion as a matter of personal law, then he cannot be a Muslim. Therefore, if you really want to protect the minorities—because this is a secular state it does not mean that people should have no religion—if this is the view of the minority Muslims or any other minority that they want to abide by personal law, those laws have to be protected.”

Naziruddin Ahmad by means of caution, stressed the importance of obtaining the consent of the communities whose religious laws would be affected by the new code.

“I would like to say that any party, political or communal, has no right to interfere in the personal law of any group. More particularly I say this regarding Muslims. There are three fundamentals in their personal law, namely, religion, language, and culture which have not been ordained by human agency. Their personal law regarding divorce, marriage, and inheritance has been derived from the Quran and its interpretation is recorded therein. If there is any one, who thinks that he can interfere in the personal law of the Muslims, then I would say to him that the result will be very harmful. … Mussalmans will never submit to any interference in their personal law, and they will have to face an iron wall of Muslim determination to oppose them in every way”

“I have no doubt that a stage would come when the civil law would be uniform. But then that time has not yet come. We believe that the power that has been given to the state to make the Civil Code uniform is in advance of the time . . . What the British in 175 years failed to do or were afraid to do, what the Muslims in the course of 500 years refrained from doing, we should not give power to the state to do all at once. I submit, sir, that we should proceed not in haste but with caution, with experience, with statesmanship, and with sympathy”.

Ahmad supported uniformity in principle but argued against pervasive state interference in the internal affairs of religious communities.

The legislative enactment of an all India Uniform Civil Code without a comprehensive process of consultation with stakeholders is not at all envisaged by the Constitution.

“This is not a matter of mere idealism”, he stated. “It is a question of stern reality which we must not refuse to face and I believe it will lead to a considerable amount of misunderstanding and resentment amongst the various sections of the country.”

Emphasising pragmatism, Ahmad indicated the difficulty the State would face “at this stage of our society” in asking people to give up their conception of marriage, for example, which was associated with religious institutions in many communities.

Naziruddin Ahmad by means of caution, stressed the importance of obtaining the consent of the communities whose religious laws would be affected by the new code.

Dr. Bhimrao Ambedkar was very clarificatory in his assertion:

“There is no obligation upon the State to do away with personal laws. It is only giving power. Therefore, no one need be apprehensive of the fact that if the State has the power, the State will immediately proceed to execute or enforce that power in a manner that may be found to be objectionable by the Muslims or by the Christians or by any other community in India.”

Sir B N Rau, the constitutional advisor to the Constituent Assembly, stated that ‘the Directive Principles are intended as moral precepts for the authorities of the state. They have at least an educative value.’ The great jurist Sir Ivor Jennings thought they were only ‘pious aspirations’.

Steering away from the constituent assembly it’s essential to return to the present setting.

The apex court of the country has repeatedly reminded the government of this policy directive but has always respected its non-justiciable nature and refrained from issuing any direction.

The Supreme Court struck a note of caution in the Sarla Mudgal judgment. The court stated,

“The desirability of uniform civil code can be hardly doubted but t can concretize only when social climate is properly built by the elite of the society and the statesmen, instead of gaining personal mileage, rise above and awaken the masses to accept the change.”

The Law Commission, acting on a reference made by the government in 2016, had on August 31, 2018, floated a consultation paper on Reform of Family Law. The consultation paper covered topics of marriage and divorce, custody and guardianship, adoption and maintenance, and success and inheritance.

In the 185-page consultation paper, the Commission has dealt with laws that are discriminatory “rather than providing a uniform civil code which is neither necessary nor desirable at this stage.”

The Commission stated in the consultation paper: “While the diversity of Indian culture can and should be celebrated, specific groups or weaker sections of society must not be dis-privileged in the process. The resolution of this conflict does not mean the abolition of difference. Commission has therefore dealt with laws that are discriminatory rather than providing a UCC”

The Uniform Civil Code doesn’t mean that there should be a Hindu Code which is made uniform.

The legislative enactment of an all India Uniform Civil Code without a comprehensive process of consultation with stakeholders is not at all envisaged by the Constitution.

Article 25 of the constitution lays down an individual’s fundamental right to religion. Article 26(b) upholds the right of each religious denomination or any section thereof to “manage its own affairs in matters of religion.” Article 29 defines the right to conserve a distinctive culture.

The Uniform Civil Code doesn’t mean that there should be a Hindu Code which is made uniform. The most liberal elements of all the personal laws, whether it is Hindu Law, Muslim Law, Christian Law, and so on, should be taken together to provide a Uniform Civil Code. That should apply to the entire country and will be acceptable to all communities.

(Moin Qazi is a development professional. Views are personal.)