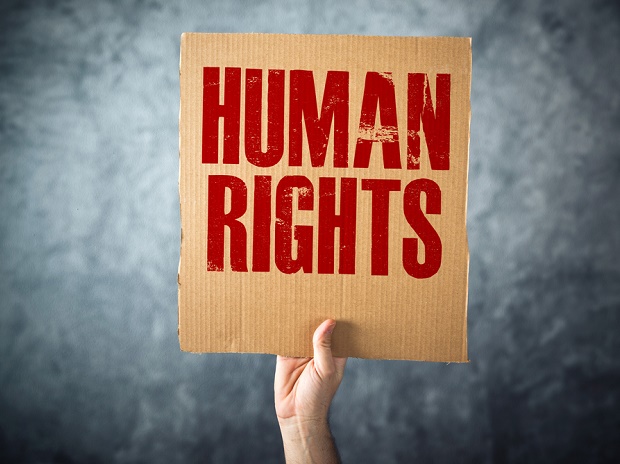 Violations of Rights and Compensation: India’s Failure to Adhere to International Standards

Without a mandated right to compensation, India does not meet international standards when it comes to recompense and rehabilitation for victims of rights violations, putting a veritable question mark on India’s commitment to democracy writes RAVI NAIR of South Asia Human Rights Documentation Centre.

India may be a signatory to many international agreements and treaties but some of the commitments made to the world community do not find the desired application within the country because of gaps and lack of clear-cut direction within Indian jurisprudence.

A case in point is the right to compensation for victims of human rights violations, including those perpetrated by the state like unlawful detention, torture, and custodial deaths. Currently, cases of recompense are virtually left to the discretion of individual judges.

However, there are several international agreements and reports that underline the need for governments to provide for suitable compensation.

In a 1993 report, Professor Theo van Boven, then United Nations Special Rapporteur on the right to restitution, compensation, and rehabilitation for the victims of gross violations of human rights and fundamental freedoms had noted, “The issue of State responsibility comes into play when a State is in breach of the obligation to respect internationally recognised human rights. Such obligation has its legal basis in international agreements, in particular international human rights treaties, or in customary international law.”

India is party to international agreements pertaining to state responsibility. Additionally, India is part of the international community bound by customary international law, so long as such law is not inconsistent with Indian law. Specifically, Article 51(c) of the Indian Constitution dictates, “The State shall endeavour to foster respect for international law and treaty obligations in the dealings of organised people with another.”

Despite this, India has failed to uphold international standards within customary international law regarding compensation and has taken reservations to crucial articles of relevant treaties, such as the International Covenant on Civil and Political Rights (ICCPR).

In addition to the ICCPR, Article 14 of the Convention Against Torture (CAT) establishes compensation for victims stating, “Each State Party shall ensure in its legal system that the victim of an act of torture obtains redress and has an enforceable right to fair and adequate compensation, including the means for as full a rehabilitation as possible. In the event of the death of the victim as a result of an act of torture, his dependents shall be entitled to compensation.”

India has failed to uphold international standards within customary international law regarding compensation and has taken reservations to crucial articles of relevant treaties, such as the International Covenant on Civil and Political Rights (ICCPR)

India signed the CAT on 14 October 1997, but the country has yet to ratify to the treaty. The delay in ratification has led to criticism from various NGOs and political actors over the course of the last 23 years.

Further, Principle 35 of the Body of Principles for the Protection of All Persons under Any Form of Detention or Imprisonment, which was adopted by the UN General Assembly on 9 December 1988 provides that, “damage incurred because of acts or omissions by a public official contrary to the rights contained in these principles shall be compensated according to applicable rules on liability.”

This resolution is another illustration of how compensation for unlawful arrests and detention, and tort law in India, is lagging far behind international standards.

There is also the UN Commission on Human Rights report on Civil and Political Rights Including the Question of: Independence of the Judiciary, Administration of Justice, Impunity, which reasserted a victim’s right to compensation. The report stated that, “a State shall provide reparation to victims for its acts or omissions constituting violations of international human rights and humanitarian norms,” and that measures should be taken to “ensure a victims safety from intimidation and retaliation,” when seeking to exercise their rights to a remedy.

The last observation is particularly important to India and the climate of corruption and intimidation surrounding the abuse of power. As the Supreme Court noted in State of Madhya Pradesh v. Shyamsunder Trivedi and Ors, “it is difficult to prosecute police officers in these types of cases because there is usually no direct evidence, and police officers tend to cover up for one another.” It goes without saying that if victims feel intimidation from police officers and that retaliation will ensue, seeking compensation will never seem feasible.

Additionally, the Rules and Procedures of the International Criminal Tribunal for the Former Yugoslavia makes it clear that victims have a right to obtain compensation, even though the tribunal itself cannot award damages.

India signed the CAT on 14 October 1997, but the country has yet to ratify to the treaty. The delay in ratification has led to criticism from various NGOs and political actors over the course of the last 23 years.

The Inter-American Court of Human Rights has also repeatedly held, “that the State’s obligation to provide reparations and the corresponding victim’s right to receive them, is customary law and that it constitutes one of the fundamental principles of contemporary international law on State’s responsibility.” Further, the Rome Statute of the International Criminal Court requires the establishment of “principles relating to reparations to, or in respect of, victims, including restitution, compensation, and rehabilitation.”

The UN and Human Rights

In 2002, the UN Commission on Human Rights highlighted the need for a clear international standard for compensation stating, “It is clear that, under international law, there is a well-established right entitling victims of human rights abuses to a remedy and reparations for their loss and suffering.

The corpus of law regulating this principle, however, is dispersed and not systematised. There is a multiplicity of interpretations and terms that carry the potential to obfuscate a clear rendering of the applicable international standards preventing victims from obtaining full reparations.”

The Commission argued that “such an instrument would be a valuable tool for States to fulfill their obligations to guarantee effective remedies.” From these suggestions emerged the Commission’s recommendation to adopt the “Draft Basic Principles and Guidelines on the Right to a Remedy and Reparation for Victims of Violations of International Human Rights and Humanitarian Law”.

The Draft Principles had previously been cited by the Inter-American Court of Human Rights and had been used by various governments as a standard for implementing new victim relief programs and remedies.

Article 20 of this Resolution discusses compensation stating, “Compensation should be provided for any  economically assessable damage, as appropriate and proportional to the gravity of the violation and circumstance of each case, resulting from gross violations of international human rights law and serious violations of international humanitarian law, such as:

India does not meet international standards for compensation and, without a mandated right to compensation, India’s commitment to democracy is questionable.

Although non-binding this Resolution speaks highly of the standards the international community has set for victims’ compensation and reparations. India clearly does not match this standard having failed to provide compensation in a significant number of cases.

Amending the Constitution to establish mandatory compensation for state abuses such as unlawful arrest and detention, torture, and custodial deaths would be ideal.

A second prospect would be to pass a compensation scheme within Parliament similar to past proposals that require the State to pay victims adequate compensation based on a case-by-case basis and a number of relevant factors.

Some experts suggest that compensation should be paid directly from the accused officer’s salary rather than by the State to create an added deterrent. Under this system, individual officers, not only the State, will feel the financial crunch.

The current right to compensation within Indian jurisprudence is ineffective and insufficient. A victim’s right to compensation cannot remain in the balance on the mere discretion of whichever judge is assigned the case. This right must be mandated within the Constitution and appropriate legislation.