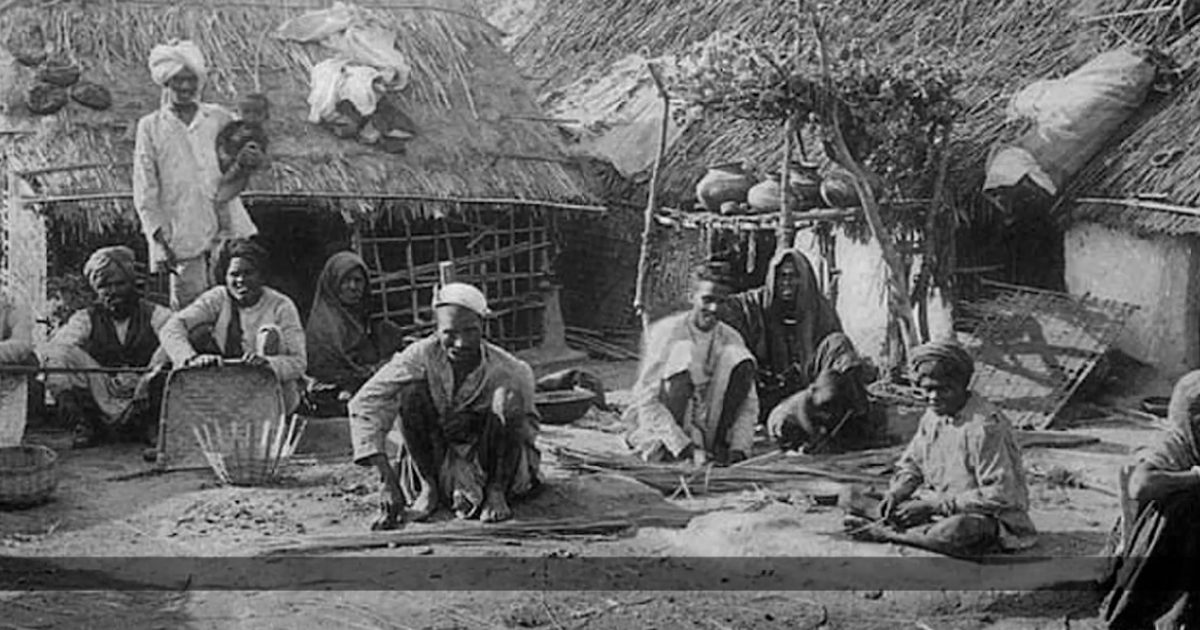 Members of the Vimukta community in Madhya Pradesh have written a letter to Chief Minister Shivraj Singh Chouhan, endorsed by several prominent civil society groups, academics and activists across the country, requesting the reconsideration of a recent amendment to the state’s Excise Act, that was passed without discussion earlier this year.

The menace of spurious liquor has long plagued the state, and the amendment came in the wake of seventeen tragic deaths in Mandsaur and Indore.

Death penalty and the Vimukta

The proclamation of death penalty is problematic on many fronts. Through an amendment to Section 49A of the Madhya Pradesh Excise Act, it drastically increases the severity of the punishment by making the repeat offence of causing death through spurious liquor, punishable by death and a fine not less than Rs. 20 lakh. But this amendment is poised to strike the Vimukta community the hardest.

The Vimukta or denotified nomadic communities have a history plagued with prejudice.

The Vimukta or denotified nomadic communities have a history plagued with prejudice. Originally listed as ‘hereditary criminals’ under the Criminal Tribes Act of 1871 by the colonial government, the Vimukta were freed of the label of ‘criminal tribes’ on August 31, 1952. However, through that period, the tribes went through an arduous mission to civilise by the British, when the latter monopolised and heavily taxed the alcohol trade to further bolster their profits. The original Madhya Pradesh Excise Act of 1915 was thus established to centralise the production and trade of liquor, and the Adivasi and Vimukta communities were excluded from the legal alcohol trade via the Act’s regulation, and high licensing and deposit fees.

But the recent amendment has introduced a separate category of “heritage liquor” – Mahua – a liquor made from the mahua tree. Chief Minister Shivraj Singh Chouhan said that the state would be formulating a new excise policy which would allow tribal communities to brew liquor from Mahua.

The Vimukta community is not categorised as Scheduled Tribes (STs) in the state, even when its lifestyles and practices of brewing Mahua are similar to those of Adivasi communities.

“The government is devising an excise policy under which if anyone makes liquor made of mahua in [the] traditional way, it will not be illegal anymore,” the Chief Minister said. “It will be sold in the liquor shops in the name of “heritage liquor” which would be a source of employment and income for the tribal people who have been making and consuming it.”

He further added that false and minor cases against persons from tribal communities will be withdrawn.

Yet, these advantages have not been extended to the Vimukta community, as they are not categorised as Scheduled Tribes (STs) in the state, even when their lifestyles and practices of brewing Mahua are similar to those of Adivasi communities.

The Criminal Justice and Police Accountability Project, a Bhopal-based research and litigation intervention, released a report titled, ‘Drunk on Power- A Study of Excise Policing in Madhya Pradesh’ three month ago. The project analysed two sets of data, which included 5,62,399 arrest records from twenty districts across the state, and 540 randomly selected FIRs (first information reports) filed under the Excise Act from three districts in Madhya Pradesh.

The report found that excise related arrests made up one-sixth of the total number of arrests in the state and 56.35 percent of those arrested belonged to the Scheduled Caste (9.87 percent), STs (21.53 percent), Other Backward Classes (15.64 percent) and Vimukta communities (6.86 percent); among the 562 accused persons in the FIRs, these very communities collectively formed the majority of the accused. The report also found that the Vimukta Kuchbandhiya community was especially targeted in some districts, and the Kuchbandhiya women were targeted more than the men. It further mentioned that over 18 percent of the FIRs did not provide any details of the clauses under which the individuals were implicated.

Members of the Vimukta community have written to the MP CM demanding parity with the Adivasi communities regarding the making of mahua liquor under the state’s Excise Act. The letter further demands that provisions of the amendment involving the death penalty in connection to excise offences be removed

The report states, “As mentioned above, a large proportion of individuals criminalised are from marginalised communities, the police rely heavily on informant information rather than factual evidence, and private Bahujan spaces are more likely to be considered criminal.”

The research had also revealed that due process and the guidelines of the Arnesh Kumar vs. State of Bihar (2014) judgement were not being complied with. In the case, the apex court had stated that for non-serious offences, arrests are not automatic and thus, have to be made as per the requirements under Section 41 of the Code of Criminal Procedure, 1973.

The report found that most of the excise arrests were made under the bailable Section 34(1) of the Act, under which the term of imprisonment is less than seven years, and it is thus a non-serious offence. For an offence to qualify as serious, it must be punishable with imprisonment for seven years or more.

Members of the Vimukta communities have penned down a letter to the Chief Minster, voicing their demand for parity with the Adivasi communities in the issue of mahua liquor under the Act.

The letter submitted that there are 51 Vimukta nomadic and semi-nomadic communities in Madhya Pradesh, whose lifestyles and customs closely resemble those of the tribal communities, and in the Kanjar and Kuchbandiya communities, mahua liquor is used in all festivities from birth till death. Many people of these communities also sustain their livelihoods by selling small quantities of this liquor. Yet, despite the similarities, the benefit of the most recent amendment related to heritage liquor will not be reaped by these communities as they are not listed as Scheduled Tribes in the state. They have asked that the Vimukta communities, too, be allowed to make and sell Mahua liquor under the new excise policy.

The letter lauded the announcement by the Chief Minister, since the amendment would mean that petty criminal cases against persons from tribal communities would be withdrawn. It also requested that such offences be withdrawn against individuals belonging to Vimukta communities as well, as it has been observed that the community is specifically targeted by police officials in connection to excise-related offences and other minor offences under various laws. The letter further demands that provisions of the amendment involving the death penalty in connection to excise offences be removed, as it is worrisome for the community.

The letter read, “On the basis of the concerns of disproportionate criminalisation as outlined above, it is not an exaggeration to expect that this provision would be misused against our community.”