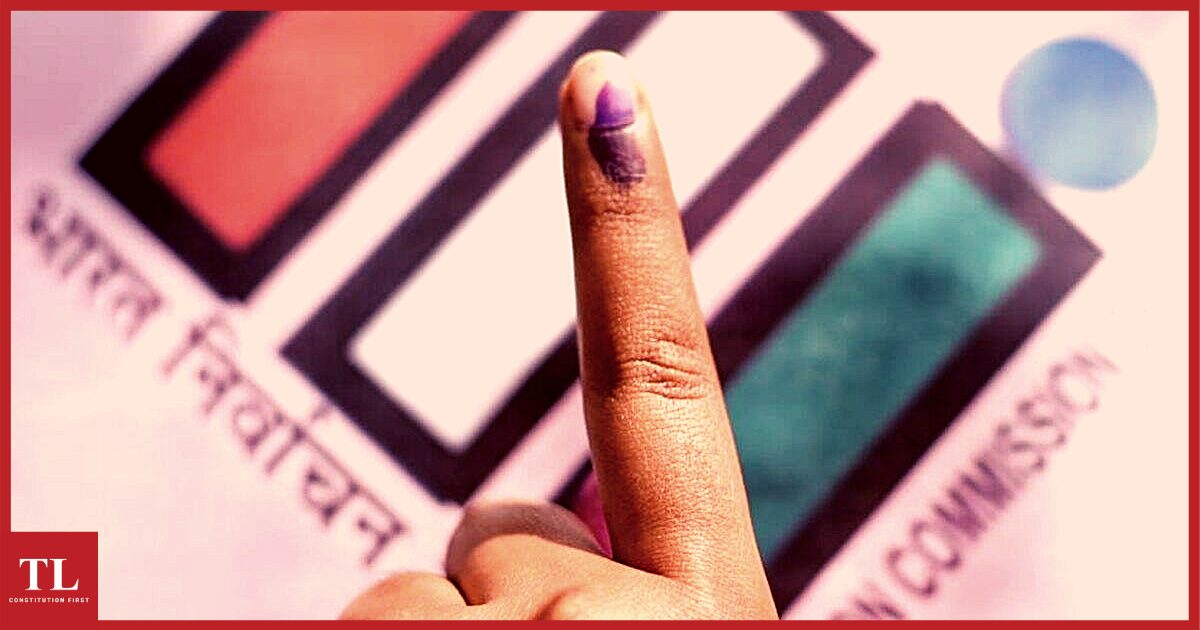 The electorate in Uttar Pradesh has spoken during the pandemic in the Zilla Panchayat elections dealing a blow to the BJP that had swept the assembly elections. Sloppy handling of the pandemic and rising anger among the electorate against the BJP were among some of the reasons, says ANITA KATYAL. The BJP will have to concentrate on governance to gear up for state elections next year.

LULLED  into complacency by a weak opposition and his own strongman image, Uttar Pradesh Chief Minister Yogi Adityanath has just been dealt a serious blow.

Results of the recently-concluded state panchayat election, widely seen as a precursor to next year’s assembly poll, has sent out a loud and clear message to the Chief Minister and the ruling Bharatiya Janata Party—they cannot take a second consecutive win in Uttar Pradesh for granted.

The local body elections have shown that the Samajwadi Party could prove to be a formidable challenger to the BJP.

Candidates backed by Akhilesh Yadav’s Samajwadi Party were surging ahead with wins in 760  Zilla Panchayat wards while the candidates supported by the BJP emerged victorious in 750 wards.

The BJP’s worries were further compounded by its losses in high-profile places like Ayodhya, Mathura, Lucknow, Prayagraj and the Prime Minister’s constituency Varanasi where both the Samajwadi Party and the Bahujan Samaj Party scored over the saffron party.

The Yogi government was rejected primarily because of its shoddy and callous handling of the raging coronavirus pandemic.

There was palpable anger among the people as the second wave of infections moved beyond the confines of cities and big towns and spread its tentacles to rural areas.

The daily battle for hospital beds, medicines and oxygen put the spotlight on the state’s crumbling health infrastructure as the government did little to provide succour to the affected persons.

People were also fuming at Yogi’s insistence on going ahead with the panchayat elections in the midst of the pandemic which claimed the lives of over 700 teachers on poll duty.

Both Modi and Yogi were in the line of fire as people felt they  had  been left  to fend for themselves at a time when they needed their representatives the most.

If the common man was furious with the Yogi government’s mismanagement of the second deadly surge of coronavirus infections, the chief minister was also let down by the sulking BJP cadre.

Party workers have been disenchanted with Yogi Adityanath for some time now as they feel they have been marginalised  by the current dispensation.

With the BJP enjoying a brute majority in the assembly, the workers were expecting to be rewarded for their efforts but they believe their contributions have been systematically overlooked by the chief minister.

As a result, the Samajwadi Party has become the automatic beneficiary of anti-incumbency against the Yogi government. This is despite the fact that SP president Akhilesh Yadav has not stepped out to take the battle to the people.

After his party’s disastrous performance first in the last assembly polls and then the 2019 Lok Sabha elections, Akhilesh Yadav virtually went underground and instead preferred to take on his chief political rival on Twitter.

Unlike his father Mulayam Singh Yadav, who did not hesitate to hit the streets to fight for the cause of the common man, Yadav junior has not displayed the same enthusiasm for showing up for the angry, dissatisfied and disillusioned citizenry. But Akhilesh is in luck because the party’s Muslim-Yadav support base, so assiduously built by his father, remains intact as evident from the local body elections.

BSP chief Mayawati also retreated into a shell and often played footsie with the BJP over the past four years. Nevertheless, her party notched up a reasonable tally in the panchayat polls primarily because she continues to command the loyalty of the Jatavs.

The Congress has been the big loser in this election. Unlike the Samajwadi Party and the Bahujan Samaj Party, the Congress does not have a committed support base in Uttar Pradesh where it has been out of power for over three decades.

However, Congress general secretary Priyanka Gandhi Vadra, who has been given charge of Uttar Pradesh affairs, has reorganised the state unit and taken to the street to highlight people’s issues.

Whether it was a trip to Hathras to meet the family of a rape victim or to Western UP to lend support to the protesting farmers, she has been making an effort to create a space for the Congress in this important Hindi heartland state which sends 80 MPs to Parliament.

But to little avail. Her forays, though well-intentioned, are too infrequent and like her brother, Priyanka also lacks consistency.

Now that the people have given their verdict, it is time for the main political parties in Uttar Pradesh to do some introspection about their performances as these polls have provided a good measure of their strengths and weaknesses.

They can ill-afford to ignore the results as the significance of these poll results can hardly be overemphasised. Held less than a year before the next assembly election, this contest sets the stage for this big fight.

The election was particularly important for Adityanath personally as it served as a referendum on the performance of his government.

Covering a wide swathe of the state’s rural belt, the result is a strong indicator of the prevailing public mood vis-a-vis his government and its programmes.

This was also the first real electoral test for Yogi after the BJP’s Central leadership picked him for the chief minister’s post in 2017.

His elevation had taken everyone by surprise then as the swami-turned-politician was not considered a  front-runner for the top job in the electorally crucial state of Uttar Pradesh.

Both the 2017 assembly poll and the 2019 Lok Sabha election were essentially won by Prime Minister Narendra Modi whose popularity and charisma carried the day for the BJP.

But the rules of the game will change in 2022. The BJP will now be defending its five-year rule under Yogi Adityanath’s stewardship. Modi will, at best, be a secondary factor. Clearly, Yogi has a lot riding on the next assembly election as the Samajwadi Party is snapping at its heels.

(Anita Katyal is a senior Delhi-based independent journalist who loves covering political parties and their machinations. She has covered politics for over four decades. The views expressed are personal.)