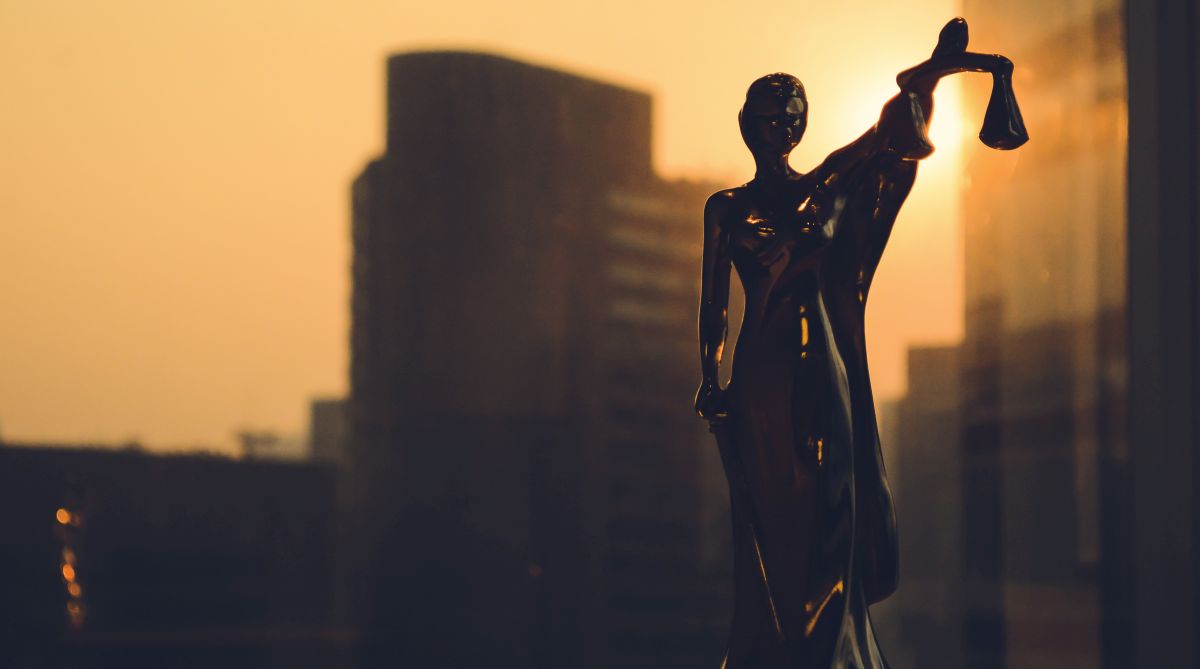 Unmasking the misogyny of Indian Courts

As altar’s of justice, the judiciary dictates perceptions and is made of social perception. The judiciary’s view point on social issues such as patriarchy performs a crucial role in the dispensation of justice. Time and again we have come across disturbing judgments and statements that endorse sexism. The author examines the impact of such judgments on the rule of law and justice.

“A woman cannot be herself in the society of the present day, which is an exclusively masculine society, with laws framed by men and with a judicial system that judges feminine conduct from a masculine point of view.”

These words were spoken in the 19th century still ring true to a large extent today. For centuries, women have been oppressed and denied agency and autonomy over themselves. With judges passing crude and uncalled for comments on their character, women have been at the receiving end even from institutions meant to uplift them- and for far too long. India ratified the Convention on Elimination of All Forms of Discrimination against Women (CEDAW) in 1993, which led to the passing of various legislations conferring various rights upon women. Some of them are the Prevention of Sexual Harassment at workplace Act, Amendment to the criminal law post the Nirbhaya incident, the Equal Remuneration Act etc. All these were protected under Article 15(3) of the Indian Constitution which left scope for affirmative action for women and children.

Despite changes in the law, the judicial attitude towards women has remained regressive and often prevents women from approaching the judiciary to address their grievances.

Recently, a Karnataka High Court Judge passed a statement that it is “Unbecoming of Indian women” to go to sleep after being raped while granting anticipatory bail to the accused. It inevitably sparked a huge controversy and raised questions about the need for such a statement and whether it was right on his part to do so.

Even if it is an aberration on the Judge’s behalf, such statements are sadly not uncommon. The judiciary has been complicit in perpetuating patriarchal codes of conduct and imposing them on women in a variety of cases.

In one instance, the Jammu and Kashmir High Court in  M.I. Shahdad v. Mohd. Abdullah Mir had held that the serving of the summons only upon a male adult family member, in the absence of the defendant, was neither discriminatory against women nor put them in a disadvantageous position; rather, the provision exonerates her from all responsibilities taking into account the social norms and conditions of society.

The justification given was that the function of females in Indian society is that of housewives. Females were mostly illiterate and some of them parda nashin. The legislature had in mind the special condition of Indian society and therefore did not regard service on female as sufficient.

It is no secret that motherhood, pregnancy, menstruation, childbirth, and marriage constitute the identity of women in paid work and determine their worth in the eyes of a male employer.

For example, while applying for a position in the Life Insurance Corporation, a woman has to divulge the following information: “Name of the husband, occupation, number of children, last date of menstrual period, whether periods are regular and painless, whether pregnant at the time of applying, number of conceptions, date of last delivery, abortion or miscarriage if any.”

One might find it shocking and downright humiliating for a woman to answer these questions, and rightly so.

However, when this issue was raised before the Supreme Court, it stated: “The modesty and self-respect may perhaps preclude the disclosure of such personal problems whether menstrual periods are regular or painless etc… if the purpose of the declaration is to deny maternity leave and benefits to a lady candidate who is pregnant at the time of entering the service (the legality of which we express no opinion) the corporation could subject her to medical examination, including pregnancy test”. Not only was the blatant discrimination on the basis of sex ignored, but the invasion of privacy and indignity of forcing a pregnancy test for employment was also tacitly approved of.

The courts have time and again assumed that women are the primary caregivers and any discrimination in jobs pertaining to this stereotype is acceptable since men are more suitable for intellectual and arduous work.

In 2012, in a divorce petition, a Division Bench comprising of Justice PB Majmudar and Anoop Mohta decreed that ‘women must be like Goddess Sita’, i.e. a woman must follow her husband wherever he goes. In today’s context, this implies that the wife should leave her job and unquestioningly accompany her husband to another city. The wife’s income is typically regarded as disposable income and merely a supplement, a kind of “lipstick money”. In multiple cases of divorce, the Courts have quoted appalling statements such as, “A wife should be minister in purpose, slave in duty, Lakshmi in appearance, Earth in patience, mother in love and prostitute in bed.”

The Kerala High Court, in Hadiya’s case, remarked that a girl aged 24 years is weak and vulnerable. She is capable of being exploited in many ways and her marriage being the most important decision of her life, must be taken after active discussion with her parents.

In cases of sexual assault, the woman’s character is dragged through the mud, and statements are passed by the judges regarding what values must an ideal Indian woman have. Such restrictions on the agency and the infantilizing of adult women are highly problematic.

The Punjab and Haryana High Court suspended the sentences of three students granted by the trial court for the rape of another student. The basis being the victim’s “misadventures and experiments”, her “promiscuity” and the absence of brutal violence accompanying the sexual assault.[7] On similar lines, the Delhi High Court, on appeal, acquitted Mahmood Farooqui, a filmmaker, of rape having performed forced oral sex on a visiting woman scholar.  While so doing, the Delhi High Court purposively misinterpreted the position of law on what constitutes consent and seems to have been largely influenced by the victim’s previous relationship with Farooqui, her being educated (a “woman of letters”), the supposed feebleness with which she said ‘no’ to the sexual act, and the fact of Farooqui’s bipolar disorder.

Instances like these bring us to the question of exercising judicial mindfulness by the judges. A judge has a very important and powerful role, not just in delivering justice or preventing a miscarriage of the same, but also in impacting a positive change in society. In a country like India, where Doctrine of Stare Decisis or the Rule of Precedents is followed, the words used by the Jurists while delivering judgments and passing orders can have a monumental effect on the future jurisprudence.

When judges pronounce certain behaviours as ‘unbecoming of Indian women’, they lay down a principle that there is a particular code of conduct that has to be followed after one has been sexually assaulted and if you do not adhere to it, you are less of a victim or simply have not suffered enough. This paves the way for people to similarly justify their insistence that a woman has been lying about or exaggerating her sexual assault in future cases, irrespective of it being just obiter dicta or the Judge’s opinion which isn’t binding. More than conforming to code, such remarks serve to gatekeep the lived experiences of victims and may even impair impartial investigations due to preconceived notions of criminality.

Judges must, at all times, conduct themselves in a manner befitting the office they hold. They must cultivate and maintain five ethical principles to ensure the public’s confidence in the judicial institution – judicial aloofness and detachment, honesty and integrity, judicial independence, judicial temperament with humility, and impartiality.  However, a judge-just like any other human being- looks at a subject matter from his/her subjective prism in accordance with the material produced in front of him/her. The courtrooms cannot be regarded as neutral spaces free from all biases.

It is therefore troubling that Indian judges retain their backward notions of proper conduct of victims and criminals, and seek to reinforce these notions by dismissing the lived experiences of victims. Such a practice may prove to be detrimental to the goals of justice and equity that underlie the criminal justice system.

(Amrita S. Nair is the Founder of The Silent Sexism Project and a Final Year Student at the School of Law, CHRIST. Views expressed in this article are personal.)