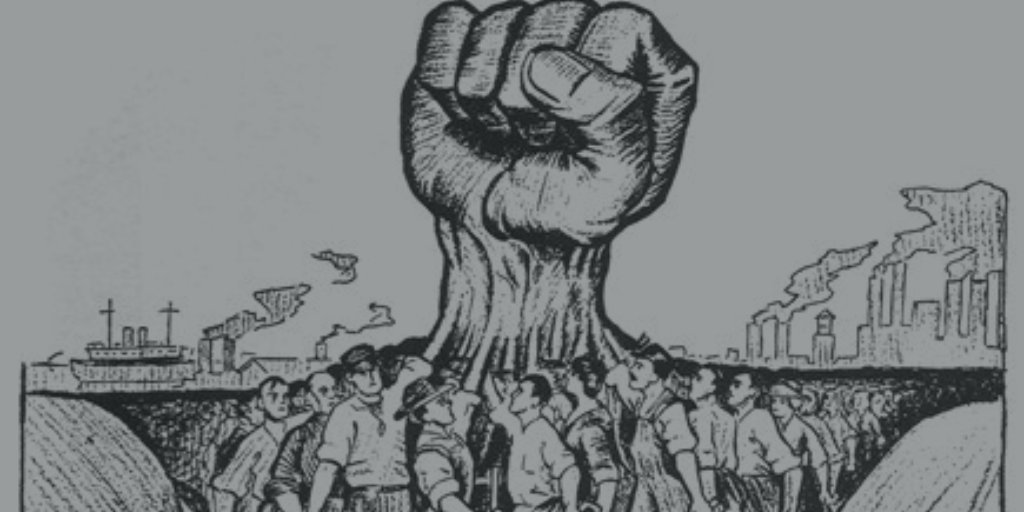 Trade Unions issue statement in observance of May Day

The statement raises important questions of diminishing labour rights in India. It strongly condemns the anti-worker measure of increasing the working hours from 8 to 12 by the notifications of Gujarat and Madhya Pradesh governments during the Covid-19 lockdown. Covid-19, the statement says, is being used as an instrument to oppress workers.

Further, the statement opposes the attempt of the Central Government to codify the labour laws and hence eliminate the worker’s right to organize for collective bargaining or to go on strike. It goes on to say reduced wages and miserable working conditions are degrading workers into a state of slavery.

“The unfair restrictions to the movement of migrant workers and leaving them in neglect under poverty and hunger is stated to be a gross violation of basic human rights. A lot of these attempts to deny workers their basic rights are being carried out at the pretext of rescuing the slowing economy during the lockdown”, reads the statement.

Instead of mobilizing resources from the richer population, the government is resting the complete burden of the economy on the working class and the common people. The statement, therefore, declares that the working class cannot accept such attacks on their livelihood and working conditions.

The statement explains that the truth behind the regressing economy is that the government has emptied its coffers to provide concessions and much before the Covid-19 crisis, by tax concessions to the Corporates, sale of profit-making PSUs, non-recovery of NPAs in PSU banks etc.  According to the statement, the government is now arm-twisting its employees into contributing their one-day salary to the PM CARES Fund, every month for one year!

It is possible, the statement declares, to mobilise the necessary resources by imposing a nominal, very small wealth tax on the super-rich. However, the government is unwilling to do it.

“The Covid-19 pandemic is being used as a tool to further push the existing anti-people reforms agenda so that its corporate masters can further increase their wealth by sucking the blood of the poor workers and toiling people”, says the statement.

The statement adds that the behaviour of the foot soldiers of the party power is shocking as they use the Covid-19 pandemic to demonise the Muslim community. Simultaneously all voices of dissent and democracy are being attacked in the pretext of the lockdown due to coronavirus.

The Statement calls for a united fight against the Covid-19 pandemic, to stay safe and healthy. On the occasion of May Day celebrations, the AITUC statement calls for a renewed struggle against the 44 labour law codes increased working hours, exploitation, against capitalism and imperialism, class, gender, caste and every other division.

The statement concludes with a renewed hope and resolves for an exploitation free society for the workers through the sustained struggle against capitalism.

Publishers and respective trade unions in different States have been advised to endorse the statement by reproducing it in their own language.

The AITUC also calls for the circulation of the statement through leaflets throughout social media. It was stated that the leaflets were to be prepared collectively or and in the name of AITUC wherever possible.  Ideas and suggestions for observing the day were solicited at the earliest.