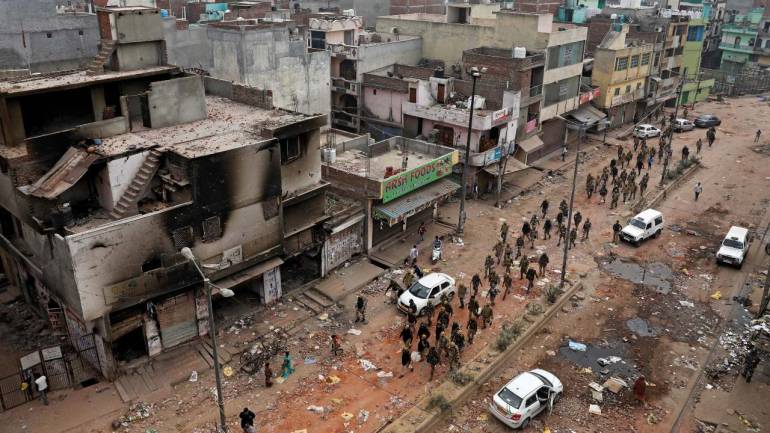 Three accused in the Delhi riots case set free on bail; judge says hard to believe they killed their own community member

THE Delhi High Court Friday set free on bail three accused allegedly involved in the death of one Shahid during the North East Delhi violence that took place in February 2020.

A single-judge bench presided by Justice Suresh Kait observed that it was hard to believe that a communal riot was used by the petitioners, Junaid, Chand Mohd and Irshad, to cause the death of a person from their own community.

Justice Kait added that the investigating agency itself had stated in their reply that the main assailant who had caused the gunshot injury to the deceased Shahid, was yet to be arrested and no recovery, either of the firearm or of any other weapon was obtained from the petitioners.

The court said it was an admitted case of the prosecution that the petitioners actually let go of the witnesses of another community, namely, Mukesh, Narayan, Arvind, and asked them to leave the scene of the crime to save their lives.

The Delhi police’s allegations were that on February 24, 2020, some of the rioters on both sides went to the roof tops of the buildings in their area overlooking Mohan Nursing Home and adjoining buildings. There was firing and stone pelting from both sides of the road from the roof top of the buildings. Within a short time, it became a full-fledged Hindu-Muslim riot. In the process, one Shahid received a gunshot injury which led to his death.

To buttress its claim against the petitioners, it was argued by ASG SV Raju for the Delhi police that the three men had been named by the public witness Mukesh who had also earlier named Raiees Khan, an accused whose bail plea was rejected by the high court earlier.

In the present case also, the petitioners had been named by the same person. ASG Raju, thus, submitted that the present case was covered by the earlier decision whereby the court had denied bail to Raiees Khan.

The court, however, distinguished the decision in the Raiees Khan case by noting that the facts brought forward in the present petitions were not brought to the notice of the Court while deciding the bail application of co-accused Raiees.

It mentioned the lacked evidence whatsoever, either direct or circumstantial or forensic against the petitioners.

It, thus, proceeded to grant the bail to the petitioners, observing that they were deserving of it as charges were yet to be framed and trial thereafter would take substantial time.