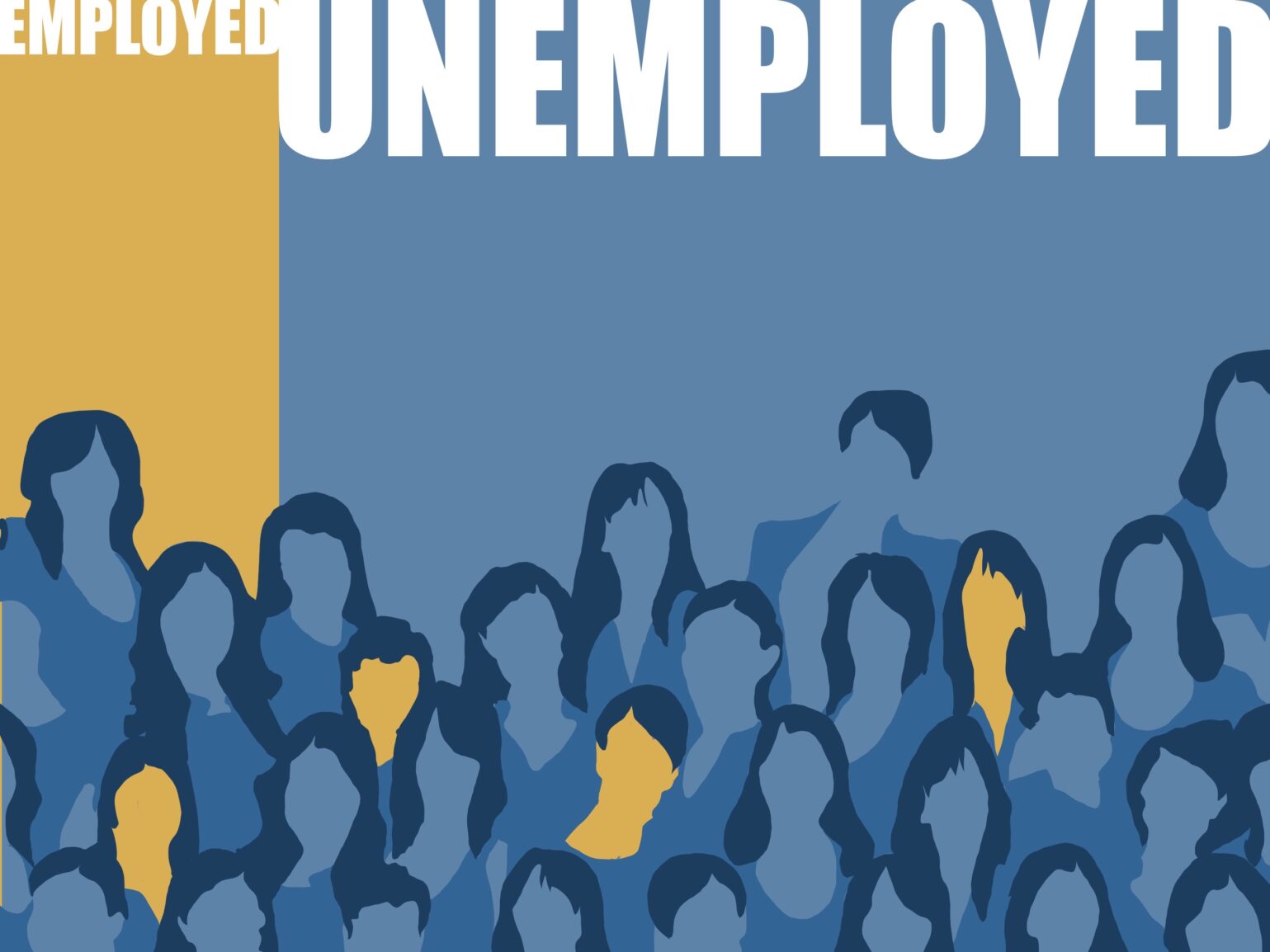 The pursuit of practical equality for women

To bring substantive or practical equality, rather than formal equality, to women in India, the discourse must shift towards structural solutions such as affirmative action in education and employment to achieve systemic socio-cultural change.

I have been thinking for quite some time now about why there exists a dearth of literature for the average Indian women that asks the one question worth asking – what institutional changes are needed to make women equal beneficiaries in the Indian economic growth story? The answer is alarmingly simple – affirmative action. The State must devise a set of policies and programmes, while simultaneously allocating resources that generate employment that empowers individuals (in this context women) belonging to historically marginalised groups. Practical equality or substantive equality, as opposed to formal equality, is more than just a derivative of fairness. It symbolises balance that lays the foundation of economic growth, employment opportunities, educational empowerment and systemic socio-cultural change. Unequal distribution of resources and limited access to the former reduces formal equality to a redundancy, which is why the Constitution of India also promises substantive equality.

Sandra Fredman, professor of law at University of Oxford, proposes a four dimensional approach, within the ambit of right to equality, that redresses disadvantage; addresses stigma, stereotyping, prejudice; enhances voice and participation; and achieves structural change. Simply, her methodology is aimed at targeting disadvantage rather than aiming at neutrality. This sentiment also echoes in the judgment by the Supreme Court in B.K. Pavitra & Ors. vs. Union Of India (2019) in which the court says that the primary concern of the constitutional principle of equality is its enforcement and application that allows for differential treatment. The judgement goes on to emphasise proportional equality, as opposed to formal equality, as that principle of social justice that “expects the States to take affirmative action in favour of disadvantaged sections of society within the framework of democratic polity”.

Also read: The time has come for Women’s Reservation Bill to be passed by Parliament

The reason substantive equality or practical equality is what we seek this International Women’s day is because it recognises social disparity and chooses to ameliorate it by affirmative action. To understand this layered, complex process, I provide a laundry list of areas that require targeted investment and restructuring of institutional responses.

According to the Supreme Court, the primary concern of the constitutional principle of equality is its enforcement and application that allows for differential treatment. The court goes on to emphasise proportional equality, as opposed to formal equality, as that principle of social justice that “expects the States to take affirmative action in favour of disadvantaged sections of society within the framework of democratic polity”.

The jobless growth of the economy has impacted women more severely than men, with the percentage of women in the labour force falling to 15.5 per cent during the April-June 2020 quarter, when India imposed a nationwide lockdown as unemployment rate among women stood at 15.8 per cent. At a point in time when the economic gains achieved over the years have been severely derailed by the pandemic, women can play a central role in defining the country’s future growth story. It, therefore, becomes crucial to explore factors that hinder women’s participation in the labour market. When trying to decipher the gender gap in the labour force, we must consider socio-economic constraints that withhold women from engaging in highly paid, skilful jobs as opposed to unpaid/underpaid jobs in the informal sector.

According to the International Labour Organisation, a significant proportion of women work outside the labour force. The way to understand this is to incorporate the one major factor that poses a structural obstacle for women to engage in paid jobs – unpaid care work- into our schemes. The Organisation for Economic Co-operation and Development defines unpaid care work as washing, cleaning, cooking, shopping for domestic utilities, caring for children, elderly and sick people, tending to food, fuel and water collection, making energy provision, and doing family labour in agricultural settings, among a host of other things.

Also read: Making Gender Equality At Work A Justiciable Right For Women In The Private Sector

Policies and schemes aimed at addressing women’s economic empowerment cannot be drafted using a straitjacket formula assuming men and women face identical problems in public and private settings. Within the context of policy framework and gender mainstreaming, we need to view time as a limited resource which, when divided unequally between paid and unpaid activities, is a major reason why women are not adequately represented in high-paying jobs.

Economic empowerment and the staggering gender crisis in the job market

The jobless growth of the Indian economy has impacted women more severely than men. During the period of 2012-2018, 65 million men and 63 million women were added to the Indian working age population. The Labour Force Participation Rate for men remained constant while the labour force participation rate for women observed a downward trend that depicts the structural hindrances faced by women to simple exits in the job market that disallow them to be absorbed in the workforce unlike male workers. What this shows us is that our social structures are mirrored in the job market that makes women heavily dependent on marriage for survival and security. Closing in on these gender based employment gaps between men and women should be the policy priority for the State.

With several studies pointing to the fact that women are largely concentrated in traditionally low-income and unorganised jobs, the time has come for both the private and public sector to provide meaningful incentives to recruit more women on their boards as well as employees. Removing the stigma attached to women working requires a transitional change in deep-rooted attitudes developed over time. However, this can be effected only in the long term, beginning with gender sensitisation training in schools and colleges at a young age.

Also read: Why a Gender Sensitisation Training is the need of the hour

According to a report by IndiaSpend, among a total of 12 million self-help groups in the country, about 9.5 million groups are exclusively women. The report highlights that women have the ability to save even from the meagre amount they receive from their male family members. What this also shows is that women are dependent on traditionally patriarchal institutions like marriage and their husbands for money. Women need land and assets in their name to begin small scale enterprises and the institutional response to remedy this issue would be in the form of flexible credit rates from State banks.

Prima facie, education is one factor that determines how employable women are. According to the 2011 census, the overall male literacy in India was 82.14 per cent, while women literacy rate stood at a meagre 65.46 per cent. This high rate of illiteracy among Indian women can be understood as rooted in a mix of social, economic and cultural factors. The educational gender gap, therefore, is not only a reflection of the low economic returns to female education but is also a symptom of the entrenched biases that discourage the aspirations of women and other marginalised communities. Women are not a homogenous group; their intersectional identity (an amalgamation of caste, ethnic, religious and regional affiliation) differs vastly. This is why institutional responses and changing social norms is imperative, but things will also have to change at a personal level. This creates an exigency to invest in education and vocational skills for women that will be the backbone of the Indian economy in the future.

To bridge this gap in literacy rate, that will translate into women occupying high paying jobs, for which the State must invest in support infrastructure, such as more working women hostels at all higher educational institutions, separate toilets for women, a larger number of scholarships exclusively for women in professional colleges, subsidised school and college supplies, lower tuition fees, buses and rickshaws for women-passengers, to increase social mobility.

Also read: Indians want women to have equal rights as men, but still want men to get the jobs

To look at facts, women occupy 46 per cent of the positions in the three-tier panchayats but class differences have prevented multidimensionally disadvantaged women from occupying space in village elections, and power otherwise handed to the people by the 73rd and 74th amendments to the Constitution of India. However, women of higher class/caste are often elected as chairpersons (sarpanch) due to educational qualification barriers. India’s experience seems to suggest that we cannot depend solely on economic growth to improve women’s labour force participation rate. The right kind of growth, that which is gender-inclusive in terms of job opportunities, is the way forward. Given the fact that State has the power to incentive, perhaps the need of the hour is for State intervention to actuate organisations into recruiting more women in corporate bodies.

Women are dependent on traditionally patriarchal institutions like marriage and their husbands for money. Women need land and assets in their name to begin small scale enterprises and the institutional response to remedy this issue would be in the form of flexible credit rates from State banks.

Affirmative action must also extend the judiciary. Women have been successfully breaking the glass ceiling in all spheres but for some reason this has not been adequately depicted in our judiciary. Many states have a reservation policy for women in the lower judiciary, but what is missing is its counterpart in the high courts and Supreme Court. On the one hand, women lawyers are no longer confined to just family law or matrimonial matters but also to taxation, labour, commercial and arbitration matters, a trend that is a healthy progression. On the other hand we have a steadfastly gender just legal system but a dearth of women occupying an equal number of places in the judiciary. In light of all these facts, perhaps we need to have affirmative action in the form of reservation for women in the higher judiciary too. We may also look at this in light of Article 7 of the Convention on Elimination of All Forms of Discrimination Against Women that talks about enhancing greater access to public and political participation of women.

India’s experience seems to suggest that we cannot depend solely on economic growth to improve women’s labour force participation rate.

To conclude, the one thread that links the past with the present is that gender remains a post-facto thought for people. Perhaps one of the reasons why we have been struggling with the existing apparatus is because investing and allocating budgets towards gender equality remains uncharted. Until we mainstream gender into the design of things, we cannot sufficiently rectify the current gender inequity. However, none of this accounts for the fact that funding towards addressing this inequity remains largely scant. And yet for equality to be truly effective or substantive, all our efforts must recognise the existing inequalities in society that exist for women to be active contributors and beneficiaries of the Indian economic growth story.