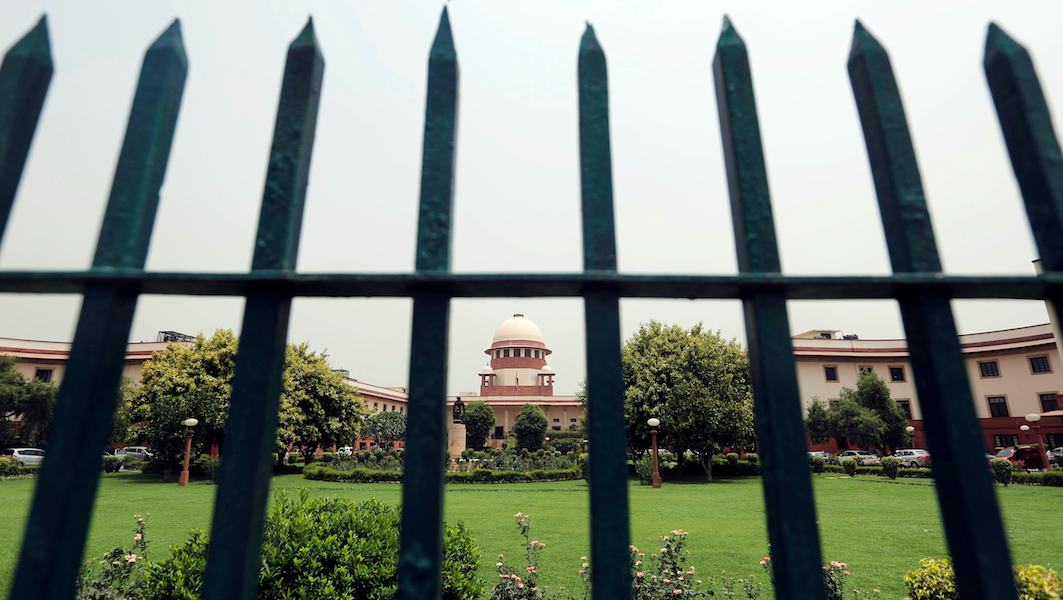 The Judiciary in Lockdown

The Supreme Court of India recently initiated suo motu contempt proceedings against senior lawyer Prashant Bhushan for his tweets. One of the said tweets remarked upon the Chief Justice of India’s move to lockdown the judiciary during coronavirus pandemic. The author examines the Supreme Court’s efforts to allow judicial function as an essential service during a pandemic, its implication on constitutional democracy and proposes a way forward in the current stagnating circumstances of judicial function.

A tweet by eminent lawyer Prashant Bhushan has upset our Supreme Court enough to send him a contempt notice. Bhushan’s tweet complained that while the Chief Justice of India (CJI) was posing with a luxury motorcycle without a mask or helmet, he had kept the court in lockdown.

Even though the Court is operating at a fraction of its prime capacity, it has undertaken remarkable steps to ensure that the justice delivery system is not totally shut down during the pandemic.

If the courts had not suspended normal functioning, as they did from March, there is no doubt that the virus would have spread like wildfire amongst lawyers, clerks, court staff and even the judges.

The nation-wide lockdown exempted a small category of ‘essential services’, like food supply, hospitals, power,  telecommunications, media and the police. The judiciary however did not figure in this list. Faced with the executive fiat of a complete lockdown, the Supreme Court on March 26 decided to continue functioning and take up only urgent cases.

It was a clear message that the judiciary is not under lockdown and would continue to perform its constitutional duties.

Many lawyers took to the new system like fish to water and went paperless with blazing speed. Paper filing was replaced with e-filing. Old dusty files were replaced with glowing tablet pixels Summons and notices were served through email & WhatsApp.

This not only saved an enormous amount of paper, but also saved precious time which used to be wasted in commute. Earlier lawyers used to physically file petitions in court and had to make repeated visits to the court registry to make corrections in order to get them listed. Lawyers outside Delhi had to undertake long journeys to the Capital and then stay in city hotels for days, to be available for briefing senior counsels and assisting them during arguments in court.

It was a clear message that the judiciary is not under lockdown and would continue to perform its constitutional duties.

Most controversially, physical court hearings were replaced with video-conferencing. The Supreme Court has been able to dispose of both minor and complicated cases, including cases of constitutional importance, over virtual hearings. Advocates were forced to be brief in their oral submissions since the very nature of the electronic medium is not conducive to verbose long arguments. Litigants are able to witness court proceedings from the comfort of their homes.

Various High Courts and Tribunals in the country followed in the apex court’s footsteps.

Undoubtedly,  the Supreme Court and the CJI must be applauded for implementing this virtually overnight shift to an online system.

However, several months have passed and all is not well.

Problems with the system

There is near universal acknowledgment that hearings over video-conferencing are far from satisfactory.  Connections are always patchy and there are frequent audio and video drops. There is a much greater danger of justice being denied as compared to physical hearings.

An overwhelming majority of advocates want the old system back as their income has evaporated. While higher judiciary and tribunals have functioned to some degree, most district courts have remained largely closed for routine work.

Not all lawyers have resources like fancy tablets and laptops with decent web-cameras and microphones. Many are not even familiar with creating text or PDF documents and uploading them to cloud. All the bar associations have, therefore, passed resolutions urging the courts to restore normal functioning.

Litigants out in the cold

The situation of the litigants is far worse. Despite the judiciary evolving an online system, for the society at large, most courts are as good as shut down. Those in prison are not able to get bail, criminal trials are not moving, civil suits are stuck and writ petitions stand adjourned. While the rich have been able to get their cases listed through influential lawyers or law firms, ordinary litigants have been far less fortunate.

Despite the judiciary evolving an online system, for the society at large, most courts are as good as shut down.

Bhushan was obviously referring to this unhappy situation when he said that people have been denied their fundamental right of access to justice. In the 142-page counter affidavit filed before the Supreme Court, Bhushan has defended his tweets saying that it underlines his anguish at the lack of physical functioning of the Supreme Court for the last more than three months. He has argued that this has resulted in non-redressal of fundamental rights of citizens such as those in detention,  the destitute and poor.

On his Twitter account that has over 1.6 million followers, Bhushan had made several tweets since March that were strongly critical of the judiciary, especially about its handling of the migrants’ issue and other politically sensitive cases like Kashmir and the Citizenship Amendment Act. The court rightly did not issue him contempt notice for those tweets.

Bhushan was only exercising his freedom of speech by sharing his own bona fide perception of the functioning of an important public institution. However, what ultimately got the Court upset was Bhushan using a picture of the CJI indulging in a personal passion at his home town where he was seen sitting on a fancy motorcycle, to target him for closing the Court, when in fact the CJI had taken several remarkable steps to ensure the Court continues to function.

Being an essential service, it can evolve a hybrid combination of physical hearing for some cases and e-hearing for the rest.

While the Supreme Court will hopefully be magnanimous and drop the contempt case, Bhushan’s message must hit home. The court ought to resume normal functioning and decide as many cases as possible.

Being an essential service, it can evolve a hybrid combination of physical hearing for some cases and e-hearing for the rest. For physical hearing, the courts can evolve a listing mechanism and a time schedule to avoid crowding. It can also mandate the use of masks. The gains in establishing the technological interface should not be lost.

Late Justice V R Krishna Iyer had said, “the best answer to abuse of judges is not frequent or ferocious contempt-sentencing but fine performance.”

At a time of rapidly advancing executive tyranny and majoritarianism in the country amid a decline of all independent institutions, the judiciary remains the citizens’ last hope.  The Judiciary is an “essential service”, even if the government’s March 24 order pretends otherwise. The government while belatedly unlocking the country had said that the people “need to learn to live with the virus” since it was here to stay.

It is time that the judiciary too learns to live with the virus and get back on its feet.

(Pranav Sachdeva is an Advocate-on-Record at the Supreme Court of India. He worked with Prashant Bushan for several years. He loves to travel, watch mystery movies, read science books and study about computers. Views expressed are personal.)