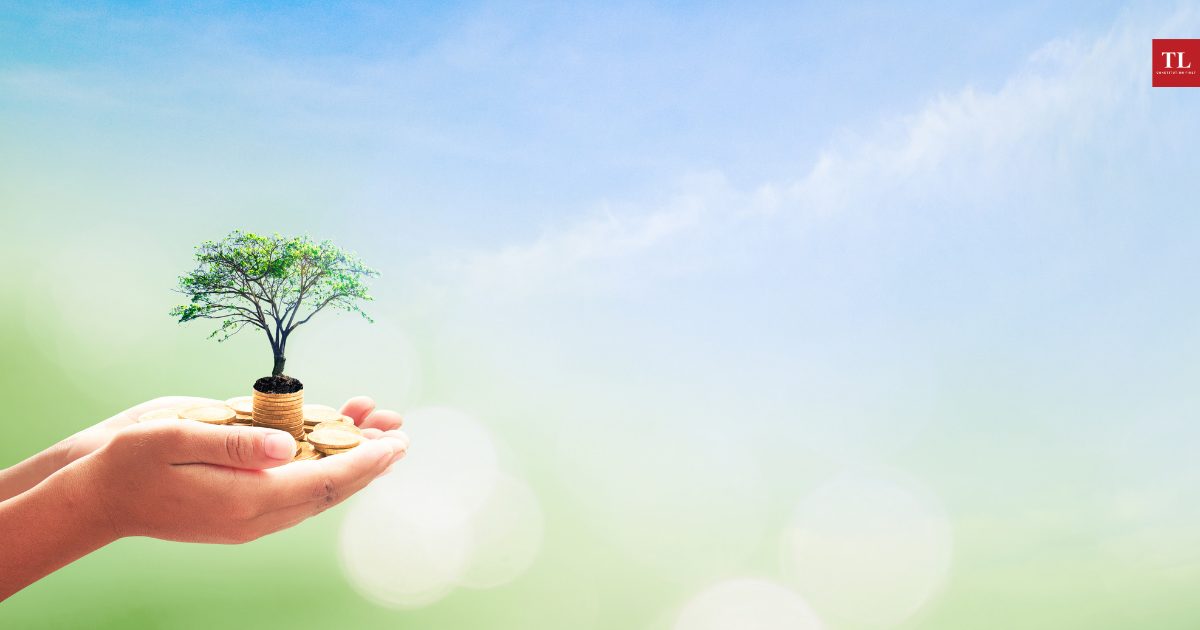 Following the pandemic, NGOs faced several challenges and need support to rebuild their systems and processes. As the number of actors has grown, resources have got diluted and were diminishing development dividends. But a promising new initiative seeks an effective synergy between various actors in the philanthropic sector. The GROW is a one-of-a-kind collective of philanthropists to support and sustain over 100 NGOs post Covid-19, writes DR. MOIN QAZI.

THE catastrophic unfolding of the pandemic appears to be the worst-case scenario that many feared. But hope still shines in this dark tragedy as civil society and myriad NGOs have risen to the occasion and spontaneously collaborated to organise humanitarian work. These grassroots organisations are seamlessly adapting their programmes to the needs of local communities.

Grassroots organisations play a crucial role in social and developmental progress owing to their deep community engagement and last-mile connectivity. Their understanding and observations of grassroots realities are subtle and nuanced and they can serve as effective conduits of development aid. NGOs have made major strides in influencing how aid agencies, development organisations and governments think about development and in making their programmes more sustainable and relevant to the local context.

A robust and resilient social sector is essential to support both the government and corporations in development work at the grassroots.

It is a welcome development that philanthropic arms of corporates are now acknowledging that the growing pressures of the pandemic have strapped the capacity of NGOs to pursue their professional agenda in an organised way.

To make philanthropy more effective, several experts sensibly recommend that donors form alliances with public-sector partners, analyse the root causes of social problems and seek to empower civil-society groups among the poor and strengthen local initiatives. For balance, it is necessary to have greater self-regulation and transparency within the non-profit sector itself.

A set of large institutional donors have come up with a promising initiative that seeks an effective synergy between various actors in the philanthropic sector. The GROW (The Grassroots Resilience Ownership and Wellness Fund) is a one-of-a-kind collective of philanthropists to support and sustain over 100 NGOs post the distress caused by Covid-19.

The GROW fund is anchored by EdelGive and aims to help NGOs revitalise their setup to handle the current pressures and build readiness for future challenges.

The Bill and Melinda Gates Foundation, Manan Trust, Rohini Nilekani Philanthropies, A.T.E Chandra Foundation, Ashish Kacholia and a few more partners, along with Edelweiss Group, are among those who have backed this initiative.

EdelGive has been known for its extensive experience and understanding of funding grassroots. It has emerged as a leading grant-making organisation, supporting vulnerable communities through targeted and impact-oriented programmes of small and mid-sized grassroots NGOs.

The development landscape has never been more cluttered than it is today. As the number of actors has grown, the scope and definition of development has expanded, and many have veered away from the mainstream to peripheral goals.

The resulting scattershot approach is diluting resources and diminishing the development dividends. The GROW approach has the potential of focusing on key areas and enhancing the social return on investments

Earlier, several myths persisted about aid because the aims of many donors did not match the reality on the ground. Donors disregarded the insights and wisdom of their local counterparts and relied on self-serving measures of success.

This approach failed to identify local needs and priorities, generate initiative, foster leadership and strengthen indigenous institutions. The grassroots communities couldn’t derive full benefits nor was their participation in the ownership of the project whole-hearted.

Hopefully GROW will bring the mutual synergy of so many established organisations and revive the authentic social spirit that animated them in their original avatars. “

The innovation and agility of non-profit organisations across India in their response to the Covid-19 crisis have us in awe. While they have stepped up in serving the last in line, as funders we have an opportunity and responsibility to pause, reassess, and restructure ourselves in a way that allows us to be flexible in our support to non-profit organizations”, said Naghma Mulla, CEO at EdelGive Foundation.

NGOs have faced several challenges in the aftermath of the pandemic and need support to rebuild their systems and processes. Most of them depend on corporate donors who are now mandated by law to contribute a stipulated percentage of their profits for development activities. These funds, officially designated as CSR contributions, are mostly channelled through NGOs.

A significant amount of CSR expenditure comes with strings attached. There are terms that dictate exactly where and how the funds must be used.

While this may be appropriate in some cases as corporates would like investments to be aligned with their corporate philosophy and priorities, it reflects a serious lack of trust in the non-profit entities and hinders their ability to operate effectively and with adequate freedom.

NGOs rightly argue that there should be enough money left for them to focus on building their own organisations. They are unable to invest in talent, technology and systems.

Reporting requirements are often an onerous administrative burden on these small organisations which have to devote their scarce skills to educated, English-speaking personnel for writing reports for the donors rather than running the programmes.

There are so many small organisations that handle all their professional work in-house. They could easily have given contracts to the swelling band of starry-eyed consultants, but they chose not to. Instead, they send their own staff, so what the world sees of these organisations is not polished international jet-setters but workers of modest backgrounds and English language skills, lacking fluency but having a single-minded commitment in getting on with the job.

They are happy to work long hours as long as they can find somewhere to cook essential food and sleep peacefully. Having come up the hard way, they are used to being relocated to different projects in the most inhospitable environments.

These social transformation agents are the right conduits for reaching the deeper backwaters which have tougher geographical terrains and are centres of social schisms and extremist ideologies.

Sadly, there are so many organisations who get adequate aid but sponge much of it for their perks and bonuses and are not fair to their grassroots employees who are the real warriors.

It is saddening that the grassroots workers of NGOs have always been very poorly paid as the bulk of the aid is being cornered by the promoters and management. Most of the attention is on the beneficiaries of social programmes as these are seen as the indicators of measuring the reach and effectiveness of the aid. The major limelight is cornered by senior staff who make rosy presentations in the boardroom. There is the media team who have to be frequently taken on junk trips to write sponsored stories for the donors.

Rarely is the lens turned on the lives of development workers: how they relate to project work, aid beneficiaries, their local peers in the development ecosystem, the challenges from indigenous leaders, local cliques or oligarchs peddling different, and often conflicting, advice. Nor is there a culture of getting critical impact studies undertaken by professional agencies.

Most of the CSR media survives on advertorials. the content is sometimes so pluggy that it is hard to differentiate between the write-up and advertisement. Finally, very little truth comes to public knowledge.

There is a lot of innovation and sacrifice by the staff of voluntary organisations, much of which remains anonymous. Even in their periodic reports, the contribution of individuals towards the success of the project is not documented. We should applaud and honour ordinary men and women who work doggedly to implement the projects. They  are truly inspiring heroic, skilful and committed. Yet, there is a growing gulf between the needs of people and the help they are receiving.

In such regions, donors also need to go beyond the sacred Trimurti—sustainability, replicability and scalability —which should be restricted to mainland organisations.

Too much insistence on technicalities leaves genuine development work out of the CSR net. Thus, while organisations need to be supported for investing in better processes and systems, donors must make an extra effort to see that the last mile delivery is efficient and the last mile agents are treated fairly.

Many NGOs begin with noble intentions.

But international funding agencies often set their own agendas and priorities, causing cash-strapped NGOs to chase funding and align their missions with donor objectives leading to “mission creep”.

It has given rise to briefcase NGOs. The NGOs figure out how to design their programmes to suit donors’ priorities rather than genuine local needs.

Also, the mindset of several donors is obsessed with visibility. They want is to do something that can be counted quickly. This can be done by addressing only the symptoms and failing to fix the structural conditions.

There are some socially conscious executives from the corporate sector who are moving to the social sector following the increased emphasis on CSR.

Most of them are joining the CSR arms of large corporate houses. These talented individuals want to create more engagement to collectively solve a problem but they must understand that professionalism in the social sector needs to be accompanied by passion and vision.

Grassroots NGOs continue to suffer from a lack of professional talent and leadership as the compensations are inadequate to attract good talent.

The GROW initiative will hopefully make an attempt to enable NGOs to bring about a profound change in their overall philosophy and strengthen governance at all levels.

The hard truism is that NGOs have been saddled with misplaced expectations, and we have lost a sense of its more modest, even though critical, potential. They are actually tools in a broader development toolbox, but in certain conditions, they happen to be the most powerful tool.

In defining the outcomes, extravagant anticipation should be replaced by a more sober and meaningful appreciation of the accomplishments and possibilities of social change these NGOs can bring about. The system must help them inculcate transparency and trust through regular oversight.

Let us not, in our over haste, throw the baby out with the bathwater.

(Dr. Moin Qazi is a development professional with doctorates in Economics and English. He has authored books on religion, rural finance, culture and handicrafts. He also dabbles in poetry. The views expressed are personal.)