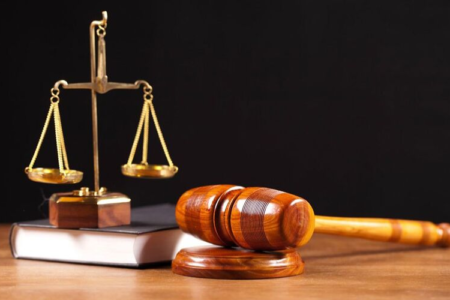 The Etiolation of Judiciary as a Democratic Institution

In times of a deep democratic turmoil enveloping the country, the judiciary has been criticised for failing to uphold the Rule of Law as the guardian of the constitution. SHASHI THAROOR in his book THE BATTLE OF BELONGING published by Aleph Book Company writes on what led to compromise and politicisation of the honourable public institution. Following is an excerpt from his book.

Autonomous public institutions threaten the dominance of the Moditva doctrine because, by design, they are independent institutions, with specialised mandates, commitments, and accountabilities, and they consequently challenge, through merely their independent functioning, Modi’s oversized cult of personality.

Naturally, when these institutions refuse to convert themselves into rubber stamps for whatever the ruling party wants them to do (as the standoff between the RBI and the Centre that led to Urjit Patel’s resignation illustrated) the government’s response appears to be to cut these institutions off at the knees or interfere with the institutional independence that is a defining feature of these bodies. Under the BJP, another well-publicised war of attrition has been taking place within the Central Bureau of Investigation, memorably described as a ‘caged parrot‘.

Similarly, the judicial system, traditionally above the cut-and-thrust of the political fray, has come under withering scrutiny since January 2018, when the four most senior judges of the Supreme Court (including one, Ranjan Gogoi, who would eventually become chief justice) held an unprecedented press conference to question the decisions of then Chief Justice Dipak Misra in allocating cases to his favourite judges as ‘master of the roster’. Their elliptical comments appeared to imply that the chief justice was unduly seeking outcomes to favour the government.

Another point of contention was the inordinate delay in the elevation of the then Chief Justice of the Uttrakhand High Court, who had been selected by a collegium of judges for a seat at the Supreme Court, but whose transfer had faced obstacles from the government, on account of actions he had taken against them in the state. When he finally made it to the bench, he had suffered a loss of several months of seniority, making it impossible for him ever to ascend in the normal course to the position of chief justice.

This technique—the use of inertia as a tool to achieve political objectives—is an additional hallmark of the BJP’s abuse of institutions: vacant positions are left unfilled despite the availability of full information well in advance on when individuals are going to retire, weeding out possible contenders who will retire too during the pendency, thus paving the way for the political favourite.

Chief justices of India are supposed to be free of political interests.

But in April 2018 several Opposition parties circulated an equally unprecedented ‘Impeachment Motion’ against Chief Justice Misra in the upper house, the Rajya Sabha. Though this was rejected by the Rajya Sabha chairman, the Vice-President of India, two MPs moved the Supreme Court to challenge his rejection, only to find the chief justice handpicking a bench to hear the appeal that indicted him.

They then withdrew their case, but the image of the judiciary took a beating from all this, from which it will not easily recover.

But since it fulfills the ‘nationalist’ agenda of the previously independent judiciary largely marching in lockstep with the government, criticism in mainstream media has been muted or non-existent.

The performance of the impugned chief justice’s successor, Ranjan Gogoi, was even more troubling, though he was never impeached. His role in reducing the fiercely independent apex court to an ‘Executive Court’, subserving the government’s agenda, has been scathingly portrayed by legal luminaries.

Ranjan Gogoi’s tenure as chief justice became even more controversial when he was accused of sexual harassment in April-May 2019; he dismissed the allegations after constituting himself as the judge in his own case. He presided over the remarkably opaque functioning of the Supreme Court’s Collegium, changing none of the practices to which he had objected, as one of the four dissenting judges, during his predecessor’s tenure. He decided that a respected liberal judge, Justice Akil Kureshi, was not ‘fit’ to serve as Chief Justice of the Madhya Pradesh High Court, for reasons never explained, while exiling him to the Tripura High Court, which meant that either the judge’s ‘unfitness’ was clearly unsubstantiated or his reassignment was a deliberate insult to the latter court.

The ex-chief justice also made astonishing statements from the bench, notably telling a man who had been jailed for satirical speech that ‘jail is the safest place for you’, or advising a woman seeking her constitutional rights to move freely throughout the territory of India under Article 19(1)(d) that ‘Srinagar is a cold place, why do you want to move around?’

His partisan stand on the disposal of petitions seeking the observance of international standards of non-refoulement regarding the Rohingya refugees did no credit to the ex-chief justice’s respect for established standards of international humanitarian law. And his refusal to entertain human rights claims, including habeas corpus petitions, connected to the lockdown in Kashmir and the detention of Kashmiri political leaders without trial, because the Court had ‘no time’, reflect an unconscionable attitude towards civil and constitutional rights.

At the same time the Supreme Court, with Ranjan Gogoi as CJI, fast-tracked a slew of cases—ranging from the National Register of Citizens (NRC) in Assam to the Babri Masjid/Ram Janma-Bhoomi dispute, a ‘land dispute’ of interest to the Hindutva movement, that was of interest to the ruling party at the Centre—while Kashmiri cases involving constitutional principles went unheard.

In the words of the legal analyst Gautam Bhatia, ‘ex-Chief Justice Gogoi oversaw a drift from a Rights Court to an Executive Court. Under his tenure, the Supreme Court has gone from an institution that—for all its patchy history—was at least formally committed to the protection of individual rights as its primary task, to an institution that speaks the language of the executive, and has become indistinguishable from the executive.’

The tendency of judges to follow the ballot box, to get carried with the times, has to be avoided. The judiciary is the lifeline of democracy, and if people lose faith in it, they lose faith in democracy itself.

This is Ranjan Gogoi‘s legacy and added to the considerable damage done over the Modi years to the institutional credibility of the Supreme Court. But since it fulfills the ‘nationalist’ agenda of the previously independent judiciary largely marching in lockstep with the government, criticism in mainstream media has been muted or non-existent.

The Gogoi tenure was capped by his unprecedented appointment, within weeks of his retirement, to nominated seat in the Rajya Sabha, the Upper House of the Indian Parliament. The offer of such a position and its immediate acceptance brought to mind the warning issued by the late BJP leader Arun Jaitley when he was in Opposition:

The tendency of judges to follow the ballot box, to get carried with the times, has to be avoided. The judiciary is the lifeline of democracy, and if people lose faith in it, they lose faith in democracy itself. But even while Jaitley was alive, a former Chief Justice, P. Sathasivam, was appointed by the Modi government to the post of governor of Kerala. That chief justices, like Caesar’s wife, should be above suspicion, now seems to be a principle honoured in the breach in Modi’s India.

(Shashi Tharoor is a parliamentarian, writer and former international diplomat. He is the author of many renowned books, with his latest being ‘The Battle of Belonging’ published by Aleph Book Company. Views are personal.)