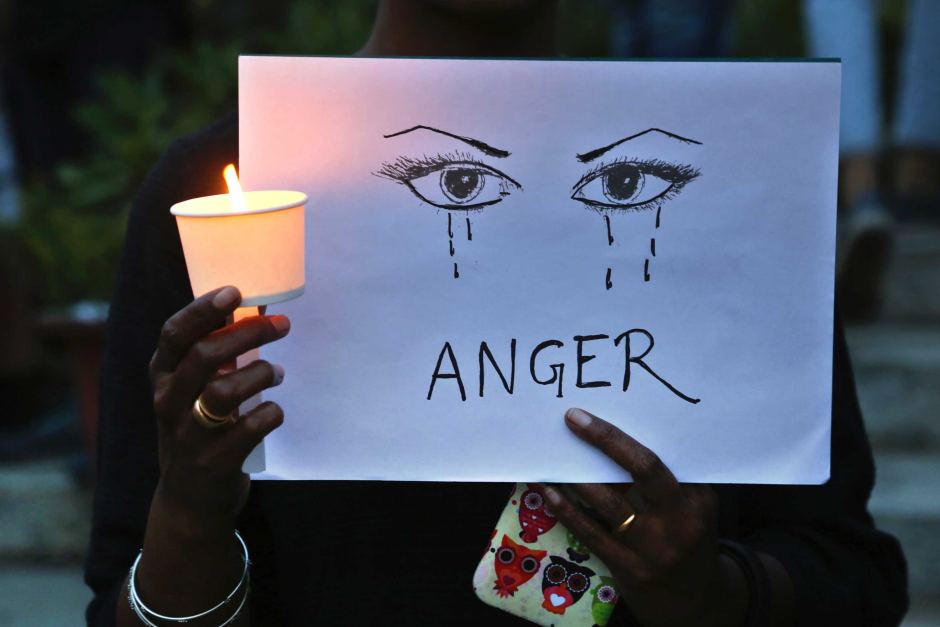 The Andhra Pradesh Disha Bill: A Knee Jerk reaction of the Legislature

The debates on stopping sexual violence against women more often that not revolve around strengthening the laws. Harsha Kandukuri, a post graduate in law from Azim Premji University, questions the rationality and extent to which one can strengthen laws, when strong legal mechanisms already exist.

WITHIN 16 days of a gruesome rape and murder of a young woman ‘Disha’ on 27.11.2019 in Hyderabad, the State Assembly of Andhra Pradesh passed ‘Andhra Pradesh Disha Bill-Criminal Law (AP Amendment), Bill, 2019’. It was later passed by the Legislative council and is awaiting the Presidential assent. Though the Bill gives the colour of adding new offences to the Indian Penal code (IPC), overall it merely increases the punishments for offences which were already existing.

The Bill adds an offence of ‘Harassment of Woman’ to the IPC, which is not only loosely worded but has a potential to infringe the liberties of citizens. According to this provision, the mere act of causing ‘annoyance’ or ‘distress’, ‘alarm’, ‘shame’ or ‘embarrassment’ to a woman amounts to harassment. As one can notice, the terms used here are very vague and cannot be defined in precision. What causes annoyance to one woman may not cause annoyance to another.

It is settled law that, the vagueness in a penal provision is a ground for unconstitutionality. The Supreme Court in Shreya Singhal v. Union of India, while dealing with the constitutionality of section 66A of the IT Act observed as follows. “What may be offensive to one may not be offensive to another. What may cause annoyance or inconvenience to one may not cause annoyance or inconvenience to another……. There is no demarcating line conveyed by any of these expressions – and that is what renders the Section unconstitutionally vague.”

No one cared to think if enhancement of the punishment was the right thing to do, even though the punishment for rape and other related offences were enhanced twice recently in 2013 and 2018.

This provision is a grave threat to the freedom of speech and expression, as it punishes a person who seeks to establish contact with a woman personally or through any medium of communication, if such communication causes annoyance or distress or shame or embarrassment etc. to a woman. This section is attracted for simple acts like sending a friend request on Facebook or Hi on Whatsapp, if the woman feels ‘annoyed’ or ‘embarrassed’ or ‘ashamed’ by such communication. While pointing out some instances which are considered as harassment if the woman feels annoyed or ashamed etc., this section includes ‘sending unwanted communication’ and ‘defaming or causing disrepute to woman on social or electronic media.’

It is our common experience to get annoyed by the ‘unwanted communication’ from marketing industry. This section is so loosely worded that these kinds of communication can be considered as harassment too. Also, the defamation is a separate offence under the IPC. Because of this section, an act which attracted charges of defamation previously, now can attract the charges of ‘harassment of woman’ too.

In fact, there is no necessity for adding this new offence. The Criminal (Amendment) Act of 2013, which came in the aftermath of Nirbhaya incident in Delhi, takes care of these situations by having ‘sexual harassment’ and ‘stalking’ as offences under IPC. In fact, they are very well worded and come with safeguards to protect the liberties of individuals.

The Bill also seeks to add offences of ‘Sexual Assault on Children’ and ‘Aggravated Sexual Assault on Children’ to the IPC. But the truth is they are already offences under the Protection of Children from Sexual Offences Act, 2012 (POSCO Act) under Sections 7 and 9, respectively. The Bill only seeks to enhance the punishment for both the offences. If the intention of the State were to only increase the punishment, it could have done by proposing the relevant amendments to POSCO Act, instead of adding new offences under the IPC.

The punishments should have rationality, rather than being some arbitrary numbers.

At a time when the efficacy of death penalty is being questioned and doubts are cast on its deterrence effect, the state Legislature of Andhra Pradesh did not think twice to include an option to impose the death penalty for rape. Leaving aside the wisdom of the legislature in enhancing the punishment, what is shocking is that there was no opposition whatsoever against this move. No one cared to think if enhancement of the punishment was the right thing to do, even though the punishment for rape and other related offences were enhanced twice recently in 2013 and 2018. One should have asked whether the enhancement of punishment yielded any results in the last two cases.

It should make us worry if the Bill was well-grounded in penology and was supported by other fields of study such as criminology, criminal psychology and behaviour, or it was just an emotional reaction to a dreadful incident.

The Bill also provides a time frame of 7 days to finish the investigation and file the charge sheet in cases of rape, gang rape, sexual assault on children, aggravated sexual assault on children etc. where there is a conclusive evidence. When the charge sheet is filed under the above provisions, the trial “shall be completed within a period of 14 working days from the date of filing the charge sheet.” There is scope for many practical problems in complying with the mandate of 14 days trial, which can seriously affect the procedural and substantive due process of the accused.

What if the ‘further investigation’ must be carried under Section 173(8) of the Code of Criminal Procedure (CrPC)? What if the accused contends the sections he was charged under and elaborate proceedings should occur for the framing of the charges itself? One should ask whether the accused can appoint a lawyer of his choice, brief him, personally investigate the charges levied upon him, adopt the trial strategy, and successfully defend himself within this short span of 14 days.

The 14 days mandate seems to have ignored the balance between the accused’s right to speedy trial and right to fair trial. We should also remember that the CrPC already has a time frame for filing a charge sheet within 2 months from the date of FIR and completing the trial within 2 months from the date cognizance of charge sheet is taken. (S.173 & S.309).

The 14 days mandate seems to have ignored the balance between the accused’s right to speedy trial and right to fair trial.

Leaving aside the merits of the time frame provided in the Bill, the way the amendment was proposed was absurd. While providing the new time frame for investigation and trial of sexual offences against the women and children, the Bill does not amend the existing time frame provided in Sections 173 and 309 of CrPC. But it adds another sub-section with the new time frame, without the non-obstante clause. The effect of this is that there are two-time frames, which will cause confusion in law enforcement and jeopardise the right to fair trial of accused. A right approach would have been to amend the existing provisions in the CrPC itself rather than adding new sub-sections.

What is so surprising is that a year before the Bill was passed, the Parliament had an opportunity to revisit some of the provisions the Bill. In the Criminal (Amendment) Act of 2018, the Act provides that the appeal proceedings against the sentencing in sexual offences should be completed within 6 months. Now, this Bill wants this to be changed to 45 days. There is no connection between 45 days and 6 months. It forces us to ask if the numbers are random or if there is any rationality behind them.

This Bill is a testimony to the thirst for instant justice existing in Indian society, especially in cases against women. It should make us worry that, the Bill of this nature was not opposed and in fact lauded by the society. We have come to a stage, where opposing these kinds of legislations, death penalty or harsher punishments, which are proved to be ineffective, is viewed as supporting the rapists and soft on crime. The punishments should have rationality, rather than being some arbitrary numbers. We should not forget that the decisions we take on criminal law effect the inviolable life and liberties of citizens.