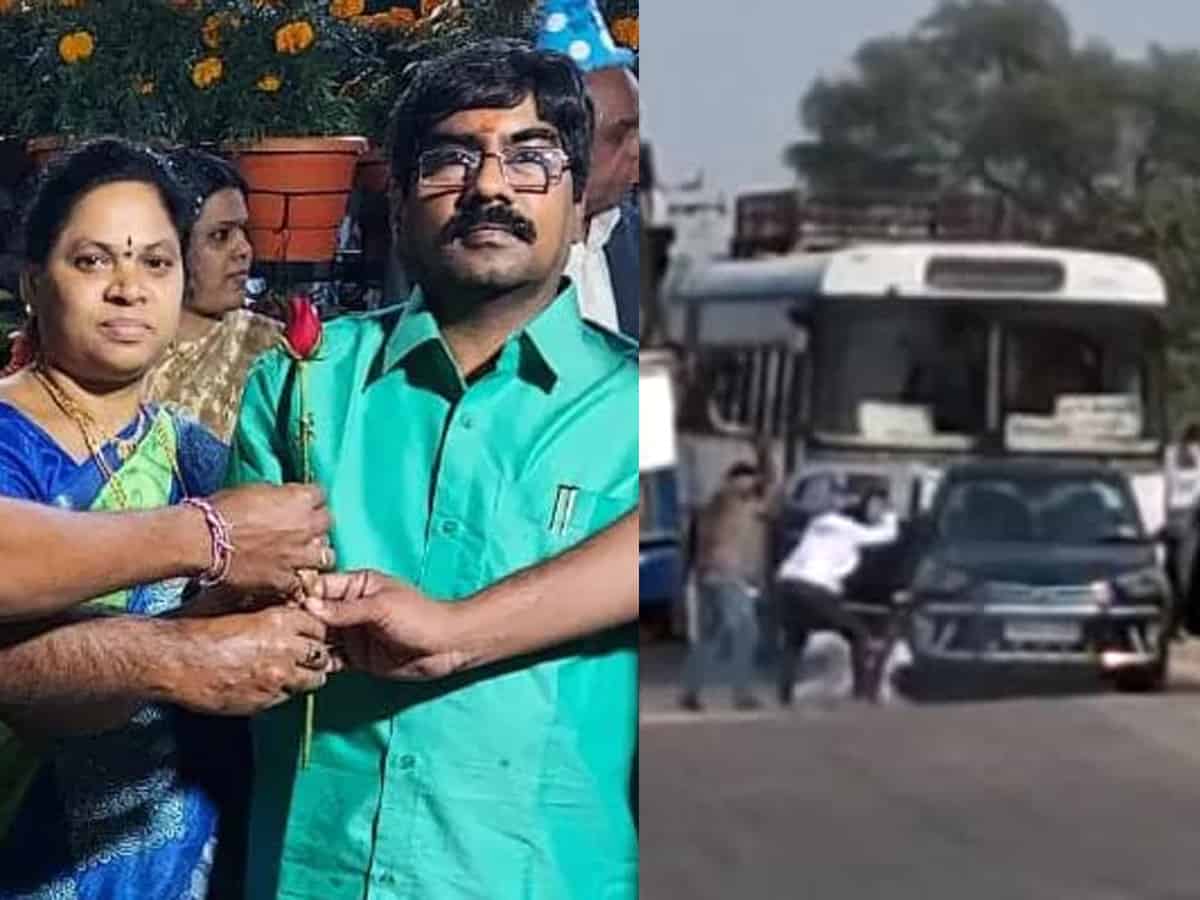 Taking cognisance of the murder of the lawyer couple in Telangana, the Telangana High Court has ordered an investigation into the matter and has sought a status report on the investigation by March 1, 2021. Lawyer couple Gattu Vaman Rao and his wife PV Nagamani were killed in broad daylight by two assailants on Wednesday, a report by Rhea Binoy

THE Telangana High Court on Thursday took suo moto cognisance of the killing of a lawyer coupe in Peddapalli district in Telangana. The court has directed the government to “properly and expeditiously” investigate the matter.

The court has sought a status report on the investigation by March 1 from the government.

Describing the killing as “unfortunate”, Chief Justice Hima Kohli called for a report and directed that the investigation be done properly, with a careful collection of the evidence. The court said the police shall investigate the killings without any delay.

The court ordered the Telangana Advocate General to inform the government to collect evidence such as videos including ones that were circulated on social media, which were recorded by people passing by, and statements of the people who may have witnessed the incident while travelling in their vehicles.

Evidence will be gathered and sent to experts to check the authenticity of the recordings and that there should not be any lacuna in the investigation and it should be properly handled, the court said.

Gattu Vaman Rao and his wife PV Nagamani, both practicing lawyers in the High Court were killed when they were travelling in a car on Wednesday.

Two people interrupted and attacked the couple using knives and other weapons near a village in Ramagiri Mandal.

During his last moments, Vaman Rao reportedly named a local leader of the ruling Telangana Rashtra Samiti (TRS) as responsible for the attack. Passers-by filmed Rao lying on the road and repeatedly naming the leader, after which the video went viral.

The family of the deceased couple had also alleged that a local TRS leader was responsible for the attack.

Last year in September, the lawyer couple had moved to the High Court complaining that the police were harassing and threatening them after they wrote a letter to the court over the alleged death of a man under police custody under the Manthani Police Station. The couple had also filed various PILs on various issues in different courts including the High Court.

Police earlier said that two people in another car interrupted the lawyer couple’s vehicle and brutally attacked them, and then fled the spot. Ramagundam Commissioner of Police V Satyanarayana told PTI, that the preliminary investigations revealed that the duo were professional killers.

The police have assured that six special teams were formed to nab the assailants and those involved in the crime, and have also detailed a few people based on suspicion.

The Telangana Bar Council had condemned the brutal killing of the lawyer couple and demanded that killers be arrested immediately. It also demanded that the government enact an Advocates Protection Act for the safety of the advocates’ community.

Meanwhile, advocates in Telangana had raised slogans and took out rallies near the High Court and in the adjoining areas condemning the killing. The police took the protesting advocates into preventive custody as they tried to proceed with the march towards the Raj Bhavan.

Both BJP and Congress had demanded a high-level probe into it.