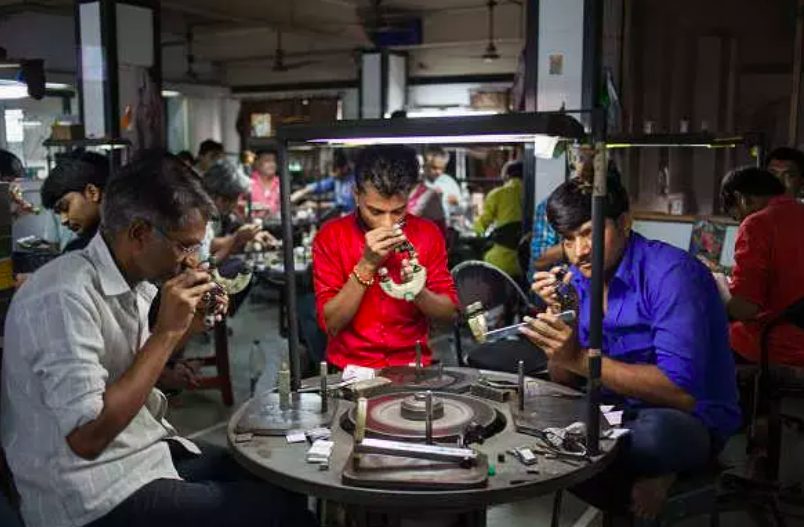 Mitesh Prajapati, a 30-year-old diamond polishing worker in Surat, Gujarat, was the sole earner of his family of four. Post lockdown last year, like many workers in the diamond industry, he could not manage to get a job. For seven months, Prajapati had no job, which pushed his family into acute economic distress. Prajapati, a resident of Nana Varachha area of Surat, had to provide treatment for his ailing mother, his wife and daughter. In early July last year, he consulted a local doctor in his area after being sick with fever. He was advised to get tested for COVID-19. However, Prajapati, unable to bear the added expense of his treatment, jumped into a river on July 4, 2020.

“He was under immense mental pressure to be able to provide for his family. Apart from usual expenses, our mother is ailing and needs medicines every month. When the doctor suggested he might have COVID-19 and should get tested, he saw it as another expense and couldn’t bear the thought of it. My brother’s wife and daughter were forced to go back to her (wife’s) maternal home in the village and mother has moved in with me,” Hitesh Prajapati, Mitesh’s older brother told NewsClick.

“I have to now provide for a family of five including my wife, son, sister and mother. I too haven’t had a permanent job for four months. For the past four months, I have managed to be employed for about 10 to 12 days a month only. Rest of the days, I stand for hours at the circle from where contractors pick up workers as I am scared to go home without a day’s pay,” shared Hitesh, as he broke down remembering his younger brother.

The diamond industry in Surat employs about four to five lakh workers who primarily hail from Saurashtra region of Gujarat and migrate to Surat for work. Post lockdown, when the industries re-opened, about one lakh workers did not return from their native villages. Amongst the about three lakh workers who returned, many did not manage to get back their jobs.

“Only 70% of the workers who returned to Surat have managed to get their jobs back. However, most of the workers are working for half their original salaries post lockdown. Those who used to earn Rs 600 to Rs 500 for 12 to 14 hours of work, are now getting between Rs 250 to Rs 350. Most companies who had reduced salaries when the government had directed to pay less but not cut jobs, still continue to pay less,” Ramesh Zilriya, President of Diamond Workers’ Union, told NewsClick.

“To add to that, no COVID-19 protocol as directed by the state government, is being followed by the companies. As per government guidelines, the companies have to function with 50% employees on a rotation basis, maintain social distancing among the workers, sanitise the premises periodically, provide employees with masks and sanitisers, and conduct tests of employees weekly. No company is following these directives. In fact, four workers are still sitting on a ghanti or a diamond polishing machine, which is about 4 feet broad. If they allow two or one worker per ghanti, their output will go down. By now, as per data gathered by our organisation, there are 600 to 700 diamond workers who have tested positive and at least 150 have died due to COVID-19,” added Zilriya.

Bhavesh Gohil, resident of Kamrej, Surat, and a diamond polishing worker, kept working despite feeling uneasy for days until he was running a fever on April 5 this year.

“He was working in the company when he felt he was coming down with a fever and told his manager. However, he wasn’t allowed to leave immediately. He had to give an account of diamonds he was polishing on the day before he could leave after almost an hour. On April 6, he tested COVID positive and was admitted to the Civil Hospital. He died on April 10,” Raju Gohil, Bhavesh Gohil’s brother, said.

“Bhavesh had informed his manager that he had tested positive and hence couldn’t come to work before he was admitted to the hospital. However, no one reached out to us during his treatment or after his demise. We didn’t get any financial help for the treatment,” added Raju, who is a daily wage earner and now sole provider for his brother’s family and his own.

“Every day, two or three workers are dying and still there are at least 500 workers working in a building without following any COVID-19 protocol. When one worker tests positive for COVID-19, the other three workers sitting on the same four-feet ghanti (diamond polishing machine) are not being tested by the company. A company is required to shut down for seven days after an employee tests positive and sanitise the premises. No company is following this directive. Instead, workers are being asked to not inform any government body or authorities after they test positive. Financial aid for the treatment of workers is a far-fetched dream here when most companies are not even providing masks. There are workers who did not get a bed in a government hospital and had to borrow money to pay the bills of the private hospitals,” said Bhavesh Tank, vice president of the Diamond Workers’ Union.

“Twenty workers have committed suicide from September last year till 2021 due to economic crises. We have filed a case against 1,490 diamond companies on behalf of the workers demanding financial aid. When a worker tests positive, we demand that they be paid their full salary,” Tank told NewsClick.

Rajubhai, a resident of Junagadh, worked as a diamond polishing worker in Surat. He had to go back to his native village in Junagadh as he had no means to pay for his livelihood in Surat. On April 1, he had a fever and then tested positive for COVID-19 and had to be admitted to a private hospital on April 5.

“I came to Junagadh after a month of not having a job. I tested positive and attempted to get admitted in a government hospital but did not get a bed. I had to be treated at a local private hospital where I was handed a bill of Rs 92,000. I had to take a loan from a loan shark on heavy interest to pay the hospital bill,” said Rajubhai.

“I have decided to not go back to Surat at least until Diwali. I had no work for a month there. In the village, I have four bigha of land. It is not enough to feed my family, but we will manage. It is better than standing at the circle, from where the contractors pick up workers every day, for hours hoping to be employed, but returning home without money,” he added.