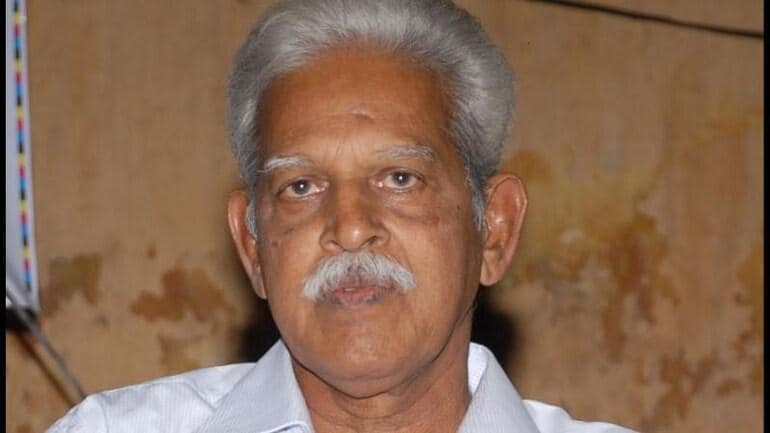 The vacation bench posted Rao’s appeal for hearing on July 11.

EARLIER today, a vacation bench of the Supreme Court directed its registry to list on July 11 the appeal filed by poet, activist and teacher P. Varavara Rao, accused of inciting violence in the Bhima Koregaon case, against the Bombay High Court’s order refusing to extend his medical bail.

Senior advocate Anand Grover mentioned the appeal before a vacation bench comprising Justices Surya Kant and J.B. Pardiwala, seeking an urgent listing of the appeal, given that the due time for Rao to surrender is expiring on July 13.

In his appeal, Rao has submitted that his further incarceration would ring the death knell for him as advancing age and deteriorating health are a fatal combination. Rao, who is 82 years old, is suffering from multiple ailments. He has drawn the attention of the court to the passing of Fr. Stan Swamy, who died in judicial custody in July last year even as he kept asking for medical bail.

“All the medical parameters go to show that if the Petitioner is sent back to judicial custody, it will not be long before his condition reverts back to what it was when the Petitioner had to be admitted in J.J. Hospital three times from May 2020 till 18.11.2020 when due to this Hon’ble Court’s intervention, he was shifted to Nanavati hospital”, the petition reads.

On February 22 last year, a division bench of Justices S.S. Shinde and Manish Pitale of the Bombay High Court had granted six-month medical bail to Rao after observing that the conditions of old age, sickness, infirmity and multiple health ailments suffered by Dr. Rao indicated that his continued custody would be incompatible with his health conditions, and that sending him back to Taloja Central Prison would amount to endangering his life, thereby violating his fundamental right under Article 21 of the Constitution of India. The bench also directed that on completion of a period of six months, Rao would surrender to the jail authorities, or he may apply for extension, depending upon his health condition, supported by medical examination reports. Besides, the bench put a restriction that Rao would not leave Mumbai.

The appeal, filed through Advocate-on-Record Nupur Kumar, states that after the grant of bail, Rao’s health deteriorated. He developed umbilical hernia for which he had to undergo surgery. He also needs to be operated for cataract in both his eyes, which he has not undertaken as the cost in Mumbai is prohibitive.

In August last year, Rao approached the high court seeking permanent medical bail, and to relax conditions to allow him to travel to Hyderabad, his hometown. However, on April 13 this year, a division bench comprising Justices S.B. Shukre and G.A. Sanap dismissed the petitions filed by Rao, and directed him to surrender within three months. The bench, though, directed to expedite the trial.

Rao in the Supreme Court contends that the February 2021 order granted him liberty to seek an extension of medical bail depending upon his health condition. However, the subsequent bench on April 13, refused to grant extension but proceeded on the wrong footing that the earlier bench had refused to grant bail for an unlimited period of time.

The plea also highlights that petitioner, after the impugned order, contracted COVID-19 for the second time, which became serious.

“His Red Blood Cell (RBC) Count dropped to below the minimum (4.50 mil/µL) and sis CRP to 46 as a result of which he had to be hospitalized”, the petition reads. Rao submits he has all clinical symptoms of Parkinsonism.

On the direction to expedite the trial, Rao submits that the high court failed to consider that, apart from procedural formalities which have to be still complied with, including furnishing of cloned copies of the electronic devices seized, over 300 witnesses have to be examined.

“It is submitted that in the totality of circumstances, the trial will take not less than 10 years. In fact, one of the accused in the case, Father Stan Swamy, who was suffering from similar ailments as the Petitioner, passed away even before the trial could start”, Rao asserts.

Rao argues that he has a right to health and medical treatment under Article 21 of the Constitution, and that the same would be violated if he was subjected to incarceration at Taloja jail. It is settled law and the Supreme Court has held that bail can be granted in Unlawful Activities (Prevention) Act, 1967 (‘UAPA’) cases despite the statutory bar on bail when there is a violation of fundamental rights, his petition contends.

It is to be noted that the trial is yet to begin in the Bhima Koregoan case. The prosecution has filed a chargesheet exceeding 5,000 pages and intends to cross-examine at least 200 witnesses. Thirteen of the 16 accused persons have now spent between one to over three years in judicial custody without trial