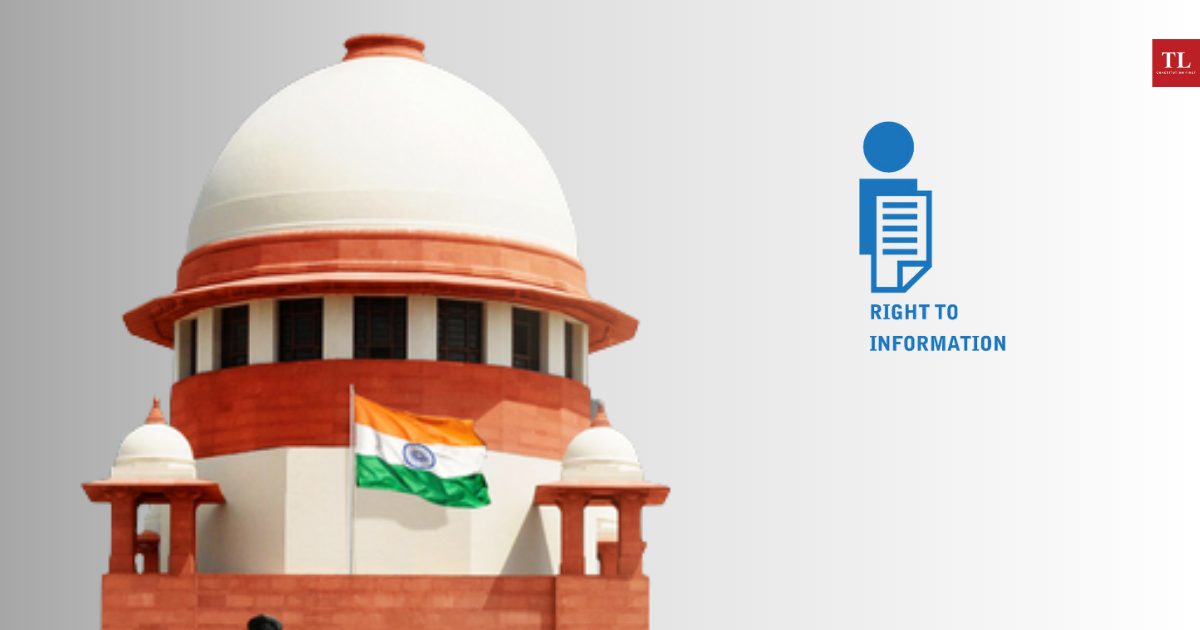 Not for the first time, a plea has been filed in the Supreme Court seeking to curb citizen’s fundamental right to access public records. The Constitution guarantees freedom of speech and expression with reasonable restrictions and the RTI Act follows that scheme too. The Supreme Court must, therefore, castigate all those who seek to curb this right, writes former Central Information Commissioner, SHAILESH GANDHI.

A fresh plea has been filed in the Supreme Court seeking to curb the “misuse” of the Right to Information Act. The plea seeks the additional requirement of “locus standi” in RTI applications and says there should be strict scrutiny of the intention of an applicant seeking information.

This plea effectively attempts to curb Article 19 (1)(a) of the Constitution.

One would have expected such a frivolous plea to be dismissed. Maybe the Supreme Court wishes to pass strictures against this plea, which amounts to seeking an amendment of the Constitution.

A powerful narrative is being built around the “misuse” of RTI. Those in positions of power are indeed upset with the citizen empowerment that this Act has enabled.

The RTI Act has allowed citizens to question arbitrariness and corruption and demand accountability, and this is something the powerful do not enjoy.

The desire to truncate people’s right to information displays the antagonism between those in power and the right of citizens to be empowered. Many government officials are now saying that citizens must only seek information about matters that are “connected” with them.

As an Information Commissioner, I dealt with over 20,000 RTI applications and cases. I had the opportunity to interact with many users of the RTI Act and Public Information Officers (PIOs).

Generally, the PIOs would refer to most applicants who regularly file RTI applications as “blackmailers”, “harassers” and people who misuse this act. However, from my experience, I would broadly divide those who file many RTI applications into the following categories:

The last two categories, very clearly, comprised much fewer than 5% of the total RTI applicants. I often questioned government officers about how blackmailers operate. They would state that the “RTI blackmailer” threatens an illegal action with exposure and thereby extorts money.

I have sometimes wondered why society has such a touching empathy for the victims of the third category of RTI applicants. After all, these people have committed illegal acts. That said, the fourth category of applicants who seek undue favour must certainly be discouraged, and Information Commissioners can do this easily.

The constant refrain of some people who highlight the “misuse” of the RTI Act is nothing but an attempt to muzzle a citizen’s fundamental right to transparency and information. The freedom of speech and expression, which is covered under Article 19(1)(a), has been expanding over time. That is why we see there are national debates whenever a movie is subjected to cuts or when individuals or the media are muzzled by the government, political class or ruffians.

The reasonable restrictions that can be imposed on the freedom of expression are found in Article 19(2). These restrictions also apply to the right to free speech and publishing. The exemptions in the RTI Act cover these. Logically, curbs on freedom of speech, publishing and information must be consistent with each other.

One of the most problematic statements by the Supreme Court was in the Aditya Bandopadhyay judgment. In it, the court ruled that RTI “should not be allowed to be misused or abused, to become a tool to obstruct the national development and integration, or to destroy the peace, tranquility and harmony among its citizens.” This may be appropriate for terrorists, but not for citizens who are simply using their fundamental right to information. The ruling also said that RTI may take up 75% of an officer’s time.

Even if an average of three hours is spent over each RTI application, 10 million applications would require 30 million hours, which is 0.1% of the total working hours. This means it would require 3.2% staff working for 3.2% of their time to furnish the information citizens are demanding.

It is unfortunate public authorities were not castigated for flouting their obligation to ensure that information is available suo moto under section 4 of the RTI Act to the public and instead citizens are upbraided for using their fundamental right. There was no evidence for the statement made by the apex court, yet the latest plea before the Supreme Court appears to rely on this judgment.

The powerful find the RTI Act upsetting for it gives citizens the right to question their arrogance. That is why they are trying to discredit this law by talking about its “misuse” repeatedly. Many eminent persons berate the RTI Act and say it should be limited.

There is widespread acceptance that statements, books and works of literature and art are covered by Article 19(1)(a) of the Constitution, and any attempt to curb it meets with very stiff resistance. However, there is no murmur when users of RTI are labelled deprecatingly, even though it is covered by the same article of the Constitution. Everyone with power appears to think: “I would risk my life for your right to express your views, but damn you if you use RTI in a manner I do not approve.”

An information-seeker can only ask for what is on the record. If the records expose wrongdoing, it is silly to blame the RTI Act or citizens who use this law. This would be like blaming media for scams unearthed by it.

India is rated amongst the top five countries in terms of legal provisions but ranks poorly in terms of implementation of those laws. The only systematic large-scale survey of RTI applications was undertaken by RaaG or the Research, Assessment and Analysis Group, which found that less than 1% of RTI applications could be termed frivolous.

Therefore, I would submit that such a frivolous attitude towards our fundamental right to information is creating an impression that the RTI needs to be curbed and its activists may be deprecated, attacked, even murdered. This is against the constitutional mandate and spirit of numerous Supreme Court judgments issued before the RTI Act was passed.

I hope the Supreme Court will dismiss the latest plea with severe strictures. This kind of plea is an attempt to curb a citizen’s fundamental right, the cherished Right to Information which restores some powers to the actual rulers of our democracy. It gives our people the right to demand accountability and act as monitors of their government.

I am sure the petition seeking illegal amendments to the RTI act will be dismissed with a stirring statement recognising the value of RTI as a fundamental right essential for democracy.