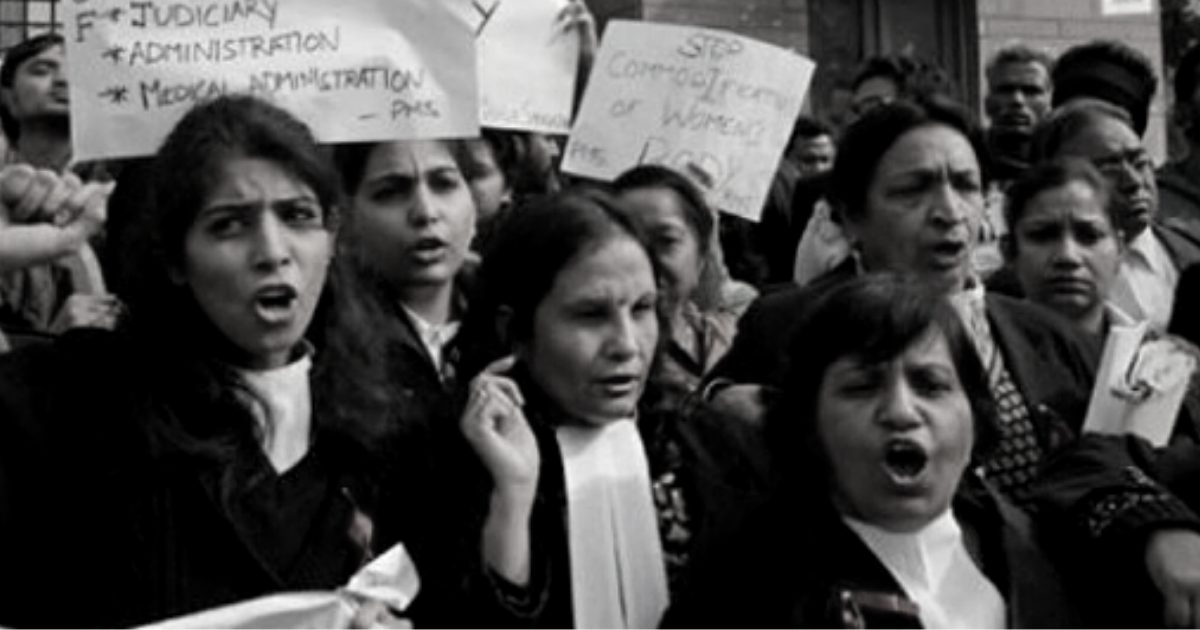 Sujata Kohli v Rajiv Khosla: Judge imposes meagre fine on the convict despite recording that it was aggravated assault

Former Delhi High Court Bar Association President, Rajiv Khosla has been spared of imprisonment, despite being convicted of aggravated assault. The Court levied a meagre fine, while being mobbed by unruly lawyers in the courtroom, writes UJJAINI CHATTERJEE.

The convict has been released after due admonition, keeping in mind his old age of 65 years and the fact that he has not been convicted in any other case, even though he has another pending case against him.

At this point,  Kohli’s arguments were  interrupted as chaos persisted in the Court and the judge continued to request the crowd of lawyers to behave, while asking Kohli to pause.  Kohli helplessly tried to continue her arguments that were nearly inaudible in the noise caused by the mob of lawyers in the courtroom.  She questioned the court’s leniency towards the convict, and the manner in which she was being asked to complete her submissions early.
Kohli insisted that the convict deserved maximum punishment and there was no scope of leniency. This was one of the most aggravated forms of the crime that she had witnessed as a lawyer and a judge, she said.
After the pronouncement of the judgement, CMM Gajender Nagar raised both his hands to the crowd and left.
The Sentencing Order
CMM Gajender Singh Nagar recorded that the convict was being punished with a fine for simple hurt under the Indian Penal Code. The order records that the assault on a lady advocate by a member from the bar and an officer of the Court is definitely an aggravating factor. However, the convict shall be released after due admonition, keeping in mind his old age of 65 years and the fact that he has not been convicted in any other case, even though he has another pending case against him. The order also says that if the fine is not paid within a month, the convict shall be liable to undergo simple imprisonment for 30 days. The Court refused to make any comments on the allegations made by the convict against it in his written and oral submissions.
Reactions of the parties
The Leaflet reached out to Kohli, seeking her opinion on the sentencing order. She said, “The reduced punishment with a mere token fine is a mockery of my 27 years of struggle against harassment, assault, intimidation and insult. I had moved on in life but the judgement of conviction had given me a renewed hope. The judgement was a very courageous one as it came despite the threats of the maddening mobs of advocates in the Court. Yet, we lost to these very same mobs with this mockery of a sentence that ordered an admonition and a meagre fine. Clearly, the Court was  under tremendous pressure. I did not expect this. I have spent sleepless nights and undergone a lot of trauma. This is very disappointing. I have no words left to say how I feel today.”
She added, “I feel disgusted with the system…but, I’m going to resume my fight. I shall not give up.”
The Leaflet also spoke to the convict, Khosla, who said, “I am badly hurt with the conviction judgement as the allegations made by the complainant were absolutely false and though the sentence order is in terms of fine and compensation but the same is conviction in the eyes of law  and I don’t want to have tag of conviction in my over 40 years of professional career  and I will file appeal against the same.”
Read the full text of the order here