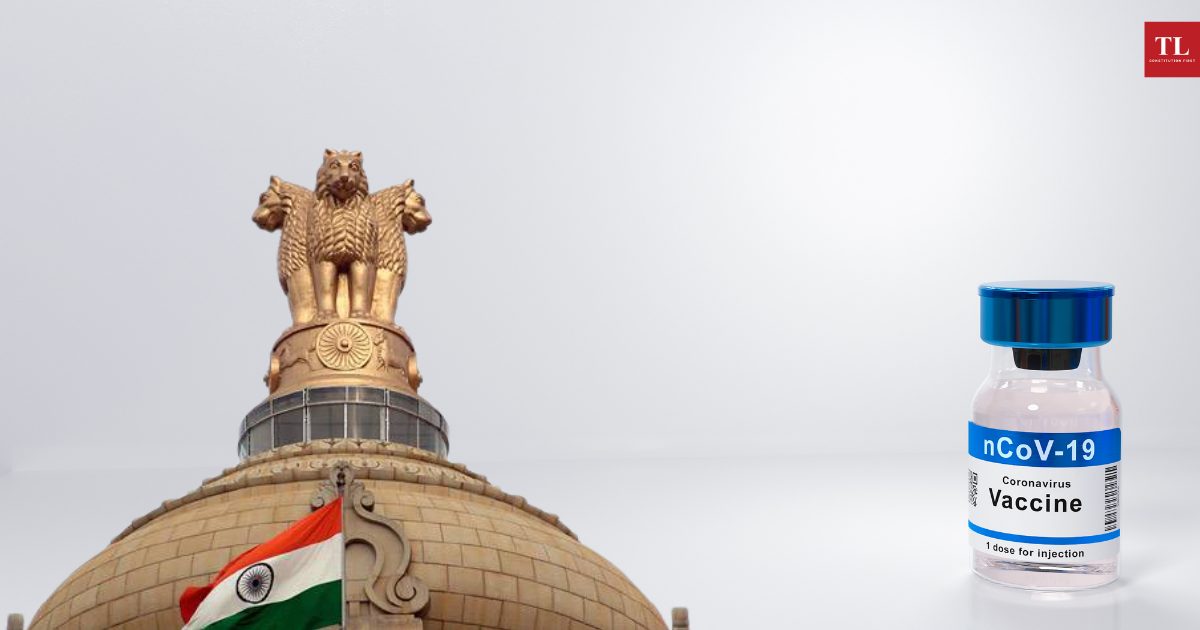 State is obligated to ensure access to healthcare by the Constitution

Despite being the largest exporter of vaccines, India is facing a debilitating shortage of Covid-19 vaccines. This shows that its leadership failed in strategic implementation of vaccine allocation and procuring medical supply. But the right to health is an essential component under Article 21 of the Constitution that guarantees the right to life and personal liberty, writes MAHAK TANWAR.

HEALTH is a crucial indicator of human development as it is one of the most essential parameters to determine the socio-economic development of a country. The recent fallout of the healthcare industry in India has not only led to massive criticism worldwide but made access to healthcare questionable.

Several world leaders have criticise and faulted India’s leadership in tackling the second wave of the pandemic, including Germany’s Chancellor, Angela Merkel, who raised her concern over receiving medical supplies from India. She recently said that the EU “allowed India” to become a large pharma hub.

Countries such as the US, France, Germany and Italy that were affected gravely during the first wave of the pandemic have been able to vaccinate a majority of their population and witnessed a massive decrease in Covid-19 cases as compared to last year.

However, India failed in strategic implementation of vaccine allocation and procuring medical supply.

The right to health is not mentioned explicitly in the Indian Constitution. However, the judiciary has played an imperative role over the years in recognising this right as an essential component under Article 21 of the Constitution that guarantees the right to life and personal liberty.

Under Indian law, the right to health is inherent to life with liberty and dignity.

This principle was established in State of Punjab v M.S. Chawla, wherein the court affirmed that the right to life as enshrined under Article 21 also included the right to healthcare and clinical consideration within its ambit.

To understand the nature of the obligation of the State to ensure an effective realisation of the right to health, Article 21 must be read along with Articles 38, 42, 43, and 47 of the Constitution.

Under Part IV of the Constitution, the Directive Principles of State Policy provide for the right to health, which obligates the State to provide favourable healthcare facilities to the public. Further, in State of Punjab v M.S. Chawla and  State of Punjab & Ors v Ram Lubhaya Bagga, the court held that it was the State’s responsibility and obligatory duty to maintain as well as provide for the health services of its people.

India is one of the largest suppliers of low-cost vaccines such as the recombinant Hepatitis B vaccine in the world. Further, it is also the leading supplier of vaccines to UNICEF and ministries of health in various countries. However, Covid-19 adversely affected the healthcare industry in India. Despite being one of the leading vaccine manufacturing countries, it faced an acute shortage of Covid-19 vaccines during the second wave which worsened the situation countrywide.

There isn’t sufficient supply of vaccines to vaccinate 1.36 billion people in the country. Compared to the other nations, India has vaccinated less than 10% of its total population.

It is evident that the government’s vaccination policy sorely lacks direction, has failed and is a reflection of failed leadership in managing the crisis.

Moreover, the allocation of these vaccinations among different age groups has caused inequality and is a violation of Article 21. The Supreme Court found the government’s vaccination policy, which allowed citizens from 18-44 years to be vaccinated, prima facie detrimental to the right to public health and right to equality as the policy nullifies the option of cohort and walk-in registration for those who have poor access to the internet.

Studies show that the national average broadband penetration in India is 51%, whereas, in rural and remote areas, it is a mere 29.1%. This has led to several problems. The mandatory online registration on the Co-WIN app was questioned by the Supreme Court in In Re: Distribution of Essential Supplies and Services during pandemic.

The vaccine policy is violative of Article 14 that guarantees the right to equality before the law as it fails to consider social realities as well as the impact of such rules in the lives of citizens. The policy must be accessible to online as well as offline registrations so that it is consonant to Article 14. Further, this policy also violates Article 21 as inaccessibility and inequitable distribution of vaccines violate the right to health.

Despite being a leading pharma country, Covid-19 has deeply affected India to the extent that citizens have died due to scarcity of medicines and oxygen supply.

The healthcare system has been crumbling under different mutants of this virus. Additionally, the increasing cases of black and yellow fungus have been causing a great threat to drug manufacturing companies. There is an increased demand for Covid-19 related medicines and medical equipment such as oximeters, oxygen concentrators and ventilators. However, their supply remains limited. This has caused a state of national emergency in India.

Moreover, India has not granted compulsory licensing for the drugs used to treat Covid-19 patients. This has further deteriorated the situation as supply remains limited and inadequate. In a recent three-judge judgement bench of the Supreme Court, the judges took suo moto cognisance of the issue vis-à-vis the redistribution of essential supplies and services during the ongoing pandemic and suggested that the government explore the possibility of compulsory licensing for medicines such as Tocilizumab, Remdesivir and Favipiravir that are extensively used for treating Covid-19 patients.

There are restrictions imposed on international trade which has made it difficult for private companies to import medical equipment and medicines. Additionally, there have been several instances of black marketing (the recent case of Navneet Kalra highlights this issue) wherein medical equipment and medicines used to treat Covid-19 patients are sold at extremely high prices, making their accessibility by a layman even more difficult.

The only way to curb this is by putting a price cap on oximeters and oxygen concentrators under the Essential Commodities Act 1955. However, the government failed to acknowledge this lacuna, due to which there’s a rigorous black marketing of medical equipment and drugs.

Access to healthcare in India has been massively compromised as people are not able to avail the most basic medical facilities. There are long queues not only in hospitals but also at crematoriums and people are unable to procure basic medicines and multi-vitamins from medical stores. In addition, there’s an acute shortage of oxygen supply in states across India, a lack of quarantine centres nationwide, and a shortage of testing kits. Even if a healthcare facility is currently physically accessible, the quality of care provided, at times gets compromised.

(Mahak Tanwar is a lawyer who graduated from O.P.Jindal Global University. She has a keen interest in litigation and ADR. The views expressed are personal.)