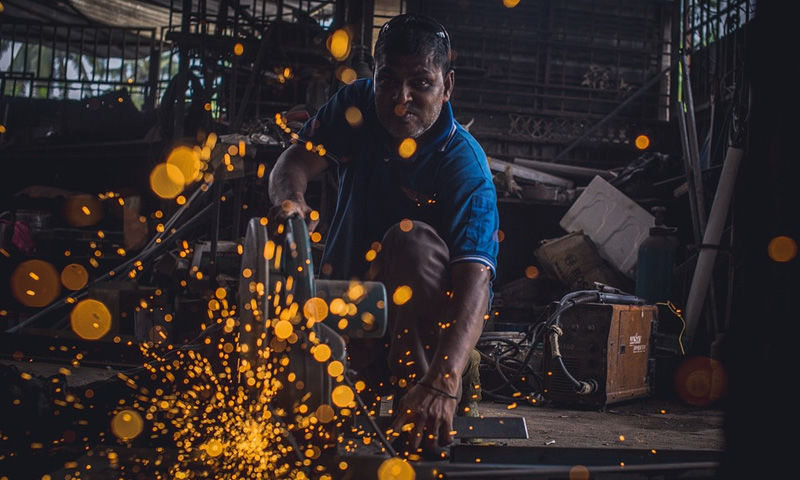 The recently issued draft Industrial Relations Rules have many gaping holes that need to be plugged. It has ignored regulations relating to trade unions and the Model Standing Orders (MSO), writes DR. K.R. SHYAM SUNDAR.

Laws, Rules and Codes notified either by the Central or State governments must not only be framed within the purview of the governing Code, but they must also be laid down with clarity to enable operationalisation. Thus, Rules must be clear, precise and comprehensible.

The Central government has issued the draft of Industrial Relation (sic) (Central) Rules, 2020 (henceforth referred to as Rules) on October 29, 2020.

But before analysing the technical aspects of the Rules, observations are in order on some equally important issues relating to “regulation hygiene”, i.e. the cultural and political mindset governing the language of regulations.

There are three cultural and language issues in the framing of Code/Rules which require serious attention. The Code and Rules use “worker” in place of “workman” but employs the sexist “he/him” which is neither sensible nor gender-sensitive and must be corrected. It is another matter that the legal third gender is not included.
In the application to be submitted before the Tribunal in an industrial dispute (Form-VI), the applicant must “beg” to state the relevant facts and circumstances of the case. In a civilized society even informal relations the continued use of the “colonial expression”, “beg” cannot be allowed.

It needs to be understood that political unionism is still the dominant defining feature of the working-class movement in India and union recognition often depends on the parties in power. Thus, state governments, depending on the parties in power and the preference of their labour wings regarding the method of recognition, will legislate the method and this will lead to divergences across the states.

Urgency cannot be an excuse for committing grammatical and printing errors that exist in not only the Code but also the Rules which jars. It is Industrial “Relations” (not Relation) Code. Having said that, the government must be complemented that for once it was efficient in putting out the draft Rules in a quick time. But the regulations should have been composed in a language that is correct and simple, if not elegant and grand as the Constitution of India!

There are two major problems with the draft Rules:
1. It has left out two major aspects of the Code, viz. regulations relating to trade unions and the Model Standing Orders (MSO).
2. It contains faults, is incomplete and not well constructed.
In Part-1 of this piece, the focus will be on the first of these aspects.

The Central government has left the Rules relating to trade unions to the state governments. However, under the Trade Unions Act 1936, the then Federal government formally issued regulations concerning trade unions in 1938. Some state governments like Maharashtra adopted them or framed their own Rules as Karnataka did.
There are two major reasons why the Central government should frame the Rules relating to trade unions under the Industrial Relations Code (IRC) or make amendments to it. The IRC has left many of the substantive clauses like the union membership fees, objects on which general or political funds of a trade union should be spent, manner of amalgamation of trade unions, the “matters” to be included in a collective agreement, the criteria for recognition of a single union, method of verification of membership for determining the negotiating union and the constituents of the negotiating council and the facilities to be provided to the recognised trade unions.

It is important to recognise that the existing Central law like the Trade Unions Act, 1926 (TUA) contains clauses on all the aforementioned clauses. In that sense, TUA is a “complete” law and did what it sought to do, unlike IRC.

The central trade unions (CTUs) in India has been divided rather sharply on their choices among the three methods of recognition, viz. membership verification, check-off (verification of membership by determining a number of workers who have a membership fee to unions deducted from their salaries) and secret ballot. The Congress-backed Indian National Trade Union Congress (INTUC) has been strongly advocating membership verification and the left unions like All India Trade Union Congress (AITUC), Hind Mazdoor Sabha (HMS), Centre for Indian Trade Unions (CITU), etc. the secret ballot method.

It needs to be understood that political unionism is still the dominant defining feature of the working-class movement in India and union recognition often depends on the parties in power. Thus, state governments, depending on the parties in power and the preference of their labour wings regarding the method of recognition, will legislate the method and this will lead to divergences across the states. For example, the Maharashtra Recognition of Trade Unions and Prevention of Unfair Labour Practices Act, 1970 (MRTU and PULPA) drafted by Congress (INTUC is its labour wing) stipulates “membership verification method,” while Kerala and West Bengal (dominated by Left-wing trade unions) prefer “secret ballot”.

The Code of Discipline (a non-legal document reached in a tripartite agreement in the Indian Labour Conference in 1958, on the one hand and the state labour laws which provide for union recognition like MRTU and PULPA and the Kerala Trade Union Recognition Act, 2010 (KTURA) clearly provide for all the substantive matters and procedural details concerning the recognition of the union.

They have defined all the provisions concerning the recognition process and the rights of recognised trade unions and the conditions for withdrawal of recognition. So, it is the function of the mother instrument, IRC, to define these in detail. But for incomprehensible reasons, IRC has left these to the rule-making processes. Then, the Central government being the author of IRC should cure this malady by making Rules on all aspects relevant to trade unions. The Central government must also ponder whether it is expedient for it to delimit the “matters” to be covered by the collective agreement as it has stressed the need for dynamism and flexibility.

IRC has made some controversial and even contestable reforms on Standing Orders (SO). Section 29(1) of IRC empowers the Central government to make the MSO.  If employers adopt the MSO they would be deemed to have been certified under IRC.  It is quite probable that many employers could use this route to avoid the entire process of having Standing Orders (SO) certified.

It is important to understand that in the normal process employers have to consult trade unions or representatives of workers, send the draft SO to the Certifying Officer who in turn would have to seek the opinions of trade unions and then apply his/her mind to certify it and this can be contested by either party by going to an Appellate Authority to have it finally certified.

It will make sense for employers to adopt the MSO which one presumes will bypass all these processes and not be contested by trade unions to the Appellate Authority.

Given the huge role given to the MSO, the fore-mentioned due processes should have been a part of the Rules framed under IRC as has been the practice so far. But the draft Rules do not contain the MSO. The government is proposing to issue multiple MSO for each sector of economic activity covered by the IRC.  Its justification: “Each sector has its own rights and special issues, so we are contemplating standing orders in at least five-six broad categories. Such a move will take care of peculiarity of that particular sector, rather than seeking a modification in the standing order, which will be a time-consuming process…”

The Code and Rules use “worker” in place of “workman” but uses the sexist “he/him” which is neither sensible nor gender-sensitive and must be corrected. It is another matter that the legal third gender is not included.

This is inadvisable for two reasons. This arrangement makes three assumptions, viz. industry bodies possess complete information and will be conveyed completely to the Central government; conditions in an industry are homogenous across spaces and will not change over time; the Central government is an efficient regulator to make complete contracts.  One or all the three need not be obtained and then these will lead to inefficient and even inappropriate rule-making processes.

For example, industries differ in terms of technology. Several plants in the same firm in paints, engineering and textiles differ in terms of their technology and product diversification which will result in differences in the kinds of employees these plants in the same firm employs and hence the SO will be different for each.
For example, a fully automated plant belonging to the same firm may or may not require workers at all as defined in IRC while those employing older technologies will have differential requirements.  Also, many state governments adopt various industrial, economic, and labour market and institutional (say preference in terms of jobs for locals or a high proportion of migrant workers) which means plants in these regions would differ from their sister plants elsewhere.  Secondly, these will lead to micro-management of labour-management relations and the excessive hand of State and this will lead to “bureaucratic-raj”. What then is the guarantee that MSO will be durable and will not be subject to modification of SO?  The best practice would be to make a MSO and leave it to the parties at the local level to adapt them to suit the local conditions.

Thirdly, it would be pertinent to quote the observations made by Justice P.B. Gajendragadkar in Salem Erode Electricity Distribution Company Ltd. Vs. Salem Erode Electricity Distribution Co. Ltd. Employees, 1965 Supreme Court. This is what he said with regard to a certified SO: “It would at once be clear that by the operation of the Act (Industrial Employment (Standing Orders) Act), all industrial establishments will have to frame terms and conditions of service in regard to all the matters specified in the Schedule, and that naturally would introduce an element of uniformity inasmuch as industrial employment in all establishments to which the Act applied would,…be governed by terms and conditions of service in respect of matters which are common to all of them.”