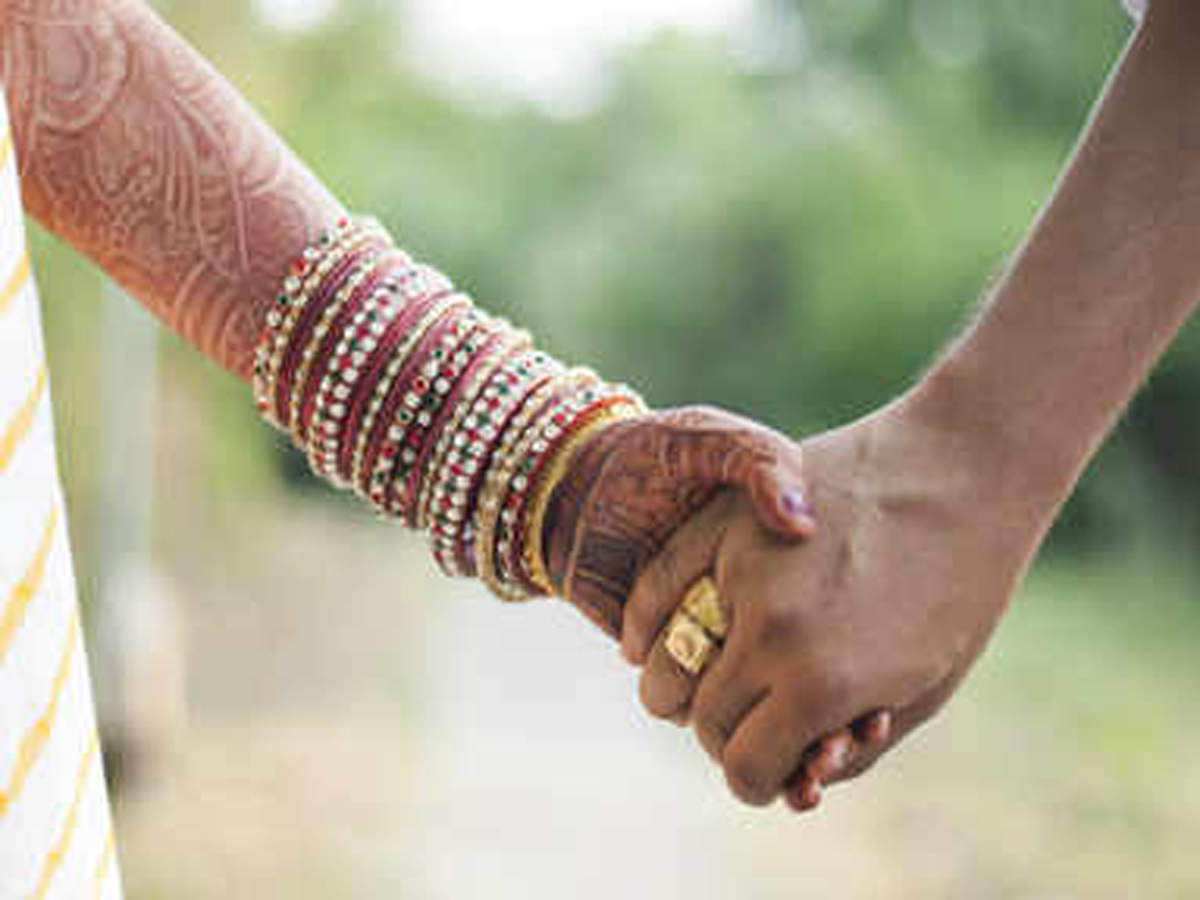 She loves me, he loves us not A monk’s guide to a happy married life

The Uttar Pradesh Prohibition of Unlawful Religious Conversion Ordinance, 2020, like many such xenophobic legislation and practices, entirely disempowers women. It is rank communal; deeply polarising of society; and it incites both hate and violence. Will the court strike down the law, asks JOHN DAYAL.

Adolf, the Bavarian better known by his surname, was not a misogynist. And of course, he was no monk. He loved women, several of them over the years. Lived in sin with Eva in his underground chancery bunkers. And married her just before ending her life, and his. She died as a ‘suhagan’, a happily married woman. This was the type of marriage Herr Hitler thought was the only one appropriate for the great thousand-year Reich he was piloting for the prosperity of the Aryan race.

At the core of it was racial-religious purity. Jews were a lesser breed, and so were Slavs of the East. Blacks were not a threat, not yet, and nor were Arabs, or Indians, though a few of them did come to shake his hand and seek lessons in wearing jackboots and khaki shorts.

Hitler just did not want the blond and very fair children of his nation married to Jews. He had laws put in place proscribing anyone from falling in love and marrying into the community he later destined for the gas chambers as a solution to end their peskiness.

Hitler was not the first one. The great American nation founded by religious refugees did not like polluting and diluting their whiteness either. Miscegenation most often than not could mean death to the young man. But the race rules, written and unwritten, did not prevent White men from raping Black women, be they slaves or free. Such is history.

India boasts of the best ancient encyclopedia on physical love, the Kama Sutra; the medieval monument to married love, Taj Mahal; and legends that beat Romeo and Juliet hollow.

Heard of Sassi-Punnu, for instance, and Soni-Mahiwal, just to name two of the several hundred from the expanse of the undivided country?

But it had its share of laws against mixed love, some codified, many just a part of racial memory which became an obsession with the Khap Panchayats of north India and their equivalents in the Deccan.

The Khaps too ruled death for the erring couple. Underlying their concern were issues of alienation of land – their main preoccupation – and friction between clans over a mere boy and a girl. Those concerns were mainly of caste purity. Even the British eventually did not want White men and Indian women coming together in holy matrimony.

The one man who went on record to encourage inter-caste sex, but not marriage, was the bachelor thinker Golwalkar, who brought to it the mind of a cattle breeder that he was not.

During an address at the School of Social Science of Gujarat University on December 17, 1960, Golwalkar touched upon the issue of cross-breeding of human beings in Indian society.

Underlying his firm belief in race theory, Golwalker said, “Today experiments in cross-breeding are made only on animals. But the courage to make such experiments on human beings is not shown even by the so-called modern scientist of today.

If some human cross-breeding is seen today it is the result not of scientific experiments but of carnal lust. Now let us see the experiments our ancestors made in this sphere. In an effort to better the human species through cross-breeding, the Namboodiri Brahmanas of the North were settled in Kerala and a rule was laid down that the eldest son of a Namboodiri family could marry only the daughter of Vaishya, Kshatriya, or Shudra communities of Kerala.

Another still more courageous rule was that the first offspring of a married woman of any class must be fathered by a Namboodiri Brahman and then she could beget children by her husband. Today this experiment will be called adultery but it was not so, as it was limited to the first child.” [M. S. Golwalkar cited in Organiser, January 2, 1961, p. 5.] The text is no longer in official literature and is quoted usually by critics of the Rashtriya Swayamsevak Sangh.

So why should anyone cavil when the celibate monk of the Gorakhnath temple, in his alternate employment as Chief Minister of Uttar Pradesh, bring about laws that deter young men from wooing young women of a different religious persuasion. In his public speeches, the Chief Minister had promised a violent end to anybody daring to seduce, elope or marry a woman, not of his faith.

He did not name but made it amply clear, that he would not tolerate Muslim men in particular marrying Hindu women, converting them to Islam, and possibly in time having a large and happy family. A happy and large Muslim family.

The law he has brought about, supported tacitly by the married-but-living-alone Prime Minister Narendra Modi, does not name Muslims, or for that matter Christians, Sikhs and Buddhists either. It also, one presumes, does not by implication frown upon Hindu young men marrying Muslim young women, and doing a Ghar Wapsi on them.

The Uttar Pradesh Prohibition of Unlawful Religious Conversion Ordinance, 2020 (Hindi: Uttar Pradesh Vidhi Virodhi Dharma Samparivartan Pratishedh Adhyadhesh, 2020), was cleared by the UP Cabinet on November 24, 2020, and made law by Governor Anandiben Patel on November 28.

The law makes conversion non-bailable with up to 10 years of jail term if undertaken unlawfully and requires that religious conversions for marriage in Uttar Pradesh be approved by a District Magistrate.

Though the Ordinance itself does not use the word “love jihad”, the Chief Minister has gone on record to state that this law has been brought to “regulate love jihad”.

Love Jihad, evoking memories of marauding hordes of Turks, Mongols, and Uzbeks racing through the Khyber Pass and down the valleys of the Indus and Ganges in a thousand-year reign of rapine and pillage and rule, is a dog whistle louder than the call to construct a temple to Lord Rama after demolishing the Babri Mosque.

This is so because, in the guise of law against forcible and fraudulent conversion, it is far more and much more aggressive in its reach, touching even Christians who are targeted by anti-conversion laws in as many as eight States, with the number growing every year.

Can men be taught to seduce women, as the implication seems to be, with some Sangh leaders going to the extent of saying that Pakistan and its military intelligence agencies actually have set up camps where Muslim youth are taught not the use of weapons, but the fine art of seduction?

The answer would seem to be Yes. The Kama Sutra has a “significant portion dedicated to skills of seduction”, as scholar Brandy Engler wrote some time ago in the Huffington Post.

The Constitution of India and its penal codes have no specific provisions regarding the freedom to marry someone from a different race. Article 21 would provide that freedom as it comes under “personal liberty”, which the Constitution protects, and the Supreme Court has reiterated time and again.

The first Chief Minister of Uttar Pradesh and one of the makers of the Constitution, Govind Ballabh Pant [I was friends with his son’s family], wrote, “I am one of those who feel(s) that the success of democracy is to be measured by the amount of confidence that it generates in different sections of the community.

I believe that every citizen in a free state should be treated in such a manner that not only his material wants but also his spiritual sense of self-respect may be fully satisfied.”

Pant was not a mere someone. He was instrumental in shaping Hindu society as we know it today. He protested the zamindari system to passing the Hindu Code Bill in the State, which made monogamy compulsory for Hindu men and gave Hindu women the right to divorce and inherit ancestral property.

The U.P. law, like many such xenophobic legislation and practices, entirely disempowers women. It is rank communal; deeply polarising of society; and it incites both hate and violence.

But the deep fear which eats heavy as a ball of lead in the pit of my stomach is that it will find support among many, cutting across the rural and urban, poor and middle-class divides.

That is so because the ground has been well-prepared since the election campaign of 2013-14 to accept and rejoice in anything that puts the Muslim in his place as a second-class citizen, shorn of rights, shorn of human dignity.

Now every youth will be a suspect.

Will the High Court or Supreme Court strike it down? They have upheld the anti-conversion laws which target Christians. People can only hold their breath. (Courtesy: Indian Currents)

(John Dayal is a senior journalist and human rights activist. The views are personal.)