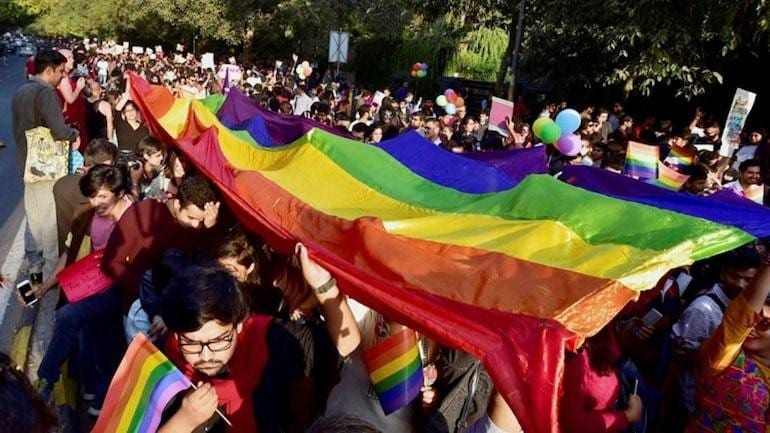 The question of same-sex marriage has arisen through many petitions before courts. DORMAAN DALAL examines the provisions of the Special Marriage Act to gauge its heteronormativity and gender neutrality in the first article of this two-part series

On October 14, in a welcoming development in the National Capital, a Division Bench of the Delhi High Court issued notice to the Union of India and Government of NCT of Delhi in two Writ Petitions. It impugned the Foreign Marriage Act, 1969, and the Special Marriage Act, 1954 “to the extent they do not provide for registration/recognition of same-sex marriages”.

South of the Vindhyas, reports also emerged towards the end of January 2020 that a gay couple from the southern state of Kerala, had filed a similar Writ Petition in the Kerala High Court. A notice was issued to the State of Kerala and the Union of India. The petition challenged the validity of Section 4 and Schedule 2 to 4 of the Special Marriage Act, 1954 on the ground that it restricts marriage only to a man and woman and is therefore violative of Articles 14, 15 (1), 19(1)(a) and 21 of the Constitution of India.

All the aforesaid petitioners sought directions in their Petitions to direct the respondent governments to register their respective marriages under the aforementioned statutes.

Post the judgment of the Constitution Bench in Navtej Singh Johar and Others v. Union of India it was a foregone conclusion that same-sex couples would eventually knock on the doors of the constitutional courts to seek recognition of same-sex marriages.

The Union of India has taken an adversarial and hostile stand in the Delhi High Court in a similar Petition to recognise same-sex marriage under the Hindu Marriage Act. Considering this, rather than attacking the provisions of the Special Marriage Act, 1954 (the Act) on the grounds of unconstitutionality, it could also be possible to assist the Court in interpreting the Act in such a way that its provisions can be made applicable to same-sex marriages. This approach would make it difficult for the government to dig in its heels and oppose same-sex marriage.

The Special Marriage Act provides for registration of a “special form of marriage in certain cases”.

According to its Statement of Objects and Reasons, the Act provides for “a special form of marriage which can be taken advantage of by any person in India and all Indian nationals in foreign countries irrespective of the faith which either party to the marriage may profess.” Thus, the Act is not restricted only to citizens of India but is applicable to all persons from all walks of life whether Indian or not, atheist or agnostic, gay or straight, bisexual or bi-curious, homophobic or homogenous.

Sections 4 to 14 of Chapter II of the Act deals with “Solemnization Of Special Marriages”.

This shows that the Legislature, in its wisdom, purposefully chose to use gender-neutral words instead of gender-specific words, thereby enabling same-sex couples intending to marry to take the benefit of this Act.

As per the said section, “ a marriage between any two persons” may be solemnized under this Act” on fulfilling certain conditions, one of which is that “the male has completed 21 years of age and the female has completed 18 years of age.” The use of the words “two persons” indicates that the section is gender-neutral and not gender-specific or binary.  Further, Section 4 (c) that sets out the age of marriage uses the article “the” before male and female and not the article “a”.

The notice of intended marriage under Section 5 has to be given by “the parties” intending to marry and not the “man and woman” or “male and female” which signifies gender neutrality.

Where “either of the parties” do not permanently reside within one local limit of a district, the notice of publication of the marriage has to be transmitted by the marriage officer to the district whose within limits “such party is permanently residing.” The use of the words “either of the parties” and “such party” in Section 6 (3) further substantiates the proposition of gender neutrality.

Nothing prevented the Legislature from using the words “man” or “woman” or “male” or “female” in this sub-section.

The Act uses words “either party”, “the party” or “the parties” used in Sections 8, 11 and 12 and the words “any person” or “a person” used in Sections 20, 21 and 21-A of Chapter IV. This shows that the Legislature, in its wisdom, purposefully chose to use gender-neutral words instead of gender-specific words, thereby enabling same-sex couples intending to marry to take the benefit of this Act.

Non-heterosexual usage of ‘wife’ and ‘husband’

In Chapter II, the only place in which the words “wife” or “husband” are used is in the proviso to Section 12(2). This states that a marriage will not be complete and binding on the parties, “unless each party says to the other in the presence of the Marriage Officer and the three witnesses and in any language understood by the parties, – “I, (A), take thee (B), to be my lawful wife (or husband)”.

The words “husband” and “wife” are both generic terms and cannot be associated only with heterosexual couples.

The use of the words wife or husband would make no difference because the first part of the sentence is not qualified with either gender. For instance, if the sentence read as “I, Mr. or Ms. A take thee, Mr. or Ms. B, to be my lawful wife (or husband)”, then it certainly could be argued that a marriage under this Act can only be solemnized for heterosexual couples and not same-sex couples.

Further, the use of the word “wife” or husband” hardly matters. The terms are generically used and in a same-sex marriage, gender roles are not specifically assigned.

The words “husband” or “wife” are used in Section 22 and 23 in Chapter V which deals with “Restitution of Conjugal Rights And Judicial Separation”, as well as Section 27 (Divorce) in Chapter VI- Nullity Of Marriages And Divorce. Section 22 states that the “aggrieved party” may file a petition in the District Court for restitution when either “the husband or the wife” has withdrawn from the society of the other without reasonable excuse.  The words “husband” and “wife” have to be read with the words “aggrieved party”.

Once the section is read as a whole, it can certainly be interpreted to mean that in a same-sex marriage either the man (husband) or woman (wife), can file a petition for restitution when his or her spouse withdraws from the society of the other.

The same reasoning would apply to Section 23 (Judicial Separation).

Under Section 23(1), a petition for judicial separation may be presented by either the husband or the wife; Section 23(2) states that on the grant of a decree for judicial separation, it is no longer obligatory for “the petitioner to cohabit with the respondent” but on the application of “either party” the Court may rescind the decree. Husband or wife are even used in Section 27 (1) where a petition for divorce can be presented either by “the husband or the wife” inter alia on the grounds of voluntary sexual intercourse “with any person other than his or her spouse”.

Some provisions applicable to Heterosexual couples only

The only exception is in the second proviso to Section 25. Under this proviso, a marriage under this Act may be annulled if consent “of either party” was obtained by “coercion or fraud”.

The use of the word “as” instead of the word “the” before “husband and wife” in Section 15, indicates a specific type of marital union, namely, a heterosexual union.

The court shall not grant a decree if (a) proceedings have not been instituted within one year from when the coercion or fraud has ceased or has been discovered, or (b) “the petitioner has with his or her free consent lives with the other party to the marriage as husband and wife after the coercion had ceased or, as the case may be, the fraud has been discovered.” While clause (a) of the second proviso will apply to all types of marriages, clause (b) will apply only to heterosexual marriages.

Similarly, Chapter III (Sections 15 to 18) which deals with “Registration of Marriages Celebrated in Other Forms” will not apply to same-sex marriages. The chapter caters to those marriages solemnised before or after the commencement of this Act (1) “where a ceremony of marriage has been performed between the parties”, “and” (2) the parties have been living together “as husband and wife ever since”. Thus, it makes it clear that the legislature intended that this Chapter would specifically apply to heterosexual couples.

The use of the word “as” instead of the word “the” before “husband and wife” in Section 15, indicates a specific type of marital union, namely, a heterosexual union. Similarly, Section 27 (1-A) and Section 31(1) (iii-a) and (2) would only apply to heterosexual marriages.

Apart from Section 31 and except for Section 36 and 37 (which will be dealt with in the course of this column), the sections in Chapter VII ‘Jurisdiction And Procedure’ and Chapter VIII ‘Miscellaneous’ contain gender-neutral words like “party”, “persons”, “petitioners” and “respondents” and are thus not specific to heterosexual marriages.

Even Section 44, which sets out the punishment for bigamy, states that “every person whose marriage is solemnised under this Act and who, during the lifetime of his or her wife or husband” contracts another marriage shall be subject to the penalties of bigamy.

Lastly, so far as the Schedules of the Act are concerned, the First Schedule (Degrees of Prohibited Relationship) would have no application to same-sex marriages and would only apply to heterosexual marriages.

In Part II, I shall examine the scope of interpretation of the Third and Fourth Schedule which deals with the declarations of bride and groom, and certificate of marriage.

(Dormaan J. Dalal is a practicing advocate at the Bombay High Court and the NCLT, Mumbai. Views are personal.)