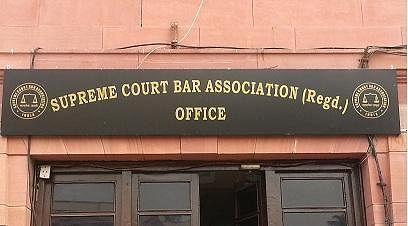 The SCBA contended that the SoP was issued by the Registry without consulting the Bar even though the latter was an equal stakeholder in the dispensation of the justice delivery system and its suggestions ought to have been taken into consideration.

“There is general feeling in the Bar that for the last few years the Registry has been issuing circulars without taking the Bar into confidence”, the plea said.

It said suggestions of the SCBA regarding the resumption of physical hearing in the Supreme Court had not been taken into consideration in the present case.

The plea stated even if a hybrid hearing was to be introduced as an interim measure, it should have been for all days i.e. from Monday to Friday. In the SoP dated 05.03.2021, there is no provision for hybrid hearing for matters listed on Monday and Friday, i.e. miscellaneous days where primarily fresh matters are listed, the plea said.

The plea also highlighted the fact that for the last one year the court had been functioning virtually and there was no provision for oral mentioning in the SoP, as a result of which lawyers would still not be able to orally mention matters as was the practice before the pandemic.

The only provision now to get a matter listed was to send an email to the Mentioning Registrar justifying the urgency. As a result several urgent matters were not being listed, it said.

The plea pointed out that most
high courts had either resumed physical hearings or were in the process of doing so.

“Most places which are heavily crowded like airports, malls are already functioning and there are safety measures like temperature checks at the entry points, people are advised to wear masks, maintain social distancing and use sanitizers”, the plea said.

The right to mute at will during virtual hearing militates against the very concept of open hearing which is the convention, norm and constitutional requirement under article 145 of the Constitution of India, the SCBA said.