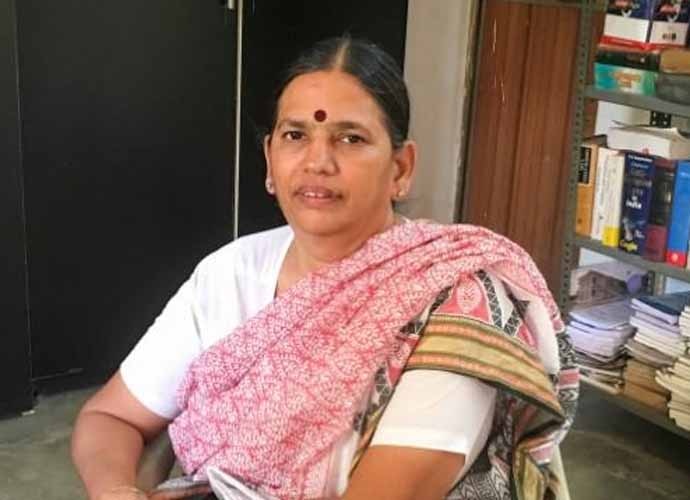 THE Supreme Court on Tuesday paved the way for the release of activist-lawyer Sudha Bharadwaj as it dismissed the appeal filed by the National Investigation Agency (NIA) against the Bombay High Court’s order granting her default bail in the Bhima Koregaon case.

A three-judge bench comprising Justices U.U. Lalit, S. Ravindra Bhat and Bela Trivedi, after hearing Additional Solicitor General Aman Lekhi for the NIA at considerable length, proceeded to dismiss the appeal, observing that it did not merit consideration and the interference with the High Court’s order was not called for.

Bharadwaj, who worked as a lawyer and an activist on issues of workers’ rights and Adivasi rights in Chhattisgarh, was arrested in Delhi in August 2018 and has since been lodged in Mumbai’s Byculla women’s prison complex.  As per the High Court’s direction, she would be produced before the Special NIA Court tomorrow for imposing bail conditions on her.

The Bombay High Court on December 1 granted her default bail, observing that the Additional Sessions Judge, K.D. Vadane, had no jurisdictional competence to extend the period of her detention under Section 43D(2)(b) of Unlawful Activities (Prevention) Act, 1967 (UAPA) and hence the very substratum of the prosecution case – that the right to default bail did not ripen into an indefeasible right, as the period of detention was extended – got dismantled.

However, it had denied default bail to eight remaining accused: Sudhir Prahlad Dhawale, Rona Jacob Wilson, Surendra Pundlik Gadling, Dr. Shoma Kanti Sen, Mahesh Sitaram Raut, P. Varavara Rao, Vernon Stanislaus Gonsalves and Arun Thomas Ferreira. The High Court held that in the case of Dhawale, Jacob, Gadling, Sen and Raut, the aspect of legality or otherwise of the extension of the period of detention was of no relevance as they did not avail of the right to be released on default bail before the charge-sheet was filed against them on November 15, 2018.

Assailing the bail to Bharadwaj, the NIA, in its appeal, argued that the meaning of the term ‘the court’ as mentioned in the Criminal Procedure Code (CrPC) has a broad connotation to it, and the same cannot be diluted and confined to mean just ‘special court’ for the purposes of UAPA and the NIA Act, 2008 in the present case. It was argued that the ‘the court’ as referred to in the present case cannot necessarily correlate with the NIA Act because the NIA Act lays a jurisdictional court for the trial; however, for the purpose of an application such as of remand, the relevant forum is ‘the court’ as mentioned in CrPC.

The NIA further argued that the Section 22 of the NIA Act would not arise in the matter of Bharadwaj because admittedly, the investigation was transferred to NIA only on Jan 24, 2020.

Unimpressed with the submissions of the NIA, the Supreme Court bench asked “When special courts manned by special judges were in existence then why did you make this application for extension before a court not designated by the state government?”.