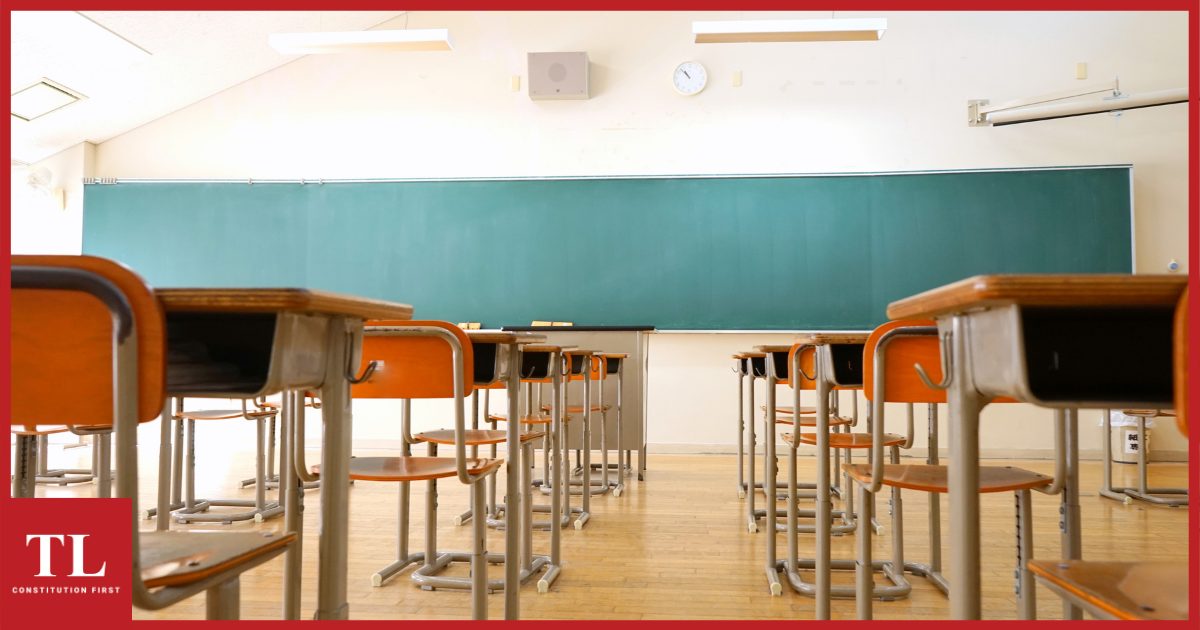 Considering the rising violence in Indian schools, they sorely need a culture of care. Restorative justice is a cathartic approach towards correcting wrongdoing in schools without corporal punishment or coercion. It needs to be understood and accepted as an adjunct to the school system, writes Dr. ADITY SAXENA.

PUNISHMENT is the term used most often in the school ecosystem globally. The form of punishment has been changed and re-formed by school leaders, educators, and policymakers over time. However, it still exists. It may take the form of suspension, corporal punishment, separation, restraint after school, scolding, written lines, and many more.

This author visited the United States in 2020 to work with the Restorative Justice school project. The increasing number of misbehavior cases, conflict situations, bullying behavior, and harm in the Indian schools raised the question, are schools safe for our children?

For years, school counselors have addressed these issues. But the increasing number of harms forced us to think if we need an alternate approach that offers a fair opportunity to actively connect victims and offenders in repairing the relationship and building a culture of care. A study by The Teacher Foundation in 15 Indian cities over 2013-17 found that 42% of students in classes 4 to 8 and 36% in classes 9 to 12 reported harassment by classmates in school, ranging from teasing to physical violence.

School violence affects both male and female students, their friends, and family members.

Practice of restorative justice in schools

Dr. Tom Cavanagh, President of Restorative Justice Education Fort Collins, USA, said, “The use of restorative justice is a great tool to ensure safety in the school. Teachers are not therapists, so it is important to listen to the students, not solve the problem every time.”

Restorative justice is an extension of criminal justice that focuses on the offenders’ rehabilitation through reconciliation with victims and the community. It is a way of looking at justice that emphasises repairing the harm done to people and relationships rather than punishing offenders.

Restorative justice creates a platform for teachers to develop a culture of care in schools by listening to the voices of every student. It involves teachers and administrators listening first, trying to resolve problems later.

The restorative justice practice in schools empowered the students to resolve their conflicts by talking about their grievances, raising questions, and listening to both victims and the accused.

The history of restorative justice theory and practice is relatively new. Albert Eglash, one of the earliest scholars in the field, used this term in many of his articles. In the modern context, restorative justice originated in the 1970s as a means of conciliation between victims and offenders. In 1974, Mark Yantzi, a probation officer, planned a meeting for two teenagers to directly meet their victims following a vandalism spree and agree to reparation.

Restorative justice in the school system

In 2007, Oakland Unified School in the United States implemented a restorative justice program. This practice spread in other countries, including other parts of the USA.

· First, entire classrooms come together in community-building circles to speak about problems, voice their concerns, and encourage peer-to-peer regard.

· For specific conflicts, smaller groups are used, which bring together the harmed student, the person causing the harm, and a group of their peers or adults.

· A third tier is reserved for a more complex situation such as student reintegration following suspension.

School conflicts affect the victims (students), their friends, and family physically and psychologically. Standard processes such as counseling, school administrations’ involvement, punishment, and in extreme cases, legal consequences only target the offenders.

But the restorative justice circle creates a shared platform for both the parties and people directly or indirectly associated with them. In the circle practice, the offender takes responsibility for wrongdoing and repairing the pain resulting from their actions.

More than punishment, restorative justice tries to provide justice to the wronged student without targeting the offender. It does not see charges and penalties as the only way out of conflict.

Many schools in the United States adopted the Restorative Justice practice as a part of school culture. Brentwood High School, one of the largest high schools located in Suffolk County in New York State, adopted the restorative justice practice and relied on specialists such as Dr. Tom Cavanagh, Founder Program Director of Restorative Justice Education, for follow-up and action planning.

Many students from Brentwood High School, North and South Middle School admitted that weekly circle practice allows them to speak during the follow-up session. Teachers are now more compassionate to listen to their concerns. The practice allows schools in the United States to address the high rate of student suspension, a wicked longtime problem.

Every hour, a student commits suicide in India. Prof. Madabhushi Sridhar, Nalsar University of Law, Hyderabad, has written that the time has come to re-examine the proverb, “spare the rod and spoil the child.”

Indian school-going children are victims of negative enforcement and physical and emotional punishment. Corporal punishment as a way to enforce school decorum is one of the main issues in Indian schooling.

However, these laws are hardly ever implemented. Most children are still subjected to corporal punishment over big and small issues. Section 88 of the IPC gives a headmaster or guardian freedom to inflict pain through corporal punishment in schools in India so long as the reason is excusable. Such an act is not a crime against the body under section 323. Section 89 of the IPC protects an action by a guardian or a guardian’s consent in good faith to benefit children under 12.

However, the same section says this exception will not extend to causing the death or to attempt to cause death, causing grievous hurt. These provisions extend to teachers having quasi-parental authority.

Section 23 of the Juvenile Justice Act, 2000 prohibits cruelty to children. This law does not excuse teachers and parents, and they are liable for assaulting or exposing a juvenile to unnecessary forms of punishment. The Right to Education Act, 2009 prohibits inflicting any punishment, physical or mental, upon a child.

School conflicts are a deep-rooted problem in the Indian context, and law enforcement cannot be the only solution.

Punishment is still the usual response to these crimes, but punishment to the offender does not ensure the victim’s justice. Punishment increases the gap towards the fairness of undoing the harm, restoring the damage, and regaining their lost sense of safety.

(Dr. Adity Saxena is an associate professor, Amity School of Communication, Noida. She is also a social science researcher, a design thinker, and a Restorative Justice India Representative. She is associated in global research projects and dreams to create a more resilient educational environment for students. The views expressed are personal.)