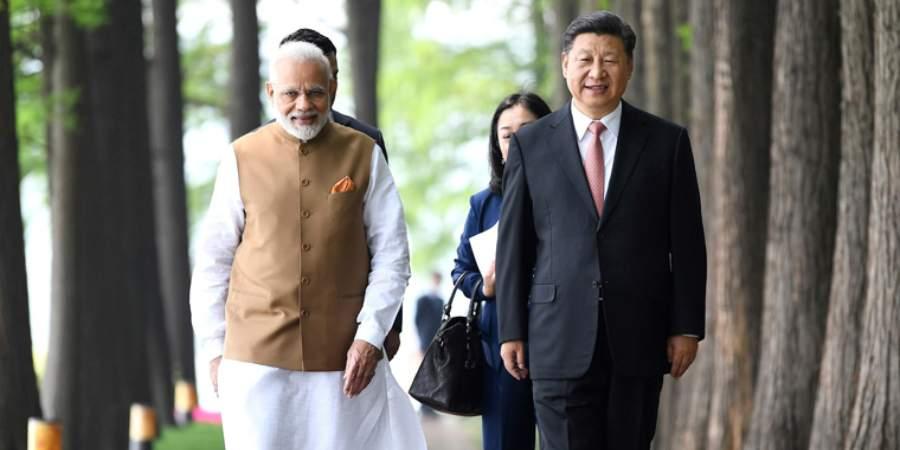 In light of the recent transgression by China into the Indian boundary in Ladakh, the author examines the history of border dispute to understand historical claims and determine identification of territory.

THE surreptitious intrusion of Chinese Army into Ladakh in India in the first week of May has made many turn to the pages of history to appreciate the scope and merits of the India – China (Sino – Indian) border dispute over Aksai Chin area. Border disputes, undoubtedly, are complex and so is this dispute with regard to Aksai Chin. It involves appreciation of factual aspects of several demarcation lines drawn by the experts in the last one and half-century based on evidence of historic sovereign control, interpretation of the treaties and application of International law on State succession.

Sikhs annexed Ladakh in 1834. In 1842, Sikhs unsuccessfully invaded Tibet and finally entered into a treaty of non aggression. Subsequently, British ,on defeating Sikhs during the last Anglo Sikh war in 1846, annexed Kashmir including Ladakh. But, similar to what happened to Mysore after the fall of Tippu in 1799, the British didn’t choose to administer Kashmir directly. Instead, British decided to install the Dogra Prince and established the princely State of Kashmir under the Treaty of Amritsar. It was executed between the British and Maharaja Gulab Singh in 1846.

Gulab Singh was granted Kashmir without specifying or demarcating the ends of eastern side boundary with powerful China. The high-altitude mountainous area lying east of Indus River which rises in Tibet China and flows down northward remained ambiguous. But, as was the case with any princely States in India, British had retained suzerain power, popularly known as paramountcy, to deal with or negotiate with foreign States. Art 2 of the Treaty of 1846 accordingly said, the boundary will be fixed by the British Commissioner.

The said Article 2, reads as:

Pursuant to the Treaty of Amritsar of 1846, WH Johnson was entrusted with responsibility of boundary demarcation. He proposed the boundary line in 1865 which envisaged Aksai Chin as part of Kashmir (partly modified by Ardag). The Foreign Office drew another line in 1873. However, in 1899, McCartney – McDonald proposed a different line which included part of Aksai Chin within China by treating Indus watershed (basin or valley) as the border. It is necessary to note that Indus valley includes Galwan valley as it is the tributary of Shyok which is the tributary of Indus. Under this proposal of 1899, the whole of Tarim basin was considered as falling in the territory of China.

The demarcation appears to have been influenced by the basin boundaries rather than addressing the question of who had exercised control over the territory. After this last exercise in 1899, no serious efforts seem to have been made by British to demarcate the boundary line. In these circumstances, the boundary remained undemarcated in Aksai Chin even at the time when British exited India in 1947. According to Hoffman in his book on India and China Crisis (1990), the Chinese Government didn’t give any response to the proposal of 1899 and the British Indian Government is said to have reverted to its traditional boundary, the Johnson line.

India has a reasonably strong case for Aksai Chin because there is evidence of Kashmir Maharaja having had a fort to protect trading caravans at Shahidulla, now called Xaidullah. Moreover, the evidence is that Dogras in 1840 had established firm control over Ladakh under the suzerainty of the Sikh Empire. It was important for Dogras, because Ladakh was a trade route for Central Asia to Tibet and Turkeministan. Besides, evidence suggests that China had acquiesced into the Johnson line. After 1917 to 1933, it is stated that the “Postal Atlas of China”, published by the Government of China in Peking had shown the boundary in Aksai Chin as per the Johnson line. Even the “Peking University Atlas”, published in 1925, had reportedly shown the Aksai Chin in India

The successor Republic of India inherited the rights and obligations of both British India and the princely State of Kashmir on its accession. In 1954, on the direction of Prime Minister Nehru, the maps of India were revised to show definite boundaries on all frontiers. Indian administration accordingly prepared the Map based on Johnson line of 1865 and included Aksai Chin within the State of Jammu and Kashmir and territory of India. This dispute culminated into the Indo – China war in 1962.

Post-war, the Line of Actual Control (LAC) was established as a temporary or de facto boundary line between both the nations. Again, even on this LAC, there are several grey areas and disputes between both the nations. A part of Aksai Chin is part of Pakistan occupied Kashmir. However, it seems, the dispute was settled under the Sino – Pakistan Agreement of 1963 by partly applying Macartney – McDonald line of 1899.

What is significant is that even on considering Macartney – McDonald line of 1899 which pleaded and on which basis it settled line with Pakistan in Aksai Chin area, considers Galwan valley as part of India because, it’s a part of Indus valley undoubtedly. Therefore, even on its own showing, China has no claim over the entire Galwan valley. At present, LAC cuts through Galwan valley above 6 km from its confluence with Shyok river.

Coming to the present skirmishes, whether China has actually trespassed in the first week of May or has been attempting to trespass by taking vantage positions in Galwan valley, Pangong Tso, etc is not clear as there is no clear statement from Indian side. Talks have been held at military level and disengagement has been reportedly agreed. However, it’s apparent that there is a war like situation. On 16th June, soldiers from both the sides unfortunately entered into a bloody fight which unfortunately resulted in 20 casualties on Indian side and about 43 casualties on Chinese side as reported.

The present border dispute cannot hang on endlessly. If 174 years have passed after the Amritsar Treaty in 1846, that doesn’t mean both India and China which are considered as Asian giants and nuclear powered States should take the necessity of boundary resolution lightly. The great German authority on international borders Ratzel said mathematical precision of boundary is the special characteristic of higher civilisation. The technical tools geodesy and cartography have made it possible to achieve precision in finalising the demarcation line.

Needless to say that, India and China are expected in international law to cooperate and resolve the pestering differences in the interest of peace and their mutual economic interests. No doubt, in the negotiated settlement, the resolution of border disputes in the 21st century will be coloured by geopolitical considerations. The trade relations between India and China in the expanding technological market do play a role. China cannot be oblivious to the fact that the trade surplus in its favour in the last couple of years is about $ 50 to 60 billions. China cannot ignore the hostility around the globe for its alleged role in the spreading of Covid-19 killing thousands of people.

On the face of it, there is no title dispute on the territorial ownership between India and China. China does not dispute the annexation of Kashmir by British. The succession of Kashmir, and Ladakh by virtue of accession, is not questioned by China (though Pakistan has questioned it on frivolous, irrelevant, and unsubstantiated grounds). However, the present India- China border dispute is a dispute on the identity of territory. Because, the question is the identification of the international boundary line between India and China based on historical material on who had exercised sovereign control over the territory at a relevant time.

Irrespective of claims, it is not unreasonable to expect China to immediately agree to the restoration of status quo as it had prevailed before intrusion in the first week of May. Hope, China unconditionally withdraws itself from the intruded positions. If China fails to withdraw, India will undoubtedly have a right to forcibly evict Chinese. However, it is not in the interest of anyone to spill blood. If it can be avoided, it is a great service to humanity. Third party intervention is not acceptable to both India and China. The offer of Donald Trump, the President of USA, did not evoke any interest in both nations. In the alternative, both the nations may constitute a panel of experts to determine the boundary line and based on the expert determination, a final decision by an agreement may be worked out. Hope, the Asian giants are listening.

This is an opinion piece, and the views expressed are the author’s own.