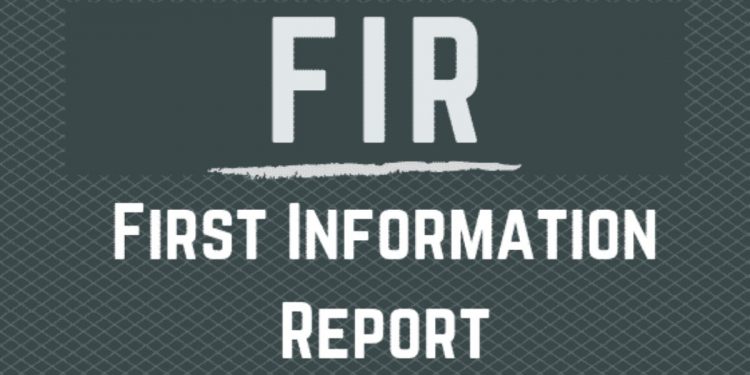 Refusal of police to register an FIR: an explainer

In the second part of an explainer series on criminal law, ADVAIT TAMHANKAR writes about what are the legal remedies one can pursue when the police refuse to register an FIR.

AS dealt with in the previous article, when an attempt is made to lodge an FIR [first information report] under Sections 154 or 155 of the Code of Criminal Procedure [CrPC], the Police may simply register an FIR if an offence of cognizable nature is disclosed. In the event the police refuse to lodge an FIR, a complaint can be made before Superintendent of the Police [SP] or Commissioner of Police [CP] and thereafter, such officer may investigate themself or direct an officer subordinate to them to investigate.

However, in the event no investigation is conducted by the SP/CP nor is it directed to be conducted through a subordinate officer, the remedy available to the informant/complainant is to approach a Judicial Magistrate of First Class [JMFC], who has the jurisdiction over the concerned police station before which an initial attempt to lodge an FIR was made.

The said remedy is available to the informant under Section 156(3) of the CrPC and to avail this remedy, the informant/complainant is required to make an application/complaint before the court of JMFC stating the necessary facts which constitute an offence of cognizable nature.

The Judicial Magistrate, upon receipt of such an application under section 156(3) of CrPC, peruses the same to test the veracity of the facts mentioned in the application/complaint and to arrive at a conclusion whether the said facts constitute an offence of cognizable nature and whether registration of an FIR is warranted, depending upon the facts and circumstances of each case.

If the police refuse to lodge an FIR, a complaint can be made before Superintendent of the Police or Commissioner of Police and thereafter, such officer may investigate themself or direct an officer subordinate to them to investigate. If no investigation is conducted by them nor is it directed to be conducted through a subordinate officer, the remedy available is to approach a Judicial Magistrate of First Class.

Upon such perusal of the contents of the application/complaint, if the Magistrate is of the opinion that the facts mentioned in the application/complaint makes out a cognizable offence, he would direct the concerned police station to register an FIR, conduct investigation, and upon completion of the investigation, submit a report as envisaged under Section 173 of the CrPC.

However, if the Magistrate, after perusal of the application/complaint, arrives at a conclusion that the facts disclosed do not warrant registration of an FIR, the Magistrate may themself take cognizance of the offence and examine the complainant under Section 200 of the CrPC.

It is apposite to note that according to section 200, when such a complaint is not made in writing, the Magistrate would examine the complainant and other witnesses present, if any, upon oath and the substance of such examination shall be reduced into writing. The said substance so reduced into writing by the Magistrate shall be signed by the complainant, witnesses, and the magistrate.

Although the CrPC makes a provision for oral complaints, such a complaint is not entertained in day-to-day practice by the courts and a written complaint is insisted upon.

In any case the Magistrate may, after examining the complainant and witnesses, if any, himself, conduct an inquiry or trial, as provided for in Chapter XVI of the CrPC, or may forward the case to another magistrate for conducting inquiry or trial.

It is important to note that in the course of an application/complaint made under section 156(3) of the CrPC, the proposed accused person(s) have no right to be heard until a summons of appearance has been issued to them under Section 204 of the CrPC.

The order of Magistrate rejecting the prayer of the applicant/complainant to direct the police to register an FIR or to even take cognizance of the same can be challenged by way of a Revision Application as provided under Section 397 of the CrPC. before a Sessions Court. It is, however, pertinent to note that when such a revision application is preferred, the person/s proposed to be accused must be heard by the court before deciding such a revision application.

Next part: Procedure to be followed by police in conducting investigation before filing chargesheet

(Advait Tamhankar is an advocate practicing criminal law across courts and legal fora in Mumbai, Thane and Panvel.)

Shanti Bhushan leaves behind a rich legacy for future generations

Why is increasing the minimum marriage age for girls to 21 years being debated?