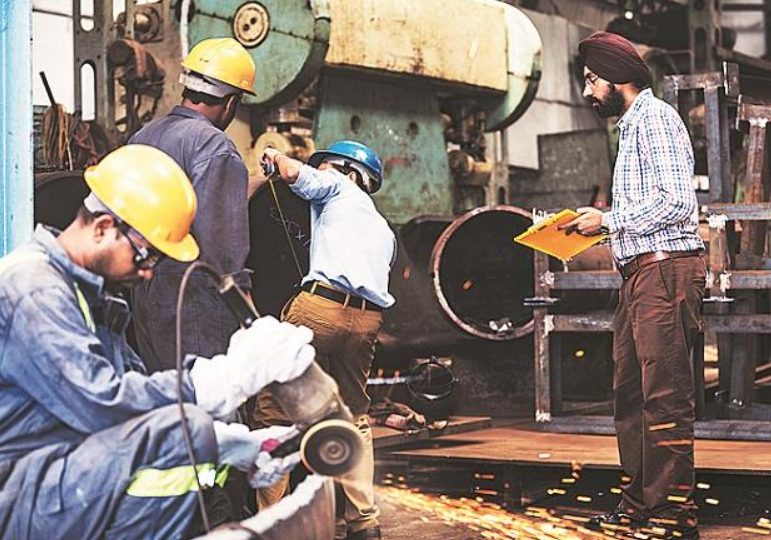 The objects of IRC are to provide a broader framework “… to minimize the friction between the employers and workers and to provide provisions for investigation and settlement of industrial disputes.” and to “achieve industrial peace and harmony as the ultimate pursuit in resolving industrial disputes (sic) and to advance the progress of the industry by bringing about the existence of harmony and cordial relationship between the employers and workers.” (IRC Bill No 120 of 2020).

The Industrial Disputes Act, 1947 (the Act) conceives multiple institutions to prevent and resolve industrial disputes. They are the Works Committee, Grievance Redressal Committee, Conciliation Officer, Conciliation Board, the Court of Inquiry, Voluntary Arbitration, and Labour Court and Industrial Tribunal.

One, it has retained all institutions except the Conciliation Board, Court of Inquiry, and Labour Court. Two, it has removed the existing power of the government to refer or not to refer to industrial disputes prevalent in the Act [Section 10(1)] save in case of national tribunals.

These are welcome reforms but often the devil lies in the details. Hence it is necessary to analyze the scheme of the settlement in IRC and also note the historical performance of industrial dispute settlement institutions to assess whether they aid the achievement of stated objectives.

The proportion of work- stoppages settled by mediation, conciliation, and adjudication over 1992-2014, though erratic, remained almost constant and ranged between 29-31%.

It is difficult to comprehend two aspects concerning the WC. Why should the threshold for the formation of WC remain the same at 100 workers under the IRC after more than 70 years?  Why is its formation not a natural outcome for all establishments and is instead subjected to the will and pleasure of the government under “special or general orders”?   Do the lawmakers have data to justify the continuation of WC in the same manner as it was conceived in 1947?

The Second National Commission on Labour (SNCL, 2002) in fact dubbed WC as unsuccessful and attributed its failure to the “method of constitution (sic) of the works committees and the functions assigned to them.” Further, WC did not figure in its draft law on Labour Management Relations.

Trade unions are not mere institutions of protest and strikes but play a constructive role in shaping sound industrial relations in a firm.

The clauses concerning WC and GRC ignore the possible existence and involvement of a recognised union or council in these institutions. Chapter II, dealing with bipartite forums, is rather casually framed as it includes clauses concerning individual worker’s employment termination [Sections 4(9-11)].

Research evidence shows that much longer time is generally taken for conciliation.

On the other hand, common sense instructs us that work-stoppages often present far more explosive contexts; hence the law should have given a longer time to CO to work on them.  Is it sensible to provide 14-days’ time to the conciliation officer in case of strikes and lockouts?

From the above Figure 1, we see that more than one-third of the work stoppages took longer than 20 days and their share has risen over time.  Also, we see below in Figure 2 that the proportion of work- stoppages settled by mediation, conciliation, and adjudication over 1992-2014, though erratic, remained almost constant and ranged between 29-31%.

Fig. 2. Proportion of Work Stoppages Settled by Mediation or Conciliation of Adjudication, 1992-2014

The government needs to review the working and even the relevance of conciliation machinery.

Research studies concerning Maharashtra, Tamil Nadu, and West Bengal show that industrial disputes received and settled by conciliation machinery have been declining and correspondingly its failure rates have increased. In fact, a labour commissioner has commented that “in seven months, not even seventeen major cases have come to me. Conciliation will be relevant only if we get 50 cases per day…”.

The government must pay attention to the vital issue of enhancing the relevance of conciliation and professionalise it in the era of globalization.

Hence, collective agreements are often converted into conciliated ones to achieve broader coverage and this can be cured by providing equal coverage to all kinds of settlements and awards.

Another pay-off of this measure will be to strengthen bi-partism.

In terms of operational efficiencies, there is a need to establish an independent and well-trained conciliator and arbitrator panels from which the parties can choose. The government must pay attention to the vital issue of enhancing the relevance of conciliation and professionalise it in the era of globalization. Conciliation is an inexpensive and important process in the settlement scheme and its efficiency is vital in promoting sound industrial relations.

Unlike the existing system, in IRC a Tribunal will have two members, judicial and administrative [Section 44(2)], and the former presides over the two-members’ bench.

The next clause speaks of the possible constitution of a “bench” comprising two members or a single member. The Labour Ministry justified the two-member Tribunal by arguing that it’s functioning “would come to standstill (sic) in case of vacancy and disposal of disputes by both the Members would speed up the process” in case of a single-member Tribunal.

Research studies concerning Maharashtra, Tamil Nadu, and West Bengal show that industrial disputes received and settled by conciliation machinery have been declining and correspondingly its failure rates have increased.

But when vacancies are not duly and quickly filled in case of a single-member Tribunal, it is difficult to comprehend how will the government deal with a functional crisis by having one-more member?

A bench of two members will adjudicate on matters relating to standing orders, trade union disputes, the legality of work stoppages, and individual employment terminations, similar to those adjudicated by Labour Courts under the Act.

The remaining cases viz. wages, allowances, hours of work, bonus, etc. will be decided by a Single Member Bench.  It is difficult to comprehend this classification as the two types of benches replace the Labour Courts and Industrial Tribunal in the Act.  It is a poor rehash of the existing scheme of compulsory adjudication.

The two-members’ bench must give awards by consensus [Section 47(1)]. Now the twist comes. In cases where two members do not agree, their differences will be referred to the government which will then add a judicial member from “other Tribunal” and the three of them will decide the industrial disputes based on majority!

Why not provide a three-member bench upfront rather than waiting for differences to emerge? It is pertinent to note here that the Parliamentary Standing Committee (PSC) on IRC clearly recommended that there should be an “odd number” of members in the Tribunal and the Ministry of Labour and Employment even agreed to it.

The whole scheme is utterly convoluted and complicated and will delay adjudication proceedings.

The IRC, unlike Sections 7A and 7D of the Act, does not prescribe qualifications of the Judicial Officer and the Administrative Member. It iterates that they “shall be in accordance with the rules made under section 184 of the Finance Act, 2017:…”. Section 184 of the Finance Act merely empowers the Central Government to make rules for the same. Thus, there is no clarity on the qualifications.

At the same time, IRC mentions that “a person who has held a post below the rank of Joint Secretary to the Government of India or equivalent rank in the Central Government or a State Government, shall not be eligible to be appointed as an Administrative Member of the Tribunal.” [Section 44(5)].  This clearly shows that “bureaucrats” are more likely to be nominated as the Administrative Members.

In cases where two members do not agree, their differences will be referred to the government which will then add a judicial member from “other Tribunal” and the three of them will decide the industrial disputes based on majority!

In fact, SNCL provided for the establishment of LA in its draft law on Labour Management Relations (see SNCL 2002, pp.358-9; Section 5, p.500). The Labour Minister, in a query on steps taken for speedy disposal of industrial disputes, mentioned the significant role played by Lok Adalats.  Then it is surprising as to why the lawmakers did not include LA among the settlement institutions.  This institution is missing in IRC. SNCL and other bodies suggested the inclusion of non-judicial members drawn from economists, leading members from trade unions, management, and public administration as members of the LRC.

More importantly, Section 10(2A) of the Act empowers the government to “specify the period within which” the adjudicator shall submit the award to the government.  This clause is missing in IRC. Inordinate delays, as we note later, is an abiding feature of industrial dispute settlement systems in India and lawmakers did not apply their mind on this important aspect.

Further Section 49(5) of IRC vests the power with the appropriate government to appoint “assessors or experts” to advise the Tribunal despite the recommendation of PSC to give such powers to the Tribunal – in fact, the scheme conceived by SNCL provided the power to appoint assessors to the institutions it conceived in the draft law in its report (SNCL, p. 581).

Conceptually, thus, IRC has made a poor kichadi that is inefficient, inelegant, and complicated.

In Part II, I will analyze the performance of the industrial dispute settlement institutions in India and the issues involved in them.