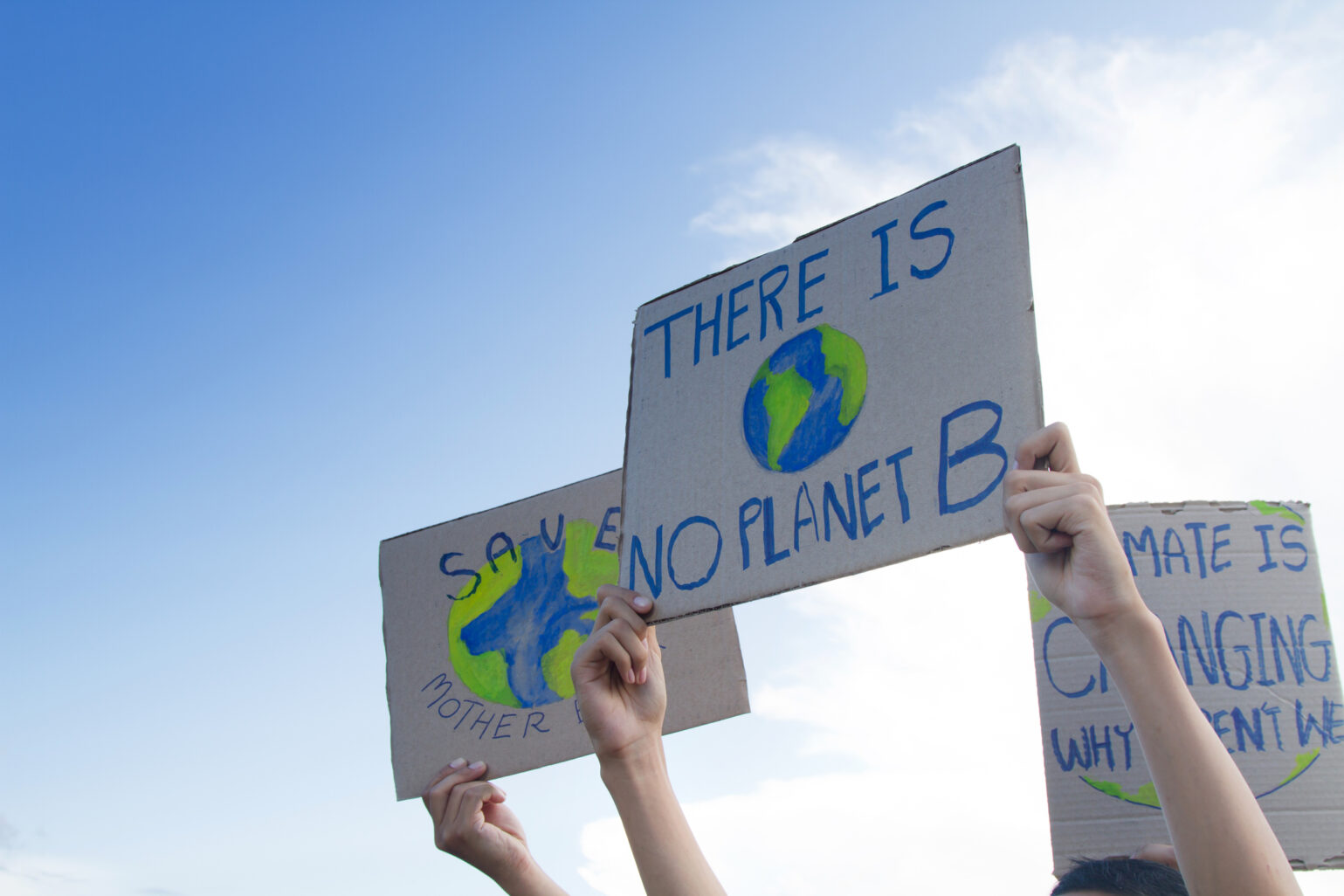 Reconceptualising climate governance in India through a climate change legislation

THE second part of the Sixth report by the United Nations’ [UN] Intergovernmental Panel on Climate Change [IPCC] was recently released, and the alarm bells are sounding louder than ever. The report states that climate change impact is going to be much more frequent, intense and widespread than had been previously estimated, and to curb increasing vulnerabilities, adaptation gaps in countries will have to be closed through systematic, uniform adaptation action.

India, the third biggest emitter of greenhouse gases and, according to the new IPCC report, one of the most climate-vulnerable countries in the world, had made several ambitious commitments at last year’s UN Climate Change Conference, more commonly known as COP26. But an obvious problem remains: the lack of a robust enforcement mechanism in India, which may prevent fulfilment of its commitments. Therefore, India must re-conceptualise its climate governance model by enacting a national climate law that addresses and covers all aspects of climate action, including its monitoring and evaluation.

India has quite an array of enactments regulating different aspects of the environment, but none of them have been expressly tailored to combat climate change. As a result, they do not bind the government to fulfil the promises of mitigation that have been made at COP26. They also do not deal with important aspects of climate change adaptation, such as extreme weather events, loss of food and water security, or welfare of climate migrants, which are all issues of high vulnerability according to the new IPCC report. These laws are also significantly limited in their scope. For instance, the Water (Prevention and Control of Pollution) Act, 1974 does not cover all aspects of freshwater management. The Air (Prevention and Control of Pollution) Act, 1981 does not give state pollution control boards the power to levy penalties or any stable funding. The Wetland (Conservation and Management) Rules, 2017, too, among other faults, do not protect several important wetlands in India such as rivers.

India’s environmental law do not bind the government to fulfil the promises of mitigation that have been made at COP26. They also do not deal with important aspects of climate change adaptation such as extreme weather events, loss of food and water security, or welfare of climate migrants, which are all issues of high vulnerability according to the new IPCC report.

Neither does India have a special national adaptation programme that also provides for monitoring/review of adaptation action, which has led adaptation action in India to be fragmented, sector-specific and small in scale: all of which the IPCC report warns against. States submit individual adaptation projects (under state action plans, which face their own issues) for consideration under the National Adaptation Fund for Climate Change, which functions on a first-come-first-serve basis. It does not have separate/fixed finance allocations for each state, and the overall finance has been dwindling in the recent years. Since its inception in 2015-16, only 30 projects have been sanctioned under the fund. Moreover, policy initiatives such as National Action Plan for Climate Change (NAPCC) and its allied missions, some of which had sought to advance adaptation action, have failed due to the lack of a monitoring/review mechanism. The government has also recently introduced several key environmental initiatives under the National Budget of 2022, but again, since there is no mechanism for reviewing progress, who is to ensure that they will be effectively implemented?

This lack of monitoring/evaluation will continue to be a huge impediment in India’s progress on climate action. The IPCC report has highlighted that a monitoring and evaluation mechanism which keeps track of outcomes is indispensable for tracking the effectiveness and progress of adaptation. And for this effectiveness, the report has stated with high confidence that “conservation and restoration actions will increasingly need to be responsive, as appropriate, to ongoing changes at various scales, and plan for future changes in ecosystem structure, community composition and species distributions”, none of which is possible without an independent monitoring body.

There is another glaring issue with current climate action in India: it follows a painfully top-down approach. Involvement of the citizenry, both rural and urban, in climate action/decision-making (an essential aspect of procedural climate justice, something even the IPCC report mentions) is severely limited. A recent survey by the Epson Climate Reality Barometer has shown that 26.5 per cent Indians do not understand climate change dangers, and 4.1 per cent Indians believe that there is no climate emergency to begin with. The IPCC report has emphasised that this “lack of climate literacy at all levels, and limited availability of information and data pose further constraints to adaptation planning and implementation.”

So what must India do now?

Many of India’s climate governance issues can be alleviated by the enactment of a Climate Change Act, which can help to close the gaps in adaptation/mitigation action in India. The necessity for a Climate Act can be explained through the following reasons: first, by the obvious lack of accountability for climate action in India. In essence, it remains at the whim of the government, with no independent body monitoring/evaluating its actions. Second, India lacks a single, cohesive, binding plan for all facets of climate action, including adaptation. Third, there is no initiative which ensures/incentivizes community involvement in climate action at the grassroots level.

Having a Climate Act, which accounts for both mitigation and adaptation, and creates a hierarchal system of enforcement and monitoring right up from the district/village level, can go a long way in helping India achieve its climate goals.

For instance, U.K. has a Climate Change Act 2008 which has proved highly successful in achieving mitigation and adaptation targets. It sets a legally binding target for 2050, provides for carbon budgeting and sets a limit on use of carbon units. A Climate Change Committee advises the government regarding climate action and reports to the Parliament as to the national progress in meeting the targets. In addition to this, UK holds citizens’ Climate Assemblies at the city/district levels to stimulate discussion about climate change, and offer the government recommendations for climate action. Sweden, Norway, and Denmark also have similar legislations, which provide for annual reporting to the parliamentary body, and formulation of national climate change programmes. India must introduce an Act on similar lines, setting out emission targets for 2030 and 2070.

Climate action remains at the whim of the government, with no independent body monitoring/evaluating its actions.

Moreover, India must also reform its existing Climate Change Committee. The reasons for this are threefold: first, it only consists of bureaucrats, and no scientific or technical experts who can objectively assess India’s climate action. Second, the Committee does not report to the Parliament, but to the Union Government, which is clearly problematic, because accountability and transparency is needed from the union government. Third, its functions for coordinating climate action are vague, and do not translate into mandatory commitments to advance/monitor/report on climate action as a whole.

For instance, the Committee has to ‘receive periodic information updates to monitor, review and revisit climate goals’ from concerned ministries. However, the government has not specified the periodicity, nature, or scope of this monitoring/review function. The Committee also has to “develop policies and programmes, if required, to make India’s domestic climate actions compliant with its international obligations.” It is clearly not a task that the Committee must, at all times, mandatorily pursue. This differs from UK’s Committee, which has to regularly advice the government on every aspect of climate action under the Act, conduct climate risk assessments, and report to the Parliament on progress every year. In light of these considerations, it is evident that India’s current Committee needs reformation.

Furthermore, in order to deal more effectively with adaptation action, the Committee must be assisted by a Sub-Committee on Adaptation similar to the one established in UK. This Sub-Committee must monitor and review India’s adaptation readiness by assessing the performance of states, based on adaptation projects implemented under the National Adaptation Fund for Climate Change, and assess other aspects of adaptation action, such as whether it has led to an increased risk of climate-related adverse outcomes (the new IPCC report refers to this as maladaptation). This assessment must be reported to the Parliament each year, so that the centre or states can take measures for better adaptation action.

The UK holds citizens’ Climate Assemblies at the city/district levels to stimulate discussion about climate change, and offer the government recommendations for climate action.

This compliance structure must further be extended to city/village levels in order to ensure that measures get implemented at the grassroots level as well. For this purpose, Citizens’ Climate Assemblies consisting of NGO members, students and citizens, who meet periodically to further climate education/awareness or discuss local climate issues and solutions, must be created, and incentives must be formulated for people’s participation. Officials at panchayats/municipal corporations/committees must work in tandem with these assemblies in cities/villages, and in case of non-compliance with directions of state authorities, specific officials responsible for implementing measures specified by state governments must be held accountable. This system of citizens’ climate assemblies can solve the problem of top-down climate governance which India currently faces.

(The views express are personal.)