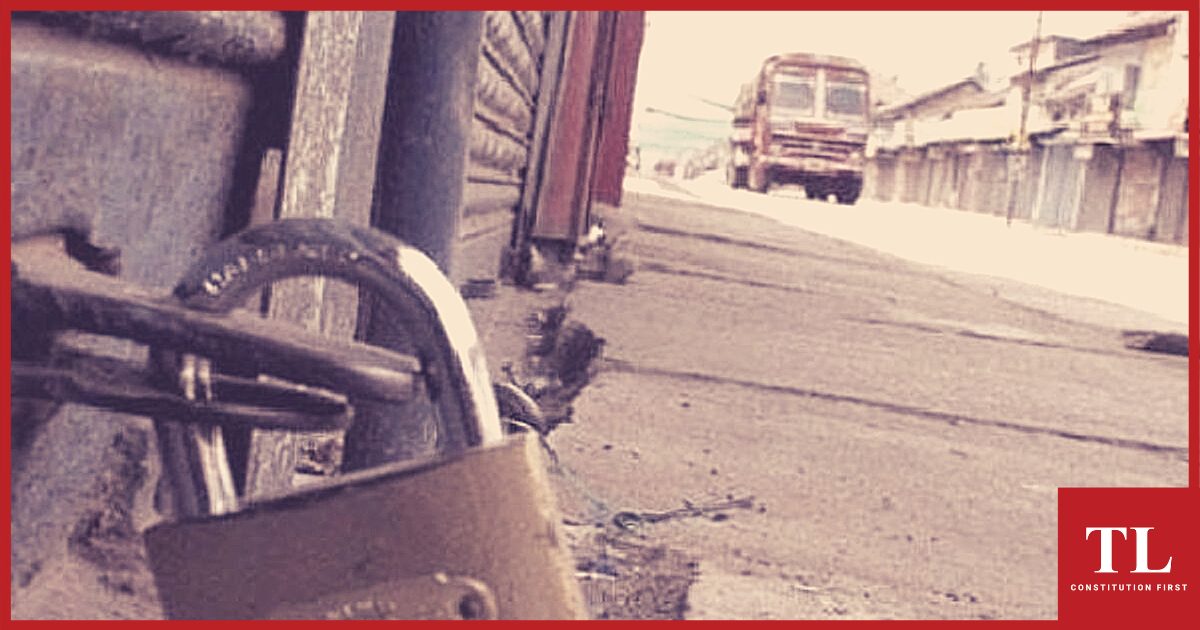 Protest by Farmers Continue After Four Months: No End in Sight

Today, the farmers complete four months of protests against the Centre’s farm laws. Media coverage has shrunk and the government is unwilling to resume dialogue. The farmers are adamant and are refusing to budge. RAVI KAUSHAL reports.

The Bharat Bandh on March 26 will be the biggest Bandh observed in the history of independent India with road and rail traffic coming to a complete halt. Called for by the Samyukta Kisan Morcha – a collective of farmers’ organisations – in close cooperation with central trade unions, the Bandh is being observed on the completion of four months’ of the farmers’ protests at Delhi’s borders against the three Farm Laws, the proposed Electricity (Amendment) Act and the imposition of a fine for stubble burning.

The organisations’ said that all shops, offices, mall and other institutions will be closed. Similarly, road and railway traffic will be stopped from 6 am to 6 pm in the evening. Notably, various transporters and traders’ associations too have extended their support to the Bharat Bandh call. In the district and sessions courts too various Bar Associations have requested lawyers to abstain from work. However, ambulances and other essential services will remain operational. The farmers stationed at the Ghazipur Border near Delhi will stop traffic from Delhi to Ghaziabad for those twelve hours too.

Aside from the farm laws, the unions also appealed to people to join the bandh against a meteoric rise in the prices of Petrol, Diesel and LPG over the last three months. Apart from the Left parties, the Congress, NCP and National Conference is learned to have supported the bandh. However, poll-bound states have been exempted, the Morcha said in a statement.

Hannan Mollah, general secretary, All India Kisan Sabha and a key member of the Morcha, told Newsclick that the impact of the Bandh will be felt across the country. “I had a conversation with farmers’ leaders of 21 states yesterday for coordination on the Bandh. I am being told that the Bandh will be historic. Governments from Jammu and Kashmir to Karnataka in south India will feel the heat of the people’s anger against unjust and repressive policies. As far as preparations are concerned, we just completed a 14-day-tour of Odisha where we campaigned in its interiors about the farm laws, their impact and the Bandh.”

“Similarly, we conducted four massive mahapanchayats in Telangana and told people to go campaign in their districts. In Maharashtra too more than 100 farmers’ organisations formed a collective called Maharashtra Kisan Aghadi for close cooperation. However, we are facing issues due to rising cases of COVID-19 and subsequent lockdowns implemented in districts. In poll-bound states too the people will hold protest rallies to show their angst. We have been holding mahapanchayats in Punjab, Haryana, Rajasthan, Uttar Pradesh and Bihar to convey the message. We held a mahapanchayat in Samastipur, Bihar, today as well,” he added.

When asked if he expected any resumption of talks between farmers’ organisations and the government, which have been suspended for more than two months now, he said: “The government expects that farmers’ will burn out due to exhaustion given its consistent ignorance. They are simply wrong. People from poll-bound states will give it a befitting reply by defeating it. It has no shame despite the fact that 302 farmers have died in the struggle.”

After relentless pressure from farmers and other organisations, the Andhra Pradesh Government led by Y.S. Jaganmohan Reddy, and the primary opposition Telugu Desam Party extended its support to the Bandh. All government offices will remain closed till 1 pm. Similarly, state transport buses will only ply on the roads after 1 pm. Notably, the state has been witnessing widespread protests against Centre’s move to privatise the Vishakhapatnam Steel Plant.

Tapan Sen, general secretary, Centre of Indian Trade Unions (CITU), told Newsclick that the workers will be joining the struggle in urban areas and city centres by blocking roads. “We have told our units to participate in ways they deem fit. The workers could have skipped work but cannot as they have to formally serve a notice about this. It is important to note that the unity between workers and farmers grew organically because they hail from same families. This relationship was clearly seen in the jathas where workers enthusiastically participated in the rallies. So, they will come onto the roads and stop road and railway traffic to show their anger against joblessness and inflation,” he added.

When asked about the AP Government’s decision to extend support to the Bandh in the wake of protests against privatisation of the steel plant, he said: “The governments in Andhra Pradesh have been supporting the privatisation drive one after another. When I was a member of parliament from the Rajya Sabha I saw this unfolding in front of my eyes. They did not raise a single finger against such bills. In Andhra Pradesh, the government was compelled by the common people to take such a step. Workers raised the issue, organised themselves, and took it to the people. As a result the government did not have a choice.”