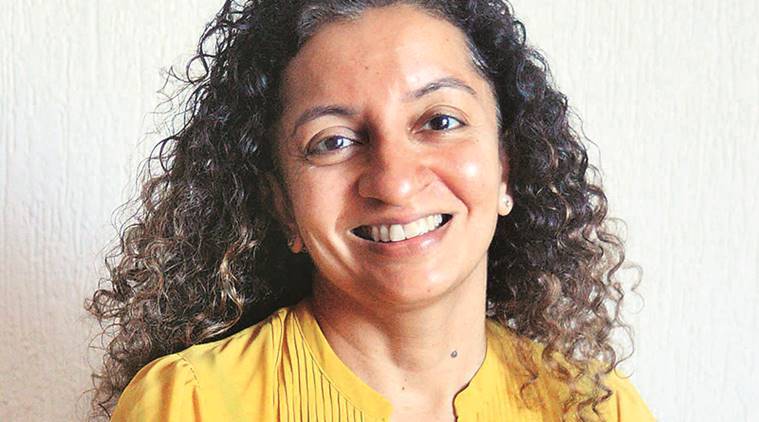 The landmark and eloquent judgment that acquitted the senior journalist of charges of defamation filed by former Union minister MJ Akbar will go down in the annals of Indian judiciary as one that gave hope to victims of sexual harassment. It shows that they cannot be silenced and their right to life and dignity trump’s anyone’s right to reputation. It also has wide implications for the #MeToo movement, writes ANCHAL BHATHEJA.

THE #MeToo movement gave women an opportunity to speak up about the structural challenges pertaining to sexual harassment and sexual violence. It thereby challenged the narrative of male domination and female sub-ordination. One of the incidents that came to light during the #MeToo movement was the encounter between Priya Ramani, a senior journalist, and M. J. Akbar, a former editor and Union minister. Ramani took to Twitter to allege that Akbar had sexually harassed her in 1993 when she had gone to a hotel in Mumbai for a job interview.

The verdict has wide implications for the #MeToo movement and other similar movements that are likely to develop in future. It is a reminder to the victims that they are being heard and supported. But the trial and its tribulations, which continued for more than two years, are yet another dark reminder for the victims that they might be criminalised for speaking up.

The 90-page order started off by listing all the progressive conventions concerning the rights of women such as the United Nations Declaration on Human Rights (1948), International Covenant on Economic, Social and Cultural Rights (1966) and UN Declaration on the Elimination of Violence against Women (1993), amongst others.

Thereafter, it captured a bird’s eye view of the body of laws pertaining to sexual harassment and violence. It traced the backdrop in which the Sexual Harassment of Women (Prevention, Prohibition and Redressal) Act 2013 was enacted. It rooted these laws in Articles 14, 15, 19 and 21 of the Constitution.

Coming to facts, it accepted Ramani’s contention that the complainant was not man of stellar repute as nearly 18 women had reported instances of sexual harassment against him. It also accepted the defence raised by Ramani as it saw her tweet as an anti-harassment action in public interest, especially in the light of the fact that there was no law pertaining to sexual harassment at the time of the incident.

It took a sensitive view of the issue by stating that women were generally subjected to violence in private spaces and even respectable and famous men could be cruel to women. It stated quite eloquently that “a woman cannot be punished for raising voice against the sex-abuse on the pretext of criminal complaint of defamation”.

Unlike civil law, criminal law generally does not have any limitation in terms of filing a complaint. Upholding this principle, the court also noted that a woman could raise her grievance at any platform of her choice even after decades of commission of the offence. The court acknowledged that women were deterred from lodging formal complaints due to internalisation of violence and the stigma associated with sexual violence. Thus, their testimonies could not be discredited on the ground that they did not lodge formal complaints or that they had raised their grievance after a lot of time had lapsed.

It quoted statistics from the Economic Survey of 2020-21 to drive home the point that Indian women were capable of breaking the glass ceiling, but their workforce participation was limited and one of the ways to boast that was to make workplaces safer for them. This is how the judgement comes as a reassurance for victims of sexual harassment–that they cannot be silenced and their right to life and dignity trump’s anyone’s right to reputation.

The judgment is in line with feminist legal methods propounded by Katharine T. Bartlett, which involves asking the woman question, feminist practical reasoning and consciousness-raising.

An application of feminist practical reasoning involves the usage of feminist lens while viewing the gendered world, which appears to be neutral, but is skewed in favour of men. This is to dismantle patriarchal structures and build more inclusive spaces. The court, while reasoning out the delays in raising the grievances in sexual harassment cases, exhibited an application of the aforesaid legal method.

It further asked the woman question by commenting on how sexual violence took place behind closed doors and even respectable men could also be sexual harassers. It tried to inquire the ways in which social and legal factors play out and have dire implications for women.

Lastly, it upheld the idea of consciousness-raising and preserved the sanctity of the #MeToo movement itself. Such consciousness-raising will enable women to share their experiences with one another, so as to realise that patriarchal oppression is not an isolated phenomena, but it is a structural problem that ought to be countered by collectivising and building universal sisterhood.

Besides the aforementioned highlights of the judgement that resulted in an acquittal, it is imperative that we don’t lose sight of the process that was no less than the punishment. The trial continued for around two years and three months. The cause of action arose on the basis of Section 499 of the IPC.

Also Read: Protesting Against Sex Abuse is Not Defamation: Court in Priya Ramani Case Empowers Women to Speak Up

This Section defines the offence of criminal defamation. On being found guilty, the accused can be sentenced to an imprisonment of two years or fine or both. The peculiarity of Section 499, which also mentions truth as an exception, is that a victim of sexual harassment can be virtually put to trial for exercising her right to freedom of speech and expression and can be made to undergo a painful trial to prove the truth of her statement. In the meanwhile, she is referred to as an accused in legal jargon and made to face the social censure that flows from the label of “accused”.

Having penal consequences for an offence of a private nature is disproportionate, as this offence, unlike public offences such as sexual harassment, rape and murder, does not have ramifications for the society at large. Further, using criminal defamation to doubly victimise the victim just for speaking about her experiences, is an assault on her right to life and liberty.

Procedurally speaking, the law requires the accused to be present for the hearings in court, which generally takes place where the complaint is filed. Further, there is no limit on the numbers of cases that can be filed arising from the same cause of action. Thus, the complainant can file multiple complaints in different parts of the country.  This is likely to cause more problems for the survivor.

Considering the high pendency of cases and the huge cost involved in litigation, it is highly unlikely that less affluent survivors of sexual harassment would be able to fight such cases. However, the broad coverage of Section 499 still ensures that the affluent can avail of ingenious legal assistance to harass the survivor in the courtroom for the second time.

It is sound to conclude that Section 499 is one of the greatest challenges to the #MeToo movement and other such movements, which otherwise have the potential to nudge and transform societies by breaking systemic barriers.

The victory of a Priya Ramani against an M. J. Akbar is definitely worthy of celebration. But it is also an opportune time to initiate a larger movement to build a more conducive society for more #MeToo movements. This will involve re-examining our legal and constitutional position with regard to Section 499, which was upheld by the Supreme Court in Subramanian Swami v. Union of India.

(Anchal Bhatheja is a student of the National Law School of India University, Bangalore. The views expressed are personal.)