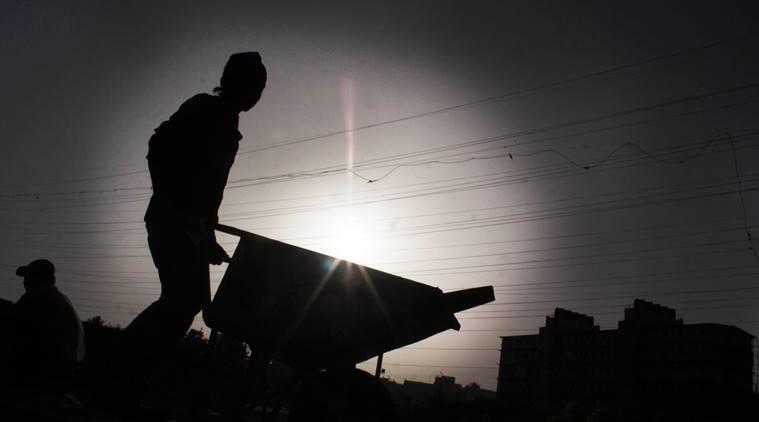 MEMBER of Rajya Sabha, Elaram Kareem, of the Communist Party of India [CPI] introduced on Friday, a Private Member’s Bill [PMB] seeking the repeal of the Code on Wages, 2019, the Industrial Relations Code, 2020, the Code on Social Security, 2020 and the Occupational Safety, Health and Working Conditions Code, 2020 in their entirety. Titled, ‘The Labour Codes (Repeal) Bill, 2021, its preamble says it seeks to ‘repeal certain enactments related to labour sector’.

The Statement of Objects and Reasons [SOR] of the Bill says that The Code on Wages, 2019 was enacted to repeal The Payment of Wages Act, 1936, the Minimum Wages Act, 1948, the Payment of Bonus Act, 1965 and the Equal Remuneration Act, 1976. The Code on Wages, the SOR suggests, incorporates certain provisions of these Acts selectively to the sole advantage of the employers and distorting and diluting almost all the rights and protection related provisions for the workers and employees. It was also brought with pushing a major section of employees, namely, Sales Promotion and Working journalists, out of the coverage of the Act and left to the discretion of the employers so far as wage is concerned. The Code on Wages, the SOR adds, did not incorporate the concrete formulae of Minimum Wage (based on 2700 calorie intake, among other things) decided unanimously by 15th Indian Labour Conference, along with the Supreme Court judgment in the Raptakkos Brett case in 1992, which was again unanimously recommended by 44th, 45th and 46th Indian Labour Conferences. The Centre was a party to the 45th and 46th Indian Labour Conferences, the SOR reminds.

The SOR suggests that although provision of the tripartite Minimum Wage Advisory Board has been kept in the Code, provision has been so designed that the recommendation of the Board will not be binding on the Government.

The SOR adds that minimum wages can be an effective tool for addressing poverty and inequality. There are, the SOR points out, well-tested mechanisms/formulae that have been evolved over the years, which also got consensus of all stakeholders, to address issues and concerns over setting and implementation of minimum wages. These mechanisms, the SOR claims, can ensure that minimum wages achieve a substantial and beneficial impact on subsistence wage and low-paid workers. But the Code on Wages, 2019, didn’t address these two main concerns, that is, on fixation of minimum wage and strict implementation thereon, the SOR argues. The fixation has been, deliberately, kept under the discretion of the governments and the Code dilutes, virtually to nullify, even the pre-existing enforcement mechanism which, in turn, facilitate the employers to evade from any legal obligations, the SOR laments. The SOR justifies the repeal of the Code on Wages, 2019, because it curbed the rights of the unions to have access to the balance sheet and other accounts of the company for the purpose of negotiation on payment of Bonus.

The SOR apprehends that the Industrial Relations Code, 2020 distorts and dilutes almost all the rights and protection related provisions for the workers and employees. The Industrial Relations Code will lead to the “hire and fire” regime at the will of employers and thereby adversely affect the industrial workers, it says. “Formation of trade unions will become more difficult and virtually impossible through imposition of numerous restrictive conditionalities stipulated in this Code. It intends to make the right to collective trade union actions including right to strike virtually banned through number of conditionalities. All these are being pushed through under the slogan of promoting growth and employment”, the SOR claims. It alleges that the Code “open-endedly empowers the Executive to alter many substantive provisions of the enactment passed by Parliament through executive order without sanction of Parliament, or through liberal grant of exemptions to employers.”

The SOR is also aggrieved that the Code on Social Security, 2020 distorts and dilutes most of the social security benefits and related provisions for the workers in both organised and unorganised sectors. The SOR suggests that the Code seeks to repeal eight existing functional social security legislations on the plea of simplifying and rationalising them but actually diluting them grossly to the detriment of the beneficiary workers’ interests. It alleges that social security benefits available to a section of workers in the organized sector will be diluted by giving relief to employers in respect of their obligations towards social security contributions. Furthermore, it looks to establish government control over the accumulations available through social security funds with the Employees Provident Fund Organisation, the Employees State Insurance Corporation, and the Cess fund under Construction Workers Welfare Scheme, none of which the government contributes to. Schemes for the universalization of social security have been left to the discretion of the executive.

The Occupational Safety, Health and Working Conditions Code, 2019, which replaces 13 labour laws, did not stipulate even the basic humane working condition of eight hours work in a day, and left it to be decided by the appropriate governments, the SOR suggests. The concepts like daily working hours, weekly working hours, period of work, intervals for rest, overtime duty and spread-over-hours which are well-defined in the Factories Act, 1948 and in all the relevant Acts, are sought to be removed by this Code, the SOR claims. The Code will make already distressed condition of contrat workers who represent almost half of the productive workforce, miserable akin to slavery, the SOR adds. The SOR fears that the Code will provoke increasing replacement of regular workers by contract workers affecting productivity and operational efficiency.

Sector specific provisions relating to the “working conditions in the particular sector/occupation/work process and related issues in plantation, beedi and cigar, mines, construction, motor transport, dock workers, sales promotion, working journalists etc.” have also been subsumed and diluted. Crucial provisions regarding the responsibilities and obligations of principal employers have been removed, and the powers and role of the statutory tripartite board on contract labour, etc. have been diminished, the SOR claims.

The SOR concludes that in order to protect the interests of workers in the labour sector, it has become imperative to repeal the four enactments.

It is unlikely that Kareem’s PMB will secure the support of the union government, which is crucial for the success of any legislation in Parliament. According to PRS Legislative Research, only 14 Bills till now have turned into legislations, six of them were passed in 1956 alone. The last PMB passed by Parliament in 1968 was The Supreme Court (Enlargement of Criminal Appellate Jurisdiction) Bill, 1968, that became an Act on August 9, 1970. Of the total 328 PMBs which were introduced in 14th Lok Sabha, only 14 were discussed. The Rights of Transgender Protection Bill, 2014 moved in Rajya Sabha by Dravida Munnetra Kazhagam Parliamentarian, Trichi Siva, was passed in Rajya Sabha unanimously, but was never discussed in Lok Sabha. The union government, however, introduced its own Bill on the same subject later, which was subsequently enacted.
Read the bill here.