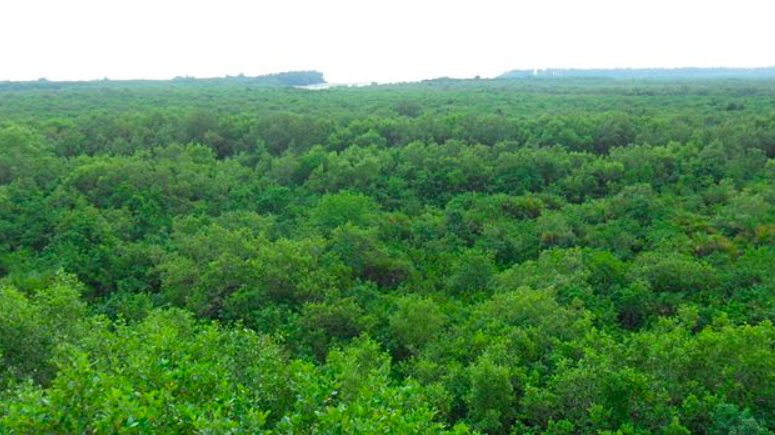 New Delhi: Barely a week after Prime Minister Narendra Modi stressed leading “lifestyles that are in harmony with nature” due to the looming threat of climate change, the ministry of environment, forest and climate (MoEFCC) change released a ‘consultative paper’ to exempt a range of infrastructure activities within the purview of the Forest (Conservation) Act, (FCA) 1980.

In a video address at the ‘Global Citizen Live’, organised by Global Citizen—an international advocacy group that aims to protect the planet and end hunger and poverty—on September 25, Modi had said: “The world will have to accept that any change in the global environment first begins with the self. The simplest and most successful way to mitigate climate change is to lead lifestyles that are in harmony with nature.”

However, going against the rules to conserve forests in India, the ministry proposed amendments to exempt several non-forestry activities, including defence and security-related projects along the country’s international border, zoos, forest training infrastructure, and surveys and investigations on forest land from the Act.

Ironically, the sweeping changes were proposed on October 2, the 152nd birth anniversary of Mahatma Gandhi, whose commitment to the cause of environmental conservation was invoked by Modi during his speech. “The great Mahatma Gandhi is widely known for his thoughts on peace and non-violence. But do you know that he was also among the greatest environmentalists in the world? He led a zero-carbon footprint lifestyle. In whatever he did, he put the welfare of our planet above everything else,” Modi had said.

The consultative paper also exempts exploration and extraction of hydrocarbons using the extended reach drilling (ERD) technology from forest clearances. Using the technology, hydrocarbons are extracted from a block at a certain distance from it through an elaborate network of subterranean tunnels. The technology is mostly used around protected areas like forests, national parks and wildlife sanctuaries.

In the recent past, public sector major Oil India Limited had been criticised by environmentalists for drilling a cluster of borewells just outside the ecologically fragile Dibru-Saikhowa National Park, in the rainforests of Assam—just after the Baghjan disaster—for hydrocarbon extraction using the ERD technology.

The exemption from forest clearance proposed for exploration of hydrocarbons using the ERD technology comes as a bonus for oil and natural gas companies. Last year, the Modi government had exempted hydrocarbon exploration from the need of obtaining environmental clearance.

On January 16, 2020, the Centre had issued a notification amending the Environment Impact Assessment (EIA) Notification, 2006 which put hydrocarbon exploration under B2 category of industries that do not require impact assessments, public hearings and clearance from the MoEFCC.

Surveys and investigation activities for ascertaining the presence of extractable natural resources in forest areas—which might include drilling, for example, to explore precious minerals—will also no longer require forest clearance if the amendments are incorporated into the Act.

“In many of such activities, the forest land is used for a very short time and also there is no perceptible change in the forest land or the biodiversity thereon,” the paper states. But since such activities are “considered non-forestry activity, prior approval of Central government is sought following formal procedure, which, in fact, takes a lot of time”, it further states. To address this issue, “particularly in such activities where the impact is not perceptible, the provisions of the Act may not be applicable”.

Environmental activists are already up in arms over the notification of the proposed amendments during an extended weekend (October 2-3), which leaves 13 days out of the fortnight during which public comments to the proposals are invited.

“These amendments will severely dilute legal provisions meant to protect forests. The amendments seem to have been introduced only for the ease of doing business by the corporate sector. The government has not mentioned the forest-dwelling people, whose lives and livelihoods are dependent on forest resources,” Rebbapragada Ravi, chairperson of mines, minerals & PEOPLE (mm&P), an alliance of individuals and communities affected by mining, told Newsclick.

In 2006, Parliament had enacted the Scheduled Tribes and Other Traditional Forest Dwellers (Recognition of Forest Rights) Act, 2006, which recognises the rights of forest-dwelling communities over forest resources for a variety of needs, including livelihood, habitation and sociocultural activities.

The consent of Gram Sabhas (the lowest rung of governance in the country comprising all adult members of any particular village) is also required before diverting forest land for non-forest purposes under the Panchayats (Extension to the Scheduled Areas) Act, 1996. However, the amendments make no reference to this Act while proposing a host of exemptions under the FCA.

The paper has also called for consultation on deciding as to whether—for the sake of the uncompromising nature of national security—all defence and security-related projects along the international border of the country should be exempted from the Act. This amendment has been proposed on the grounds that apparently “many a times, strategic and security projects of national importance get delayed, resulting in a setback to the development of such infrastructure at critical locations”.

Forest clearances will also not be required for establishing zoos, wildlife safaris and even forest training infrastructure on the grounds that these activities “are ancillary to conservation of forests”. Experts have questioned the sagacity of the ministry in considering the fact that constructing concrete structures after felling of trees can be construed as an activity ancillary to forest conservation.

Furthermore, the amendments seek to increase penalties in case of violation of provisions from the present 15 days to a one year which will also be made a cognisable and non-bailable offence.

“Government officials who allow diversion of forest land are never prosecuted under this law since the government never permits prosecution of officers responsible for such violation,” said Debi Goenka of the Conservation Action Trust, a non-profit working for the conservation of nature and environment.

“The government has to fall back upon extant criminal laws to decide whether an offence can be categorised as cognisable or not. The penal provisions under the FCA will have to be significantly enhanced to ensure that offences under it are cognisable and non-bailable to fall in line with the provisions of Code of Criminal Procedure” Goenka added.

At the same time, the effectiveness of FCA in conserving forest land has also been questioned by experts. “Ever since its enactment, the Act continues to be political and opaque, and has been used to selectively prioritise user rights. This got further strengthened through the directions of the Supreme Court in the Godavarman case,” Kanchi Kohli of the Delhi-based think tank Centre for Policy Research told Newsclick.

Kohli feels that the proposed amendments “reinterpret the jurisdiction of the law to allow for revenue and other government lands to be treated and traded as departmental assets.” Besides, the amendments also “encourage plantations on private lands as mechanisms to achieve climate adaptation targets and policy goals. In effect, they neither prioritise forest conservation nor address the long pending injustices around forest rights”, she added.