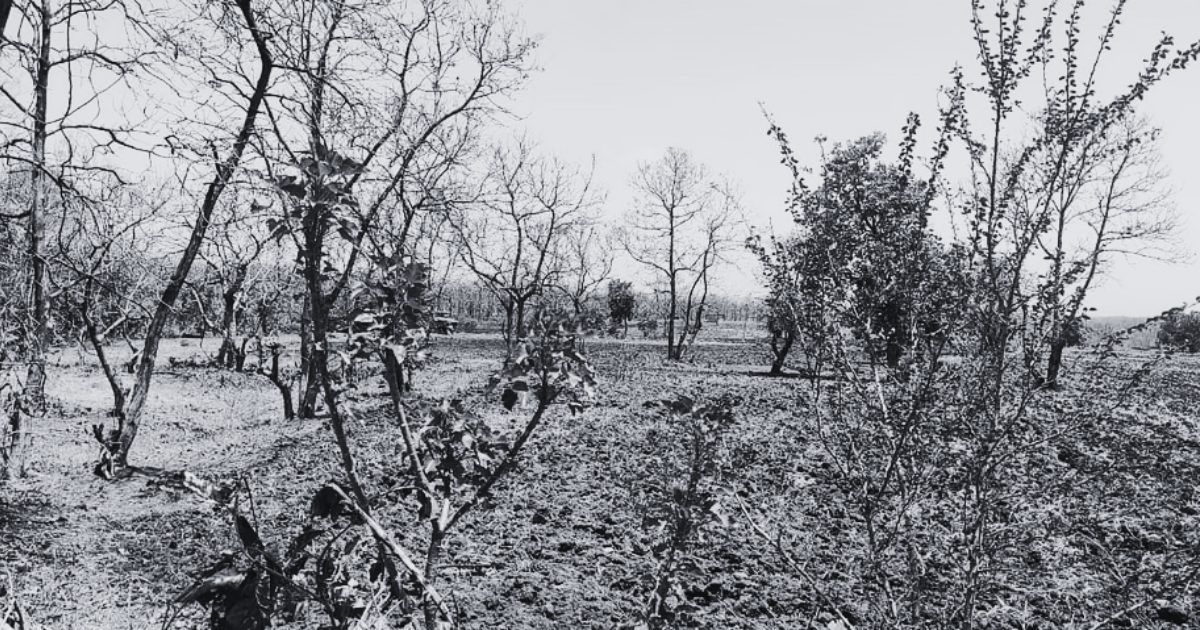 Over 13 Lakh hectares of forest land under encroachment in India: Forest Ministry in Parliament

As per the union ministry’s data, Madhya Pradesh and Assam top the chart in forest encroachment, but several activists call the data misleading. The ministry data, they say, also counts as encroachment the forest land that is under possession of tribal communities and on which they have legal right under the Forest Rights Act, 2006. However, a large number of the tribals’ claims were wrongly rejected by states. These matters have been pending for long before the Supreme Court, writes VIVEK GUPTA.

The Supreme Court’s June 7 order to remove encroachments in the ecologically fragile Aravali forest land near Lakarpur Khori village in Haryana’s Faridabad appears to shed light on just the tip of the iceberg, if the Centre’s latest data on forest encroachment is to be believed.

What the data tabled by the Forest Ministry says

The data tabled by the Union Ministry of Environment and Forest during the recent monsoon session of the Parliament revealed that 13.35 lakh hectares of forest land is currently under encroachment across the country.

The current encroachment, as per the ministry’s data, comes to around 2% of total Recorded Forest Area (RFA) in the country that runs over 7.67 Lakh square kilometres.

While according to the ministry, the states and UTs are taking various measures such as demarcation and digitization of forest boundaries, besides strengthening infrastructure for forest protection and involving fringe area forest communities such as Joint Forest Management Committees and Eco Development Committees to prevent and control encroachments, its latest data appears to be hiding as much as it is revealing, say forest rights activists.

Tushar Dash, a researcher and forest rights activist, told The Leaflet that the encroachment data tabled by the ministry during the parliament session is misleading.

It has also counted as encroachment the forest land that is under possession of tribal communities even as they got the legal right to use that land under the Scheduled Tribes and Other Traditional Forest Dwellers (Recognition of Forest Rights) Act, 2006 (Forest Rights Act), he added.

As per the ministry’s data, MP has the highest forest encroachment, but it is also a state where 60% of nearly 6 lakh claims for land filed by tribes and forest dwellers under the Act have been rejected as of January 2020.

“On the contrary, the ministry never disclosed the extent of encroachment that really matters and needs to be removed, including illegal diversion for mining and other commercial interests,” he said.

Dash says that in 2006 the Forest Right Act was enacted as a result of the long struggle by the tribal communities to assert their rights over the forest land due to their traditional dependence on them.

The Act, he informed, listed thirteen types of rights, including rights over land being cultivated, rights to non-timber forest produce, and most crucially, the right to protect and conserve forests, which no Indian law had ever recognised as a right before.

According to him, this Act was crucial to the livelihood of millions of tribals and other forest dwellers in different parts of the country, as it was meant to uphold the individual as well as communities rights in forest areas

Dash further added that the preamble of the Act itself says that the Act has finally paved the way to undo the ‘historic injustice’ done to the tribals and other forest dwellers who were deprived of their rights over forest land from colonial times.

“But the sad part is that despite the Act, the legitimate rights of tribal communities haven’t been recognised in most states. Wherever the exercise [of securing rights prescribed under the Act] was conducted, the claims of lakhs of people were arbitrarily rejected without following the due process. This has now created an impression that there is large-scale encroachment on forest land, which is actually not true,” he said.

Supreme Court’s adjudication of constitutionality of the Act, and its order to states

In 2008, several retired forest officials and wildlife NGOs filed petitions in the Supreme Court seeking to strike down the Act on the ground that it was unconstitutional. They argued that most of the claims filed under the Act were bogus, giving rights to large numbers of people to reside on and cultivate forest land, and subsequently undermining efforts to conserve forests.

Later in 2014, they began demanding that those forest dwellers whose claims had been rejected under the Act should be evicted.

As a result, in February 2019, the Supreme Court ordered the eviction of all rejected claimants, leading to nationwide protests by forest rights activists and tribal communities condemning the order.

After the protest, the union ministry of tribal affairs went back to the apex court and pointed out that most rejections of claims under the Act were incorrect and not in accordance with the law. The court thereafter put its eviction order on hold, and asked state governments to review the rejection claims.

Shankar Gopalakrishan, secretary, Campaign for Survival and Dignity, a forum working for tribal rights and the effective implementation of the Act, told The Leaflet that despite the Supreme Court’s directions, states have not been serious about reviewing the rejected claims in accordance with the law. Even the ministry of tribal affairs has not followed requisite steps for the effective implementation of the Act.

He said as per the act, the determination of the forest rights of the tribal and other forest dwellers communities is to be done by gram sabhas but in most places, this process was not followed as the top bureaucracy were directly involved in approving or rejecting their claims, in violation of the Rules promulgated under the Act.

As a result, the claims of a large number of forest dwellers were rejected in similar fashion as it was done the last time, thereby making the entire exercise futile.

On why states are not serious about recognising the rights of forest dwellers, Gopalakrishan said that there are multiple reasons like excess bureaucratic control, but the big picture is that forest departments don’t want to lose their control over the forest land. The Forest Right Act, on the other hand ensures, participation of forest communities in forest conservation work, he said.

On when the Supreme Court will next hear the matter, he said that one of the judges in the bench adjudicating the matter had recently retired. The Chief Justice of India will now constitute a new bench that will fix the next hearing date and accordingly resume the case proceedings.

Meanwhile, Researcher C.R. Bijoy, who examines natural resource conflicts and governance issues, is of view that the Forest Rights Act is perhaps the first law in the world to outright discard state-led fortress conservation, and instead adopting conservation-based community forest governance.

In a recent write-up for The Wire, Bijoy mentioned that there are 170,379 villages in India, each having one or more hamlets that have forest lands as land use which are officially recorded. The Environment Ministry reckons that at least 40 million hectares of forests (that is, 56% of the total forests) accessed by these forest dwellers need to be transferred to village institutions from the forest bureaucracy.

“By the end of 2020, only a fraction of this has been recognised and titled: 5.3 million [hectares], just 13.18% of the potential area and 6.9% of forests. The forest bureaucracy aggressively resists [Forest Right Act] implementation”, according to Bijoy.