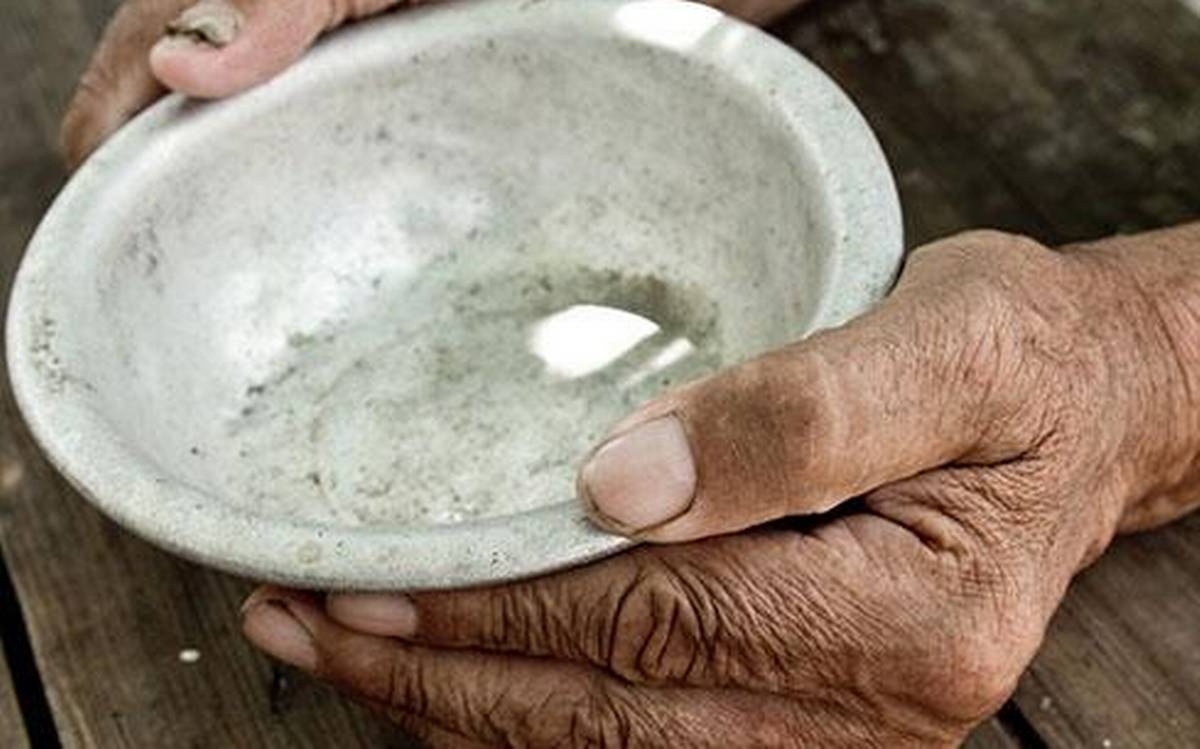 On World Food Day, India slips to 101st out of 116 countries in Global Hunger Index

October 16 marks the ‘World Food Day’. With India’s ranking in the Global Hunger Index tragically plummeting further, FR. CEDRIC PRAKASH SJ writes about the need for ensuring the right to food for every single citizen in the country.

COME 16 October – and the world once again is together as one, to focus on the most basic need for a person’s survival: food!  The first ‘World Food Day’ was observed in 1945, to mark the launch of the Food and Agriculture Organization (FAO) of the United Nations. Ever since, the day is marked to highlight the need and importance of food security across the world. The significance is accentuated especially in these difficult times amidst the COVID-19 pandemic.

The theme for 2021 is ‘“Our actions are our future- Better production, better nutrition, a better environment and a better life,”, emphasising on the various immediate and long-term benefits of consuming safe and healthy food.

The FAO today plays a pivotal role in achieving the Sustainable Development Goal (SDG) mandate- ‘to leave no one behind.’  ‘World Food Day’ therefore also serves as a reminder of the necessity of this organization, and helps to make the world aware of the requirement for better agriculture policies to be adopted and executed by governments all over the globe to make sure there is enough food available for everyone

Above all, ‘World Food Day’ brings to attention the terrible plight of millions of people everywhere who are struggling with hunger, and do not have adequate food to survive. Starvation is a global crisis that needs to be addressed and tackled before it is too late. Sadly enough, we live in a world of ‘haves’ and ‘have-nots’; the former, indulge in the finest of delicacies without any thoughts for others and on the other hand, the latter, are those who are desperate for a little food for their survival. Mahatma Gandhi puts it strongly when he says, “our world has enough for everyone’s need but not for anyone’s greed!”

Recently, the annual ‘Global Hunger Index’ (GHI), prepared jointly by the Irish aid agency Concern Worldwide and the German organisation Welt Hunger Hilfe, was released. The GHI is a universally accepted document on the reality of hunger all over the world.

The introduction to the report states, “Global Hunger Index (GHI) is a tool designed to comprehensively measure and track hunger at global, regional, and national levels. GHI scores are calculated each year to assess progress and setbacks in combating hunger. The GHI is designed to raise awareness and understanding of the struggle against hunger, provide a way to compare levels of hunger between countries and regions, and call attention to those areas of the world where hunger levels are highest and where the need for additional efforts to eliminate hunger is greatest”.

Obviously, the Government of India is not pleased, and has gone into denial mode. In an official rebuttal, a spokesperson says that the report has been published ‘without due diligence.’ A pathetic response when the Government is unable to furnish any scientific empirical evidence to prove the contrary.

A few days ago, the Prime Minister (PM) lambasted human rights defenders ‘for spoiling the name of the country’ vi-a-vis the human rights situation in India. The PM does not want to be truthful and acknowledge the non-negotiable fact that it is he and his ilk who denigrate the country and in a calculated manner destroy the fundamental rights of the ordinary citizens.

The ‘right to food’ should have been sacrosanct, and paramount importance should be given to ensure that it is not denied to any citizen. Instead, the crony capitalist friends of the regime are becoming richer everyday to the growing impoverishment of India’s millions. The nation-wide protest of farmers, which will soon complete one year, is a pointer of how those who provide us with our daily bread are being treated in the country! To build fairer and more equitable food systems, one must to listen to the voices of our farmers, to small-scale producers and rural communities.

Also read: Why Are People Going Hungry if India Has Surplus Foodgrain Stocks?

Qu Dongyu, Director-General of the FAO, in his statement noted that ‘World Food Day’ finds the world at a critical moment; even before COVID-19, hundreds of millions of people worldwide were afflicted by hunger and that number has increased in the last year to 811 million. That’s despite the world producing sufficient food to feed everyone, and that alarmingly, 14 percent of food is lost and 17 percent is wasted.

Antonio Guterres, the United Nations Secretary-General, said a few days back that “the way we produce, consume and waste food is taking a heavy toll on our planet. It is putting historic pressure on our natural resources, climate and natural environment — and costing us trillions of dollars a year; but the power to change is in our hands.”

In a pointed message to Dongyu, Head of the Catholic Church Pope Francis says “The annual celebration of World Food Day brings us face to face with one of humanity’s greatest challenges: overcoming hunger once and for all is an ambitious goal.” He points to a paradox with regard to food access, noting that while more than three billion people do not have access to a nutritious diet, almost two billion are overweight due to poor diets and a sedentary lifestyle. Stressing the need for all to play a role he says, “If we do not want to jeopardize the health of our planet and our entire population, we must encourage active participation in change at all levels and reorganize food systems as a whole.”

Pope Francis highlights four areas in particular where urgent action is needed: in the field, at sea, at the table, and in reducing food loss and waste. He says, “although individual lifestyle choices and daily consumption practices influence global and environmental dynamics, we must encourage producers and consumers to make ethical and sustainable choices and raise awareness among the younger generations of the important role they play in making a world without hunger a reality.”

Also read: The vice of eternal food insecurity in India

Whether anyone is listening to these leaders and will actually pay heed to what they are saying – is anyone’s guess. In the meantime, given our hypocritical religiosity and flair to abuse God by dividing people in her/his name, let us at least take cognizance of the words of Mahatma Gandhi: “God comes to the hungry in the form of food!” and help make the prayer of the hungry – “Give us today our daily food…” – a reality!