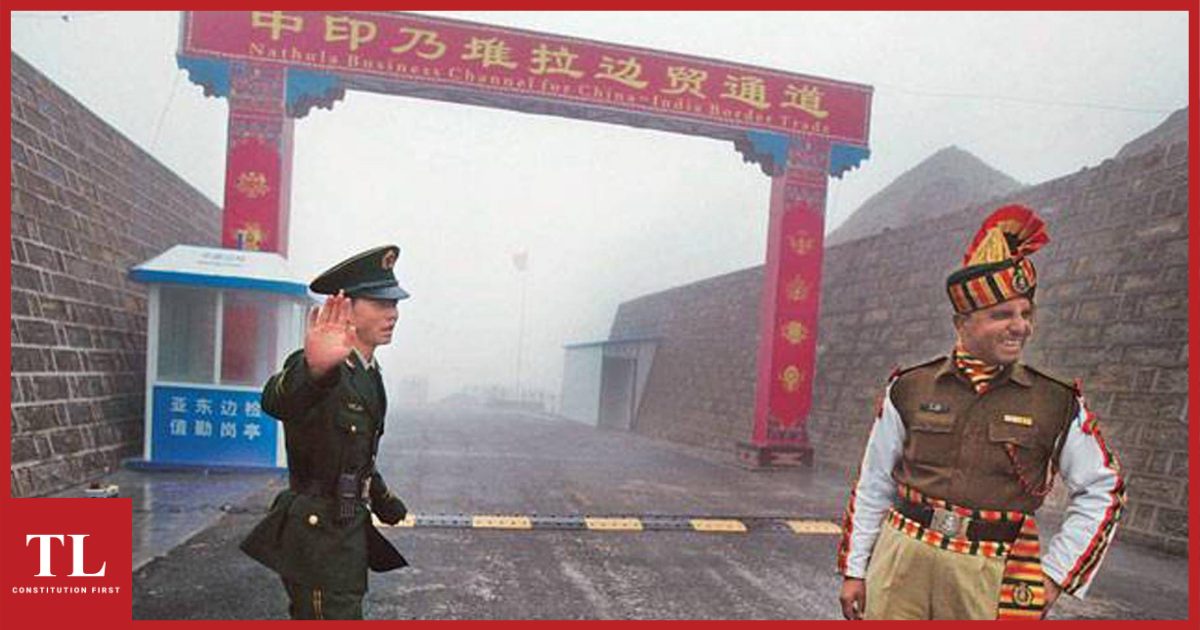 NathuLa Pass Border Trade: A Potential Waiting to be Tapped

Border trade between India and China is the highest at NathuLa Pass in Sikkim. Yet, its true potential has not been used. It was estimated in 2005 by a study group that this trade would fetch India Rs. 353 crore (2010) and Rs. 573 crore (2020). But in 2016, the trading value was only around Rs. 63 crore (exports) and Rs. 19 crore (imports). The Indian government needs to do a lot more to help its traders if China does not walk away with the goodies, warns JAIMINE VAISHNAV.

“If soldiers are not to cross international boundaries, goods must do so. Unless the shackles can be dropped from trade, bombs will be dropped from the sky.” — Otto T Mallery, author of “Economic Union and Durable Peace”.

THIS quote emphasises the significance of trade at the cost of war. No doubt when it comes to money, all are of the same religion. But it is important to realise that trade relations often dissuade tensions like war or conflicts on the macrocosm level.

Ceteris Paribus (Other things equal). The economy of war is not always directly proportional to the economy of trade in the context of Indo-China ties. China’s realism and India’s reactivism have ratiocinated their relationship closer to the belief that “war is economy” in a span of 60 years.

Their so-called geopolitical tensions can only be diffused through mutual consideration of liberal values and recognition of border trade. However, unlike other trading mechanisms, Indo-China border trade has not received attention in the mainstream sphere.

The idea of resuming border trade commenced in the early 1990s. It was only from July 2006 that China and India agreed to reopen certain locations at their border for economic trade, thus, helping their relationship and enhancing socio-economic development of the localities near the trading region.

Trading activities were closed after the 1962 conflict when China surprisingly defeated India. In order to supersede the past bitter relationship and enunciate steps towards mutual prosperity, three border trading points were identified from 2006 in India. They are: Lipulekh Pass in Himachal Pradesh, Shipki La in Uttarakhand and NathuLa Pass in Sikkim.

The economic value of the border trade at NathuLa Pass, Sikkim, is the highest as compared to the other border points. It has also been the oldest route of trading since many centuries. Also known as the “Silk Route”, NathuLa Pass (situated at 14,300 ft above sea level) is a strategic location of trade and geopolitics in the North-east.

As India has circumvented the inclusion of the North-east in her growth story since 1950, NathuLa Pass has received limited attention from policy experts, authors and scholars.

Although the quantum of literature and study on this region does not beat the anticipated imagination in academics and media discussions, there is a dire need to rejuvenate India’s consciousness towards this region.

The NathuLa Pass region has been very popular for travel or touring, but more attention should be given to deciphering the economic health of traders in Sikkim. There are 600 registered India traders who venture through NathuLa Pass from May 1 to November 30 every year. Out of these, around 200 traders are active. Only Sikkimese are allowed to trade and most of the traders’ have for generations been involved in this economic activity. Within a span of 10 years, there is a systematic increment in the registration of new traders, especially younger ones, which tells us a success story of border trade.

India is entitled to export 36 items and import 20 items at this border with China. Most of the items listed are from the 1950s and 1960s list and so traders of Sikkim are trying hard to lobby with the Indian government to alter the list as they’re more concerned about Chinese demands. Unfortunately, this whole issue has not received any attention.

Every year, the traders have to undergo the Kafkaesque-like process of renewing their trading license. To add to the woes, the government of India has set a capital limit on the trade earnings.

That is, a trader is not supposed to earn more than Rs 2 lakh per day on this trade. This is, nevertheless, an act of statism that has generated some volume of informal trading too at Nathula Pass Border Trade.

For a sound trading experience, free-market maxims are fundamental and it is possible when the government minimises its arbitrative attitude and maximises its liberal one. What’s “legal” for the government here is not “moral” for the traders. Sikkim needs a complete overhaul of its economy through the Nathula Pass border trade especially.

The infrastructure on the Indian side is poorly developed as compared to the Chinese side. The traders are supposed to reach the trading venue i.e. Sherathang market, and trade. The warehouse facilities are not adequately developed. However, the Chinese side has a trading mart–Rinqingang market–which has better facilities to store goods. Both these marts are the prime locations of excise and custom check for the traders.

The Indian side is obligated to open the mart from 11 am till 2 pm, whereas the Chinese side opens up around 7:30 am till 3 pm. This gives a limited time for the Indians to trade with the aggressive Chinese traders.

Language barrier is another problem. There is no translator or interpreter at the post to help the traders to communicate well or negotiate. This infuriates the Indian traders to an extent and is followed by stringent and suspicious behaviour of the Indian security forces.

This trading activity has a huge geo-economical potential for Sikkim and can help diffuse geo-political tensions with China.

The Doklam issue (2017) may have been an egoistical conflict between both countries, but it received a huge setback for the traders of both sides. Indian traders could accumulate Rs. 7 crore in exports and Rs. 1 crore in imports that year. By 2019, when the border tensions had diffused, there was a spike in the value of exports (Rs. 40 crore) and imports (Rs. 3 crore).

It is thus ratiocinated that when goods are exchanged, bullets won’t find any scope.

(Jaimine Vaishnav is a lecturer and blogger based in Mumbai. He also writes on Hindutva, economics, society and history. The views expressed are personal.)