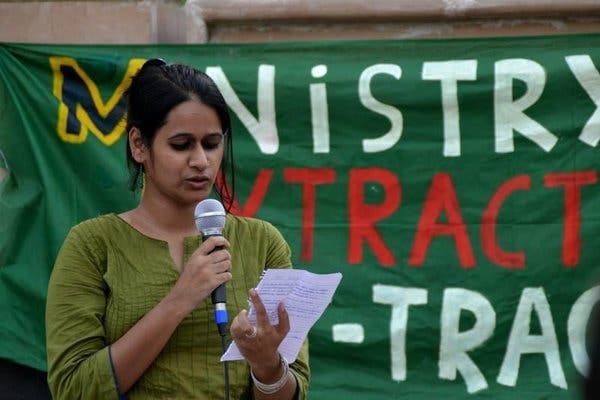 THE Delhi High Court Monday granted three-weeks interim bail to Pinjra Tod activist Natasha Narwal to allow her to attend the last rites of her father who passed away yesterday evening due to Covid19. Her release will be subject to her furnishing a personal bond of Rs. 50,000/-

A bench of Justices Siddhart Mridul and AJ Bhambani passed the order to this effect.

The bench said the release of Narwal was imperative in this hour of grief and personal loss and in the facts and circumstances of the case.

Narwal has been in Tihar jail since May last year in connection with the Delhi riots case. Though she was granted bail in connection with some other FIRs, she yet to get bail in the FIR that contained stringent Unlawful Activities (Prevention) Act.

Narwal moved the court seeking interim bail on account of the death of her father, Mahavir Narwal.

The prosecution did not oppose the plea which the Court appreciated.