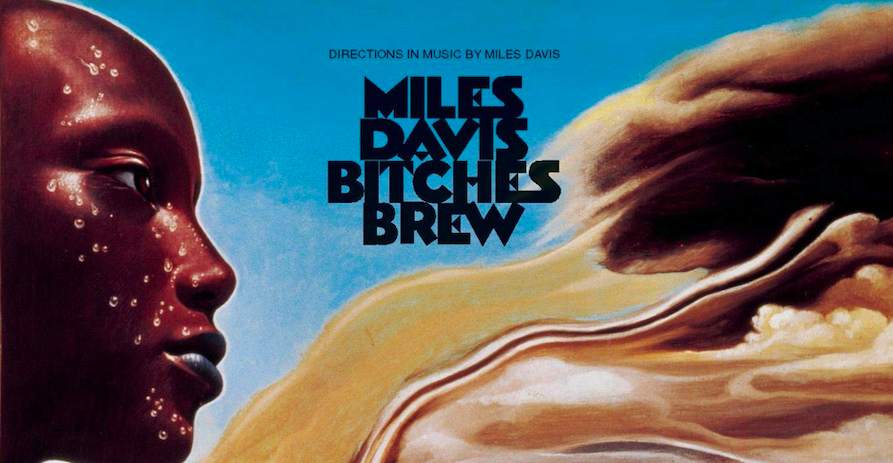 Music of all kinds – MILES DAVIS

THERE are times in the history of music when one event charts the course for the future. If there was one defining moment which changed the course of jazz for the next 50 years it was Miles Davis’ album ‘Bitches Brew’. Miles Davis in this double album electrified (in its real sense) jazz, paving the way for this genre to become the dominant force.

What Miles did was sacrilege for the purists. But what’s less debatable is how it smashed musical barriers, opening up new avenues for generations of bands and musicians of all stripes to explore.” But undoubtedly his   fusing jazz  with rock created a template for future jazz musicians.

Miles  knew with  ‘Bitches Brew’ he was creating history and with its eclecticism he was  charting a new course for jazz. In  ‘Bitches Brew’ Miles brought in  the most formidable  lineup of young  jazz musicians using electric instruments. Each one who played on the album  went on to dominate the world of jazz/rock/fusion: Wayne Shorter on the soprano saxophone, Joe Zawinhul on electric piano, Chick Correa on  electric piano, John McLaughlin on  electric guitar, Dave Holland on bass, 19 year old  Lenny White and  Jack Johnette on drums, power drummer  Billy Cobham, Airto Moreira on percussion, Bennie Maupin on bass clarinet. After ‘Bitches Brew’ came significant formations of experimental jazz like John McLaughlin’s Mahavishnu Orchestra, Chick Correa’s  Return To Forever,  Joe Zawinhul and Wayne  Shorter’s Weather Report.

‘Bitches Brew’ was the boldest foray made by a jazz musician.  The subtlety of jazz fused with the raw energy of electric  rock was to create what we call today is fusion jazz. 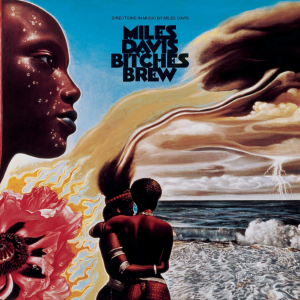 The title track ‘Bitches Brew’ kickstarts with incredible energy. The scintillating interplay  between the guitar, keyboards and the drums is worth a million listens.  Spanish Key  is a 17 minute  masterpiece of jazz rock. It starts with a guitar, horn,   keyboard intro with Miles gently  gliding  in with his inimitable cool style of trumpet  playing. Towards the end it becomes an the intricate and energetic interplay of the various instruments with Miles  holding it all together the disparate components into a cohesive whole . One of the most memorable   piece is named after John McLaughlin himself. With McLaughlin’s crunching guitar and the keyboard  providing  the foundation is  still one of  the most formidable guitar based jazz rock tracks. It is the shortest piece on the album and yet  left a trailblazing influence on the course of jazz guitar playing in the years to come.

The track Miles Runs the Voodoo Down another lengthy 14 minute  masterpiece. This is one  of my favorite pieces is still a gem after 50 years. On this electric jazz rock arrangement, Miles’ trumpet creates his voodoo magic. His trumpet weaves and blends through  intricate guitar and keyboard playing. Also on display is Wayne Shorter’s saxophone playing.

Sanctuary is actually a placid respite from  the agitated atmosphere of  the  previous tracks. It takes us back to the Miles’ cool style of playing from  his earlier classics like A Kind of Blue. In between this  11 minute track is an interlude of Miles’ trumpet  amidst the atmospherics  created by the electric keyboard, drums and Airto’s percussion, a style which would be imitated by many bands.

Feio is a delightfully experimental piece. This is one of the languid and laid backtracks. It allows each of these fantastic musicians to play their parts bidding goodbye to their listeners. It gives space and time to the listener to reflect on the tempest which blew over them earlier.

Let me warn reader that  for a listener who straying into the kind of jazz-rock-fusion in  Bitches Brew for the first time, it is not an easy listen. There is density of myriad sounds, ideas, compositions and creations in constant agitation. The tapestry Miles and his band of incredible musicians weave is complex. Each listens gives a new insight, a  new experience, an unnoticed nuance.  Paying attention to the individual parts, with its disparate and often dissonant and atonal components and allowing the entire sound to grow on you,  is the path to the nirvana Miles wanted to take you to.

[Santosh Paul is a Senior Advocate in the Supreme Court of Indian, when not arguing in court he write about Jazz and other things]

This piece first appeared in his blog.