Amid the ongoing pandemic, over 40 tribal families belonging to the marginalised Bhil and Barela adivasi community in Madhya Pradesh’s Jamniya area, falling under the Khandwa district, have been rendered homeless. In its proceedings, the state forest department on July 10, bulldozed several houses despite an ongoing stay on any evictions amidst the pandemic.

The families, dependent on forest produce, cattle rearing and small agricultural practices, have filed for land rights under the Forest Rights Act, making the basis of the demolition illegal, allege activists. After the demolition, the department reportedly also detained four adivasi community members as well as members of the Jagrit Adivasi Dalit Sangathan (JADS).

Among the detained tribals were Budia Lalu (40), her 12 year old daughter Pooja Lalu, along with Ramlal Buda. Speaking with NewsClick, Ramlal, who was later released, alleged: “Over 200 people belonging to the forces stormed our area–without any warning or any information. I was beaten up, brutally thrashed and taken into custody. We were threatened and abused by the department. Our houses have been destroyed and we have nothing but the clothes we were wearing.”

Those who lost their homes also alleged that the forest department, in a bid to cut them off completely from their lands, “sprayed poison” on their fields and demolished crops with bulldozers.

“We have no food or rations left, I have children in my family and we are fearing what we will do now, our source of food and shelter has been taken away from us. The action was coordinated and the intent was to destroy us completely. Even my bangles have been taken away from me,” said one of the tribal community members. 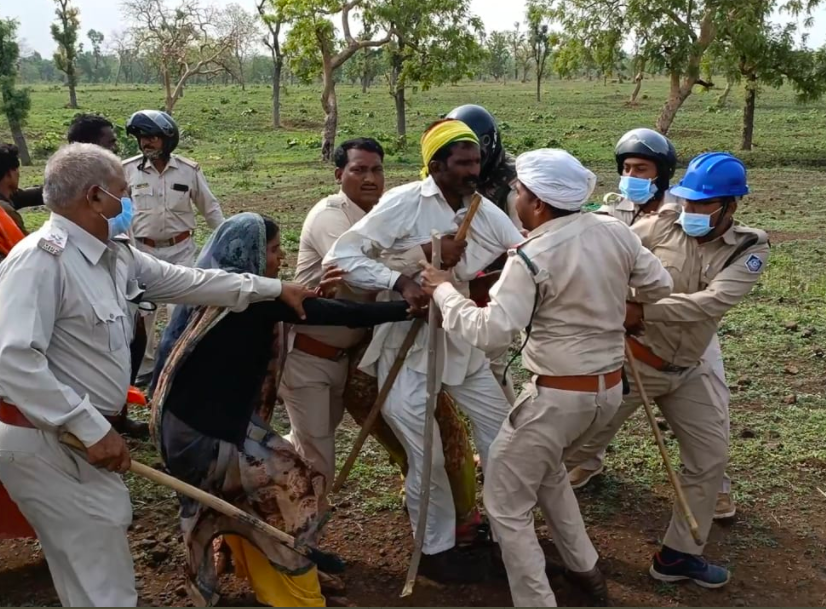 The community members staged a protest on Saturday night outside the SP’s (superintendent of police) office in Khandwa to demand the release of the activists detained from the JADS as well as members of their community.

Over 300 persons gathered outside the police station to demand their release, after which the members were freed. Speaking with NewsClick, activist Nitin Varghese, who was held at the station, confirmed that they were “thrashed by the police”. He said: “My phone was taken away and I have not been able to recover it yet. The police have not initiated any proceedings about the seizure of my device. The evictions being carried out are in complete violation of the Forest Rights Act as well as the Jabalpur court’s decision staying all the evictions amidst the pandemic. Moreover, the families have been fighting the battle for their land rights legally.”

Under section 4(5) of the FRA, no one can be evicted from the land till the documents and claims are under observation.

The families claim they have been living on the land sporadically since 1963. There is also an ongoing case for their land claims and frequent evictions are currently being heard in the Jabalpur High Court.

Explaining this further, activist Madhuri Krishnaswamy said: “What is most glaring in this case is the fact that the department mobilised other members from different villages to seek support for these evictions. They have also been making claims that the tribals attacked them, however, they have not registered anything officially, there is no information available on any injury or photographs to support this claim. Moreover, it is important to understand that under the British, all land had been classified as state land, which is why communities are fighting a battle for land rights.”

NewsClick contacted Chandan Singh, divisional forest officer of the region, who was present on site when the demolitions took place, but did not receive a comment. Attempts were also made to contact the SP of Khandwa but in vain.

The demolitions have resulted in soaring anxieties on the ground, heightening the growing fears of violence against the tribal community amid the pandemic. Ratanbhai from JADS said: “The rains are about to set in and there is no discussion on why the demolition took place and how violent it was. The bigger question now is where will people go?”

The JADS has demanded that action must be taken against officials who carried out this drive. Also, the families must be provided immediate relief. 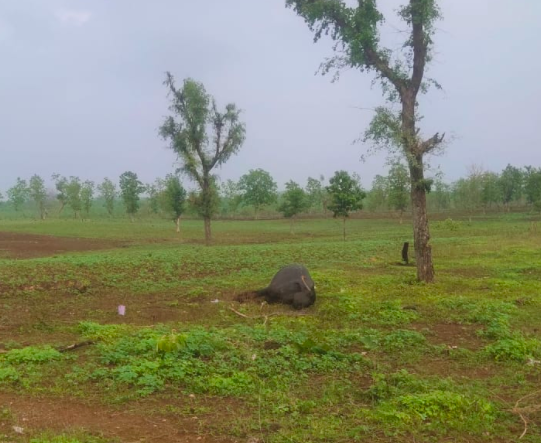 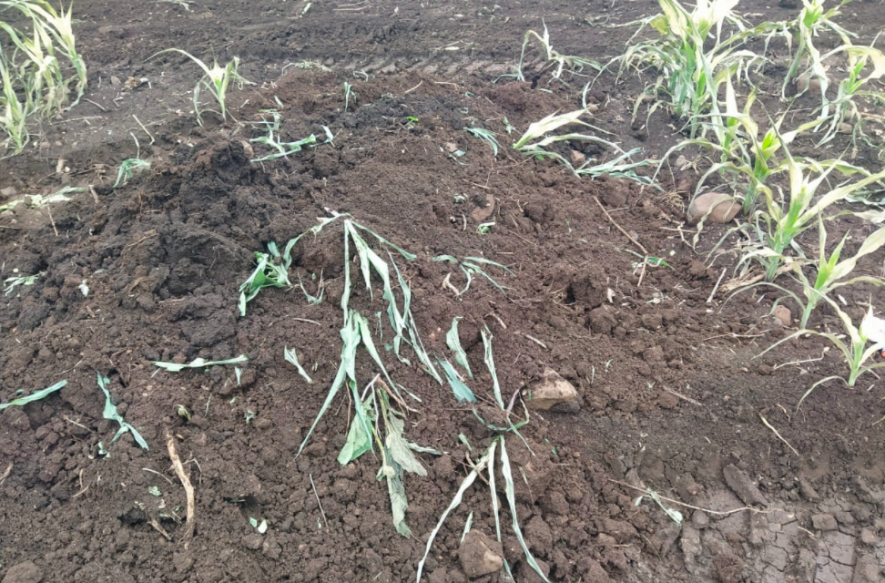 This is not the first instance of evictions and demolitions of tribals. NewsClick had previously reported the burning down of mud houses in Burhanpur region of the state.

As per the latest data of Ministry of Tribal Affairs, a total 20,01,919 claims over forest land – in terms of both individual and community rights – had been rejected across the country by the end of February 2021, against the same number of claims that have been accepted. This works out to roughly 45% rejections across the country, with another 4.61 lakh claims pending for disposal. These figures will be considered final when presented in the Supreme Court, since it is a review that is being conducted in accordance with its orders.

In the last week of June, a Public Interest Litigation (PIL) was filed in Jabalpur High Court by a woman belonging to the Mawasi tribe from Satna district alleging that claims made through the gram sabha, in accordance with the rules of the FRA, 2006, were rejected because they had not been uploaded on the MP Van Mitra portal. It has been argued in the PIL that the process adopted by the Madhya Pradesh government violated the provisions of the FRA, which envisages only a transparent three-tier monitoring system for settling claims over forest land.