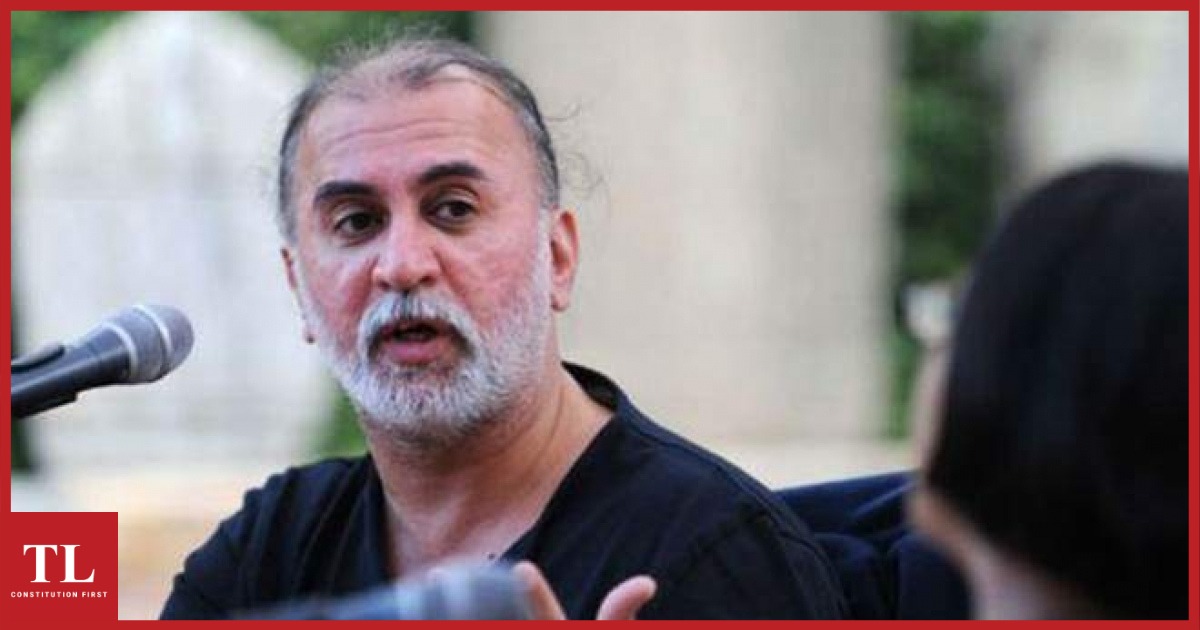 TWO days after the physical copy of the 527-page judgment acquitting Tarun Tejpal was made available, the vacation bench of the Bombay High Court in Goa had to instruct the trial court to redact the name of the woman journalist who had accused Tejpal, her then-boss and 30 years older, of sexual assault and rape in November 2013. It was a shocking lapse by a court considering that protecting the identity of the complainant in a rape case is a basic legal procedure.

However, this is not the only occasion on which the judgment puts the accuser, not the accused, in the dock. There are unflattering or derisive references throughout to her character, attitudes, professional work, behaviour, past relationships, all deduced from or cited as grounds to give Tejpal the benefit of doubt. The judgement disclosed her email address, the identity of her parents and spouse, names saved in her mobile phone, causes she supported and wrote about, her attitudes to drinking and smoking, her views on consensual sex, her alleged sexual history, her conversations with friends, her dress in graphic detail and her “unlike-victim” actions on the night of the alleged incident in a five-star hotel in Goa where Tehelka was hosting an annual event.

The additional sessions judge at Mapusa court, Kshama Joshi, states, “Upon considering the entire evidence on record, the benefit of doubt is given to the accused as there is no corroborative evidence supporting the allegations made by the prosecutrix. Her deposition also shows improvement, material contradictions, omissions and change of versions, which does not inspire confidence…” The judgment also faulted the Goa Police for slipping up on the investigation. This is a judgment on Tejpal but reads like one against his accuser. In 2021, nothing could be worse for survivors of sexual assault or rape.

In every paragraph that focuses on the woman—and there are many—she is undermined, showing a regressive mindset. This is the crux of the growing critique of the judgment. It could have stopped at “no corroborative evidence supporting the allegations”, as several judgments in rape cases do. After all, less than three of every ten men accused of rape are convicted in India, according to National Crime Records Bureau data in 2019. It is notoriously difficult to prove assault and rape charges in court, especially years after an incident. When Tejpal was pronounced not guilty for lack of corroborative evidence—there are legal analyses of this aspect elsewhere—he would have joined two-thirds of rape accused who are acquitted. It would have been one more acquittal in a pile of not-guilty verdicts, but this judgment goes beyond.

That the judgment subjects the accuser, her conduct during the alleged act and earlier, her behaviour and life choices to close scrutiny—which ideally Tejpal should have been subjected to—says a lot to us. It tells us that no matter how traumatic an incident of sexual assault or how heinous a rape, it could be masochistic to file a police case that will eventually reach a court. It warns us that if we choose to take the legal remedy, we could imperil ourselves to the insensitive or harsh scrutiny of every aspect of our lives. It reinforces the age-old advice not to go public, internalise the trauma and deal with the demons on our own even as violators strut around free.

It takes us back to the 1970-80s when shaming the woman was the norm both in and outside the courts. It renews, in shocking ways, patriarchal clichés about women of a certain kind—alcohol-consuming, relationship-happy, educated and articulate, demonstrating independence of mind—being responsible for sexual crimes that happen to them. That trope about short dresses linked to sexual assault, we believed we had taken a few firm steps away from it—but evidently not.

The judgment makes a mockery of the small advancements we made as a society and the women who fought for gender-just and survivor-sensitive laws. The Vishaka judgment was a step forward in recognising the scourge of sexual harassment in the workplace and made it incumbent on an organisation to make it safe for women to work. The Criminal Law Amendment Act of 2013, enacted after the heinous Delhi gang rape that grabbed national attention, enlarged the scope of section 375 of the Indian Penal Code to include all forms of coercive sex as violating the dignity of women. It stiffened punishment for repeat offenders, increased punishment to life imprisonment or death if rape led to the victim’s death, and made voyeurism, stalking and throwing acid punishable.

It took feminists, women’s groups and lawyers nearly five decades after that custodial rape case to claw out legal remedies to violations of their body and dignity. The Tejpal judgment makes it look like 1972 all over again when public outrage over a sessions court judgment in the Tukaram versus State of Maharashtra (commonly referred to as the Mathura rape case) forced far-reaching changes in the law such as consent in sexual intercourse, the addition of custodial rape to section 376 of the Indian Penal Code, in-camera trials, safeguarding the survivor’s identity, and shifting the burden of proof from the survivor to the accused.

Part of a pattern

Reading the Tejpal judgment is triggering. It is guaranteed to provoke rage and sadness—rage that a woman’s behaviour and choices can be factors in assault and rape cases in 2021. And sadness that such a judgment will have ramifications for millions of women who battle molestation, sexual assault and rape every day, wondering if they should suffer in silence or speak up.

If this woman, with her education and social capital, awareness of law and issues, acquaintance with noted feminist advocates including a former Additional Solicitor General of India, could not trump preconceived notions or prejudices during legal proceedings then what chance does a less equipped woman stand? What might courts have done to the Hathras rape victim had she survived and decided to take on her rapists through the judicial process? Wait, we need not guess. The saga of the Unnao rape survivor, including how her family was all but wiped out, is a reminder.

However, it is not only this judgment. The regressive approach seems to be part of a pattern in which courts across India, including the Supreme Court, have treated survivors of sexual assault or rape with disdain. Courts offered little to no dignity to women who came knocking. In the most recent instance, the outgoing Chief Justice of India, J Sharad Bobde, asked an accused who had applied for bail, “will you marry her?” The accused had allegedly raped the woman when she was a schoolgirl, an understanding was reached between elders that he would marry her when she became an adult, but he did not, which led her to file a case. “If you want to marry her, we can help you,” the then CJI told him but clarified the remark after public outrage. Irrespective of an understanding, he should have been tried as a rape accused rather than a man walking on the wrong side of the street.

There are several pronouncements from that mindset. Five years ago, the Delhi High Court overturned filmmaker Mahmood Farooqui’s conviction of raping a foreign post-graduate student on the benefit of doubt argument. The woman had told the court she had said “no” to his advances. “Instances of woman behaviour are not unknown that a feeble no may mean a yes,” the judge argued and said that “in an act of passion, actuated by libido, consent could be complex…and it may not necessarily always mean yes in case of yes or no in case of no”. In the same case, the court remarked that if a woman knew her attacker, she should bring up the assault with him the next day because “it will be surprising if you don’t”.

That year, the Punjab and Haryana High Court, while releasing three men on bail who had been convicted of using nude pictures of a woman to blackmail her into having sex with them for 18 months, stated that the victim’s behaviour could be interpreted as a “misadventure stemming from a promiscuous attitude and a voyeuristic mind”. It said that her story did not “throw up gut-wrenching violence that normally precede or accompany such incidents”. In another case in 2016, the SC remarked that the “victim must immediately hurry home in a distressed, humiliated and devastated state” after an assault or rape, or it will be “unusual”. In yet another case, the Karnataka High Court advised women not to immediately fall asleep after “the perpetration of the act” as that would be “unbecoming of an Indian woman”. This had to be expunged later.

There are more examples than can fit in an article but it is difficult not to see that the Tejpal judgment, with remarks such as how the woman’s casual behaviour did not signify trauma or the woman’s photos the next day showed she was “not disturbed…terrified or traumatised”, fits the pattern. The judgment states that her “narrative is of extreme implausibility”.

The woman need not fit the judge’s idea of the perfect victim. She argued, through a legal process, that she was the victim of a sexual assault, rape. She was simply a woman wronged who sought justice when violated but learned that she, not her accused, was on “trial” here.

The author is a senior Mumbai-based journalist and columnist. She writes on politics, cities, media and gender. The views are personal