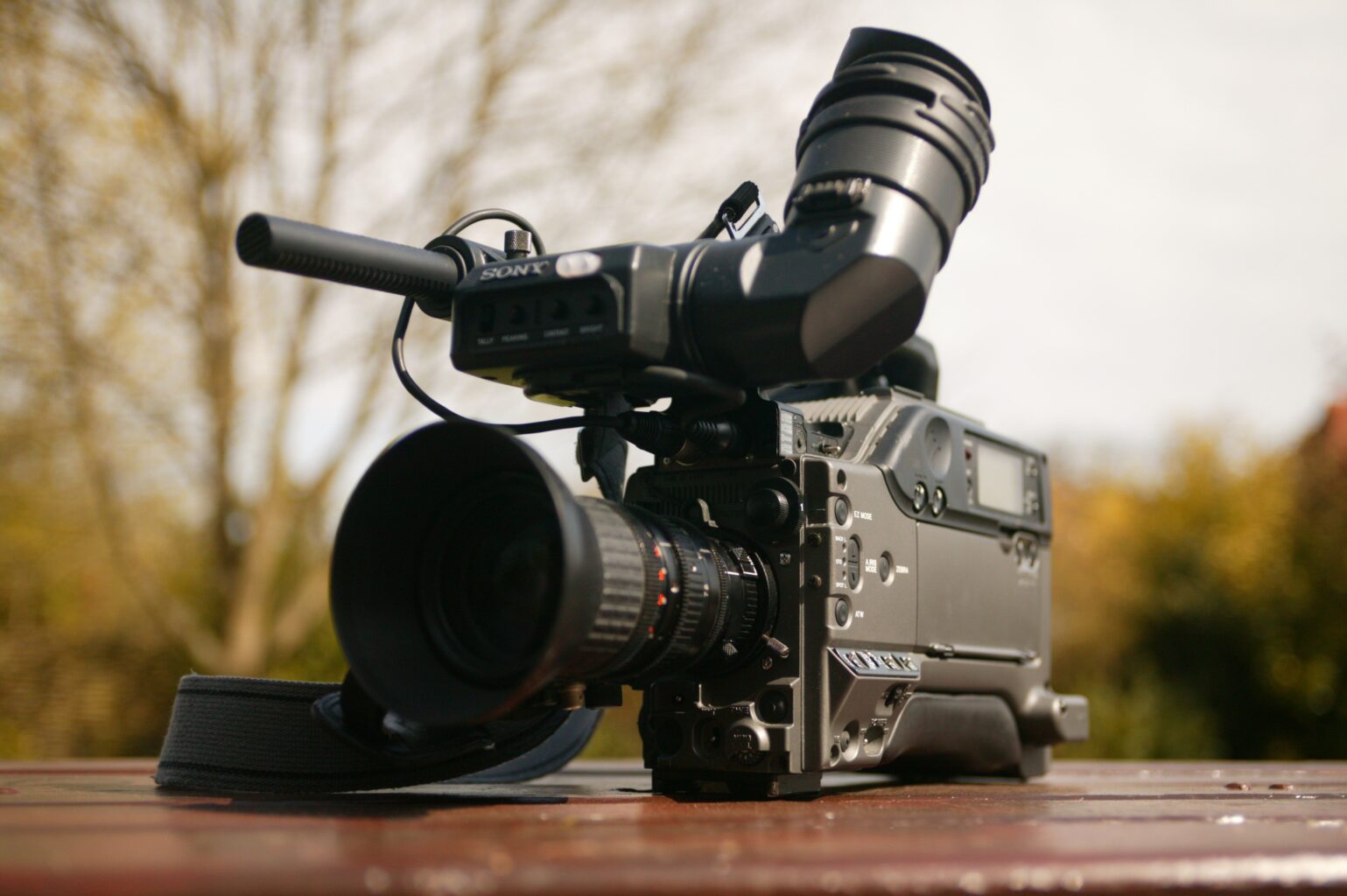 Media Policy 2020: Mocking Freedom of Speech and Expression in Jammu and Kashmir

Government interference and regulation of media hampers the effective functioning of any democracy. As the fourth pillar of democracy, its independence is crucial for robust governance. The increased attacks and arrests of journalists have rang alarm bells across the country. The situation is even more so intensified in the highly militarised and sensitive area of Jammu and Kashmir, where curb on freedom of press distorts ground reality and national narrative of the state. MISBAH RESHI critically examines the New Media Policy ofthe state in prevailing situation of freedom of press in Jammu and Kashmir.

A year after Article 370 was unilaterally amended, Free Press Kashmir, an online news portal, uploaded a unique editorial piece. The entirety of the editorial page was a blacked-out document with only few words visible, sending a clear message: press freedom in Kashmir was under serious threat.

On June 2, the Jammu and Kashmir administration approved a new media policy titled ‘Media Policy 2020’ in order to “ensure a synchronized and effective use of all forms of media to build public trust, foster a genuinely positive image of the Government based on performance and strengthen the relationship with key stakeholders.”

Immediately after its release, journalists and media houses in Kashmir took to various platforms expressing their anger at the new media policy.

With a low-speed internet connection and a partial movement lockdown, journalists in Jammu and Kashmir were barely managing to work when the New Media Policy in Kashmir was released. This policy, as stated by a member of the Kashmir Editors Guild, was formulated without any communication or consultation with the editors and journalists of the valley.

The new media policy has taken away the basic principle of a free press and systematically stifled all forms of dissent.

In New York Times v. Sullivan, where the US Supreme Court ruled in favour of the newspaper, the paper had argued, “if a newspaper had to check the accuracy of every criticism of every public official, a free press would be severely limited.”

One of the main objectives of the policy is to “thwart mis-information, fake news and be alert to any attempts to use the media to incite communal passions, preach violence, or to propagate any information prejudicial to sovereignty and integrity”. Any media that violates this objective will be banned from receiving any advertisements from the government in addition to facing legal proceedings. They have the power to initiate criminal proceedings under various provisions of the Indian Penal Code and Cyber laws.

Officials of the J&K Department of Information and Public Relations (J&K DIPR) have the power to determine fake news or anti-national activities. In a nutshell, this means that a government administration body will have the power to control the news that will be published.

In the vaguest of terms, the policy also states that the Director of DIPR can suspend advertisements to newspapers, journals, and magazines that misrepresent information, violate any guidelines or do not meet the desired standards.

In a massive blow to independence of the media, the policy states that before empanelling newspapers for government advertisements, the antecedents of all those officially associated with the newspaper will be examined. Robust background checks will be conducted before granting accreditations to journalists. Thus, officials of J&K DIPR have the power to ascertain who is a journalist, something which will have serious consequences on the nature of information reported.

In a nutshell, this means that a government administration body will have the power to control the news that will be published.

It is documented that Jammu & Kashmir’s (J&K) diverse and energetic press has around 414 empanelled newspapers, of which 172 are in Kashmir (about 60 in Urdu and 40 English) all of whom will be seriously affected by the new policy.

Press Freedom and Violations  in Kashmir

There are serious dangers that follow if a state dictates the news that should be published for people to consume. It is even more dangerous when states pass laws and policies that allow for imposition on their standards of correct news and information. The New Media Policy demands a critical analysis owing to the history of frequent attacks on press freedom in Kashmir.

In 2017, photojournalist Kamran Yusuf was arrested by the National Investigation Agency (NIA), and detained under the Unlawful Activities Prevention Act (UAPA). The NIA argued in court that the charges against Yusuf were legitimate as he was not a “real journalist”, given the fact that he had not covered social work done by the army and paramilitary forces.

In August 2018, Aasif Sultan, the Assistant Editor at Kashmir Narrator, was arrested under the UAPA after he wrote a story on militant commander Burhan Wani of  Hizbul Mujahideen. The police have charged him under UAPA for hatching a criminal conspiracy for a militant. In the same year Auqib Javid, associated with the daily Kashmir Observer, was summoned and interrogated by the NIA for three consecutive days for his interview with Aasiya Andrabi, a separatist leader.

In November 2019, Basharat Masood of Indian Express and Hakeem Irfan of Economic Times were summoned by the counter-insurgency grid of the police and grilled for stories they had carried. Two of the most popular English dailies, Greater Kashmir, the largest in terms of circulation, and Kashmir Reader were banned from receiving advertisements from the J&K government in 2019. Greater Kashmir was blacklisted from receiving central government advertisements in 2008.

The criminalisation and intimidation increased from August 5, 2019.

Senior journalist Peerzada Ashiq of the Hindu was summoned by the Anantnag police in connection with the headline of a report regarding the exhumation of bodies of three militants. A young woman photojournalist Masrat Zahra, was charged under the UAPA for uploading an image of a Shia procession where one of the participants was carrying a poster of Burhan Wani.

Senior journalist, Gowhar Geelani was also charged under UAPA. He was summoned and questioned by police and charged with conducting unlawful activities through social media posts, but no specific post was named.

The New Media Policy does not directly impose restrictions on the freedom of press but places a deterrent wherein journalists and media houses could be targeted for the material they publish.

Qazi Shibli, of the website ‘The Kashmiriyat,’ was arrested under the Public Safety Act (PSA) and taken to Bareilly jail in Uttar Pradesh after he reported on a government order of troop build-up in the valley. During his detention, TIME magazine listed Shibli on the fifth spot in ‘10 Most Urgent Threats to Press Freedom’. He was released after 9 months of detention.

The founding editor of The Kashmir Walla, an online news portal, was summoned and questioned for six hours for a report on a gunfight in Srinagar. A month later, he was summoned again for an FIR number 70/2020, which mentioned several charges including “attempt to murder and instigation”.

Indian Constitution and Freedom of Press

In the case of Romesh Thapper v. State of Madras, it was observed that freedom of press was an essential part of Article 19 (1)(a). It is under this article of the constitution that the media seeks protection against censorship and other modes of stifling free speech.

In Secretary, Ministry of Information & Broadcasting v. Cricket Association of Bengal & Anr the court held that “The freedom of speech and expression includes the right to acquire information and to disseminate it.”

In S.P. Gupta v. Union of India, the court asserted that for any democratic government to function, it needs to be held accountable which is possible only when people know about the functioning of the government. Hence, for an effective participatory democracy, the right of free speech and expression must be guaranteed.

The New Media Policy does not directly impose restrictions on the freedom of press but places a deterrent wherein journalists and media houses could be targeted for the material they publish.

It is even more dangerous when states pass laws and policies that allow for imposition on their standards of correct news and information. The New Media Policy demands a critical analysis owing to the history of frequent attacks on press freedom in Kashmir.

Even prior to the policy, the government was criminalising and harassing journalists, but the policy gives it legal power to do so against anyone critical of its actions. Given the past record of newspapers that have been critical getting banned, the possibility of overuse and misuse is well predicted. The new media policy has taken away the basic principle of a free press and systematically stifled all forms of dissent.

The future of Kashmir media

After August 5, 2019, the media in Kashmir was silenced. A single media facilitation centre was set up, after a week of the shutdown, which had four desktops connected with an Internet-leased line connection for local media houses and journalists. A Kashmiri journalist stated, “You can imagine what journalists are going through – the wait, the desperation to file a report on a computer that is available to you only for a brief span of time, the sure knowledge that your identity and the material you are researching or reporting would be under the scanner, and that if you put out any material the state considers seditious, you could land up in prison.”

On the other hand, journalists who were flown from Delhi to Kashmir were allowed easy access to reporting, but only when the information department briefed them on normalcy every day. Hence, the narrative projected by journalists flown in from Delhi was diametrically opposite from the news reported by local journalists and international media. It was clear who were stenographers and who were journalists.

What happened as the immediate aftermath of the parliamentary decision has the potential of becoming the new normal for freedom of the press in Kashmir.

The control on the determination and dissemination of truth should not be with those who have the most to lose when the truth comes out. The character of James Rivington in the series Washington Spies, says: “One cannot speak truth to power if power has no use for truth”.