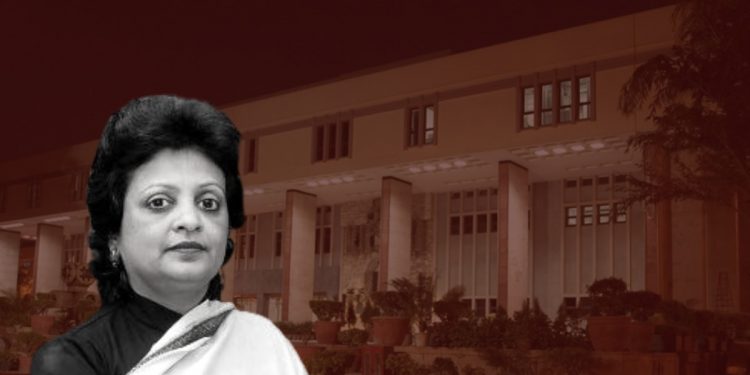 SECTION 375 of the Indian Penal Code(IPC) has two exceptions. Exception 1 says a medical procedure or intervention shall not constitute rape, whereas Exception 2 says sexual intercourse or sexual acts by a man with his own wife, the wife not being under 15 years of age, is not rape. Amicus Curiae, Rebecca John, argued before the Delhi High Court bench of Justices Rajiv Shakdher and C. Hari Shankar on Wednesday that if express or implied consent of the woman is necessary to claim Exception 1, the law could not have envisaged absence of consent of the woman under Exception 2. John described the notion that Exception 2 implied the absence of consent of the woman an absurdity which has prevailed over the years.

The Delhi High Court on Wednesday continued to hear the arguments on a batch of petitions challenging Exception 2 to Section 375 of the Indian Penal Code (IPC) in the case of RIT Foundation & Ors. vs. Union of India.

Senior Advocate Rebecca John who was requested by the bench to assist it, began her submissions today which remained inconclusive. On Tuesday, Senior Advocate and amicus curiae Rajshehkar Rao completed his arguemnets.

Referring to Section 105 of the Indian Evidence Act, 1872, John submitted that the burden of proving the said exceptions lies upon the accused. And the test to plead the special exception on a standard of preponderance of probabilities and not proof beyond a reasonable doubt. She cited decisions of the Supreme Court in K.M. Nanawati v. State of Maharashtra, Dahyabhai Chhaganbhai Thakkar v. State of Gujarat and Harbhajan Singh v. the State of Punjab to buttress her point.

Turning to Section 375 IPC, John argued that marriage is the foundational basis for Exception 2 to Section 375. She argued that this Exception does not have to be pleaded or proved unless the existence of the marriage itself is in dispute. Once a marriage is established, no prosecution for the purpose of this section can be authorized, John submitted.

Before going into the nitty-gritty of Section 375, John took the judges through the legislative history of Section 375. She referred to an 1837 draft of the Penal Code prepared by Lord Thomas Macaulay which laid the foundation of IPC, 1860. Section 359(as it was then in the draft) contained a general exception to protect the conjugal rights of the husband.

When the first report on the IPC was put before the Indian Law Commissioners, they objected to the general exception and inter-alia said “the early age at which children are married and are in the eye of law wives, makes it necessary that protection should be given to them by the law till they are of age to reside with their husband”. Based on these comments by Indian Law Commissioners, the draft that culminated in the IPC, 1860 included Exception “Sexual intercourse by a man with his own wife, the wife not being under ten years of age, is not rape.”

Also Read: Amicus Curiae explains before Delhi HC why exception to marital rape should be struck down

In this light, John sought to submit that the original thinking was to safeguard the conjugal rights of the husband and the exception was introduced after the considerable debate to protect wives below 10 years of age from forcible sexual abuse. John also referred to common law doctrines of Coverture and Implied consent to submit that even before Macaulay’s draft, the wife’s consent was excluded from the ambit of the penal provision. As per this doctrine of Coverture, the legal rights of a woman were subsumed by her husband after marriage. By entering into marriage, a wife was considered to have granted irrevocable sexual consent to her husband.

John referred to the English Judge Matthew Hale’s comments on this doctrine. According to him “The husband cannot be guilty of rape committed by himself upon his lawful wife, for by their mutual matrimonial consent and contract the wife hath given herself up in this kind unto her husband which she cannot retract.”

Citing from the decision of the Supreme Court in Independent Thought, John submitted that the age under the Exception is perhaps the only component that has changed over time. She took the judge through the judicial decisions in the UK which watered down the common law position to accommodate different factual situations arising between the husband and wife. John, in particular, extensively relied upon the decision of the House of Lords in the famous R vs. R.(1991) in which it had struck down marital rape exception. Following the decision in R vs. R, the phrase ‘unlawful sexual intercourse’ as mentioned in UK’s Sexual Offences (Amendment) Act 1976 was considered a ‘surplusage’ by the House of Lords and therefore was subsequently removed from the definition of ‘rape’ through the Section 142, Criminal Justice and Public Order Act, 1994.

After adverting to the legislative history and the position in the common law, John turned to Section 375 of the IPC as existed today. She read out the full text of Section 375 IPC which reads as follows-

John added that what is being penalized is not a descriptive act, that is, a sexual act. What is being penalized is the sexual act described in the first part of the Section along with conditions mentioned in the act from firstly to seventhly.
“Suppose a woman does not give her consent for the sexual act and the man based on that refusal does not commit any descriptive act. the matter ends”, John explained her argument.

Sexual acts with consent are permissible. It can be out of love, out of pleasure, or whatever reasons. That is, John said, not an offence. Sexual acts without the women’s consent is an offence. John added that Section 375 is perhaps the only offence in IPC where women’s consent is central to making an act an offence. John said to her knowledge Section 375 is the only provision that provides non-consent of the woman a reason for the invocation of Section 375. She also referred to Section 497(adultery) which the Supreme Court struck down, to say that it talked of the consent of the husband. John thus submitted that it is necessary to look at Section 375  to some extent from the point of view of the woman.

It is the non-consent of the woman to a sexual act by the man that becomes the foundational basis for the invocation of the penal provision. In light of this, John emphasised that if we read Exception 2 to Section 375 in a manner in which it has been framed in absolute terms, the sexual intercourse or sexual act by a man with her own wife is not rape. The Exception, John contended, in effect gives a go-by to the second part of Section 375 of the IPC where the consent of the woman is necessary for doing the descriptive acts as mentioned in the first part of Section 375.

John thus submitted that when we look at exceptions in absolute terms, we should not allow an absurdity to prevail.
Implicit in Exception 1 is the express or implied consent of the patient who is a woman otherwise it will lead to very serious consequences. John however clarified that there may be situations where to save the life of the woman perhaps if she is involved in an accident if there is something which needs to be removed from her private parts, she is unconscious then the doctor can do it without her consent but then we will rely on general exceptions given in Section 92 CrPC read with Section 52 of the IPC- an act done in good faith to save the life of the woman. That is the only time a medical procedure/intervention can be done without her express or implied consent. It could not have been the intent of Parliament that a woman goes for cataract surgery but a procedure is done on her vagina without her consent.
John thus submitted that the underlying immunity in Exception 1 is the consent and so is the case with Exception 2 as well.

John’s arguments remained inconclusive for the day. She would continue her arguments on Thursday at 3 pm.