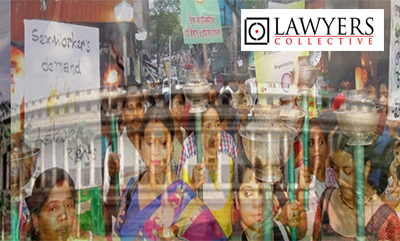 [WATCH] Press Conference on the “Trafficking of Persons (Prevention, Protection and Rehabilitation) Bill, 2018”

[dropcap]T[/dropcap]he Government is set to introduce the Trafficking of Persons (Prevention, Protection and Rehabilitation) Bill, 2018 (“the Bill”) in the Lok Sabha during the current – Monsoon session of  Parliament.

The Bill, which has been in the making for over two years, miserably fails to address the legal and real-time challenges that arise in addressing trafficking in persons and securing the rights and dignity of trafficked victims.

The reasons for introducing the Bill remain unclear. Despite the existence of Section 370 of the IPC, which was introduced in 2013 on the recommendation of the Justice J.S Verma Committee to punish trafficking of persons for all purposes with imprisonment of 7 to 10yrs, the Bill claims that there is no law on trafficking for physical and other forms of exploitation. NCRB reports confirm that thousands of cases of trafficking for forced labour, begging and marriage – which the Bill describes as ‘new’ crimes, are being prosecuted under current laws.

The Ministry of Women and Child Development’s (“MWCD”) decision to focus on ‘labour-related trafficking’ is questionable; especially when enforcement of labour rights and laws requiring just working conditions have been weakening over the years. Furthermore, trade unions and workers’ rights groups have not been consulted in drafting the Bill.

The MWCD’s promise of a ‘victim centric’ law falls flat as all that trafficked victims get is ‘detention’ in protection homes – a practice that has been severely criticized by international human rights experts and community groups. There is no compensation, monetary assistance or livelihood guarantee, which is what victims need most to rebuild their lives. With fuzzy, overbroad and overly punitive provisions, the Bill marks a new ‘low’ in the criminal justice system and will end up being challenged in Courts as unconstitutional.

The Bill is nothing but a veiled attempt to further criminalise sex work and other marginalized sections of society like unorganized workers and transgender persons.

Civil society actors, labour-rights activists, sex workers, legal experts and human rights groups will be addressing a PRESS CONFERENCE to alert the public about the dangers of the Bill.

We seek to urge the Minister for Women and Child Development to:

17 July 2018, New Delhi: Representatives from various NGOs, workers unions,  and legal experts criticized the Trafficking Bill, which is sought to be introduced by the Minister for Women and Child Development (“MWCD”) – Smt Maneka Gandhi in the Monsoon session of Parliament. The group called upon the Minister to reconsider introducing the Bill or alternatively, refer it to a Parliamentary Standing Committee for review and consultations with all stakeholders.

The MWCD claims that there is no law on trafficking for physical and other forms of exploitation, when in fact there a large number of laws against forced labour, trafficking for sexual exploitation, begging as well as a comprehensive provision i.e section 370, Indian Penal Code, 1860 (“IPC”), which was introduced in 2013 on the recommendation of the Justice Verma Committee which punishes trafficking for all forms of exploitation with 7-10yrs imprisonment. “What we need is accountability of State actors under existing laws and not new or more laws on trafficking”said Enakshi Ganguli of the HAQ Centre for Child Rights.

The Bill is being justified as a means to address labour exploitation. Questioning the MWCD’s mandate on labour legislation, Kiran Kamal Prasad, who works with bonded labourers, stated:“Unless the three keys of labour rights—recruitment, wages and working conditions are regulated, forced labour and trafficking cannot be stopped. The Bill is absolutely silent on this aspect.”

The Bill must be seen in light of how it would affect workers, particularly those who are more likely to face difficult working conditions: women, dalits, adivasis – those who are desperate to find better livelihoods and migrate for this reason. The persistent agrarian crisis and lack of sufficient decent jobs – whether in cities or in rural areas has been lost sight of. “Instead of focusing on economic and social security, the Government is criminalizing the poor and the vulnerable and their safety net” remarked Konnonika of the National Federation of Indian Women.

Gautam Mody, Secretary of the New Trade Union Initiative, said:-“The approach of the Bill in focusing on rehabilitation is significantly different from laws like the Contract Labour Act and the Inter State Migrant Workers Act, which mandate registration of workers and require them to have benefits. The phrasing of the Bill limits responsibility to individuals, taking away from corporate criminal liability for trafficking caused due to their production lines or supply chains.”

Dr Prabha Kotiswaran, who has studied the legal response to trafficking internationally, lamented the Bill’s uncriticial application of raid, rescue and rehabilitation in “‘homes”, which are used in sex work to other situations of exploitation. The UN Special Rapporteur on Trafficking in Persons, especially Women and Children and other international experts have criticized detention of victims of trafficking as being incompatible with human rights. Yet, “protection homes” remain the main stay of rehabilitation for trafficked victims. There is no compensation, monetary assistance or livelihood guarantee, which is what victims need most to rebuild their lives. The Bill has been drafted in a vacuum, devoid of social realities.

The Bill ignores the recommendations of a Supreme Court-appointed panel on i) prevention of trafficking and rehabilitation of sex workers who wish to leave sex work.

Dr. Smarajit Jana, a member of the Panel from Kolkata, stated that the Panel’s suggestions were based on in-depth analysis and multi-stakeholder deliberations, including with various departments of the Centre and State Governments over five yrs. One of the key recommendations of the panel was to adopt community-based rehabilitation, i.e. alternatives that are not contingent on trafficked women staying in state-run “homes”. Another suggestion was to revise laws like the ITPA so as to distinguish between those coerced into sex work and those who engage in it voluntarily, so that interventions are tailored to those who need them. “None of these ideas have been considered, let alone adopted in the Bill.”

Anand Grover, Senior Advocate,Lawyers Collectivecriticized the vague and overbroad provisions of the Bill, which kick in even when no trafficking has taken place. The Bill criminalises a host of activities including electronic communication through websites, social media and what’s app which “may lead to” or are “likely to lead to”, trafficking. This is dangerous for civil liberties and the freedom of expression. “The Supreme Court has struck down similarly vague provisions of the Information Technology Act, 2000. If this Bill is passed, it will meet with the same fate.”said Grover.

Rejecting the Minister’s claim that the Bill does not target adult, consenting sex workers, Kusum of the All India Network of Sex workers and Nisha Gulur of the National Network of Sex Workers said that the provisions directly and indirectly criminalise sex workers. “Clause 39 criminalises “soliciting” through electronic messages and “obscene photographs” – this is “clearly curbing our communication. Proposed offences of trafficking and exposure to HIV and pregnancy are aimed at sex workers. Besides, the Immoral Traffic Prevention Act, 1956 is not being repealed and so, sex workers will continue to face arrest and imprisonment.”

“The Bill needs serious reconsideration. It should not be passed in its current form” —  urged all speakers.