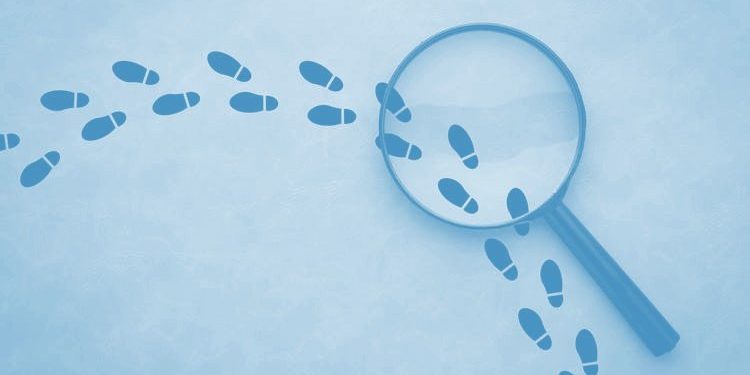 Private investigation agencies must be regulated through legislation, for they violate the fundamental right to privacy of individuals, writes  NISHTHA NIKHIL GUPTA.

RECENTLY, a Public Interest Litigation was filed at the Delhi High Court demanding a review of the status of private investigators and detective agencies in India, while lobbying for the enactment of the long-pending Private Detective Agencies (Regulation) Bill of 2007. The bill was tabled in Parliament and was subject to review by a Parliamentary standing committee. However, it has not yet seen the light of the day. It beckons, therefore, a review of the status of private investigators in India, their legality and legitimacy in the country. I argue that private investigation agencies violate the fundamental foundations of Indian constitutions rooted through human rights.

A basic Google search for private detective agencies in India would provide a list of multiple agencies and individual agents touting to be the best detective agencies in the country, offering services ranging from “pre-marital investigation, post marital spying, teenager monitoring, evidence collection and more.” A recent article questions how the State can acquiesce to private companies to carry out surveillance in and police the streets of Bengaluru. The phenomenon not only dilutes equitable access to public property, but enables states to forfeit their obligation to ensure public safety to unaccountable private entities.

Investigation, evidence gathering, and crime detection are functions exclusively bestowed on State-authorized agencies like the police and specialized departments.

However, an understanding of Indian procedural and substantive laws would suggest that investigation, evidence gathering, and crime detection are functions exclusively bestowed on State-authorized agencies like the police and specialized departments.

The Criminal Procedure Code of India, in its Section 29(h), defines investigation as “all proceedings under this Code for the collection of evidence conducted by a police officer or by any person (other than a Magistrate) who is authorised by a Magistrate in this behalf”, thereby bringing any private element out of its purview. Similarly, under Section 173, the report of the investigation can only be submitted by the investigating officer to the court. Moreover, the admissibility of illegally obtained evidence as per the Indian Evidence Act is also suspect, at best. On the other hand, private detective agencies are not recognized by law, operate in a vacuum, possess no authority, and can be said to collect evidence through illegal means.

Within this context, I will argue that private agencies violate the right to privacy of individuals, which is not only a fundamental right but also a human right under the International Covenant on Civil and Political Rights [ICCPR], necessitating the enactment of a law regulating their activities.

Also read: How the Drone Rules, 2021 threaten the right to privacy

As a signatory to the ICCPR, India has obligations under Article 17, which protects the privacy of an individual. India has sourced this obligation to Article 21 of the Indian Constitution. An inexhaustible source of rights, this provision confers on every person the right to life and personal liberty. The scope of personal liberty has come for debate before the Supreme Court on several occasions, where surveillance, inquiries about a person, keeping an eye on their movements, and unauthorized intrusions were considered to violate liberty and privacy of an individual. Yet, right to privacy as a fundamental right remained an elusive concept which courts had to grapple with.

Later, in what was a watershed moment in Indian jurisprudence, a Constitutional bench of the Supreme Court in Justice K.S. Puttaswamy (Retd.) vs. Union of India (2017) affirmed the right to privacy as a fundamental right under this provision, protecting the scrutiny of individuals, their movements, or their choices.

Private detectives violate this right to privacy and the right to be left alone by offering investigation services to their clients. By performing functions of search, seizure, surveillance, collection of evidence, and following movements without legitimate authorization, the agencies violate the right to autonomy of an individual who is the subject of their investigation.

The Puttaswamy judgment also laid a three-pronged test to justify invasion of privacy. This included – the presence of a law justifying the encroachment, legitimacy, reasonableness of the legislation and means adopted by the State to be proportional to the objects law seeks to achieve. However, in the absence of any law or executive order, the other two justifications are rendered futile. The inaction by the State to prevent functioning of such agencies, and lack of regulations to account for their activities, constitutes a blatant violation and disregard for human rights it is obliged to uphold.

Private agencies oppose any objections to their functioning on grounds of Article 19(1)(g) of the Constitution, which guarantees to its citizens the freedom to practice any trade and occupation. This is in consonance with Article 6 of the International Covenant on Economic, Social and Cultural Rights [ICESCR]. However, this ignores the social control/ reasonable restrictions clause (6) of Article 19. This clause provides for reasonable restrictions on the right to trade and profession. Indian precedents hold that State inaction intruding with realization of other fundamental rights also constitutes a violation of the right in question. For instance, inaction in terms of providing adequate housing impinges on the fundamental right to life and personal liberty.

The Supreme Court of India has held in the case of Municipal Corporation of the city of Ahmedabad vs. Jan Mohammed Usmanbhai (1986) that restrictions on trade can be imposed in the “interest of public and for welfare of citizens”. The expression includes public order, safety and morality. Trades and occupations of illegal or immoral nature are subject to restrictions by the State. Lack of any legislation to streamline private investigation compromises public safety and welfare and demands imposition of reasonable restrictions. However, the State’s inaction in imposing such restrictions, allows private agents to function unfettered and violates the effective realization of the fundamental right to privacy.

The 2007 bill seeks to regulate the activities of private agencies which have emerged in the wake of liberalization. The State, through this bill, seeks to ease the burden on police and State agencies, which are overburdened. It further seeks to evolve norms for the functioning of private detective agencies, through the grant of licenses and supervision by central and state boards formed for the purpose.

The bill needs to be re-evaluated, exacting specifications on the powers of agencies, delineating powers of State and private authorities, and bringing amendments to central legislations to uphold the human right to privacy.

However, even the proposed bill in its present form remains disappointing. While the bill, under its Section 28 prohibits invasion of privacy and freedoms, it remains largely farcical and illusory. The bill rings hollow in its lack of specification of powers available to investigators, and the scope of investigations. Additionally, the process of collection of evidence provides unbridled scope and authority to such agencies. This also leaves the bill incomplete, since it would depend to a large extent on interpretation of Indian criminal statutes on matters of admissible evidence, powers of investigation, appearance before courts, and so on. The bill therefore needs to be re-evaluated, exacting specifications on the powers of agencies, delineating powers of State and private authorities, and bringing amendments to central legislations to uphold the human right to privacy.

The courts need to usher in this opportunity to bring India to honour her constitutional and human rights obligations.

(Nishtha Nikhil Gupta is a penultimate year B.A., LL.B. (Hons.) student at the NALSAR University of Law, Hyderabad. The views expressed are personal.)